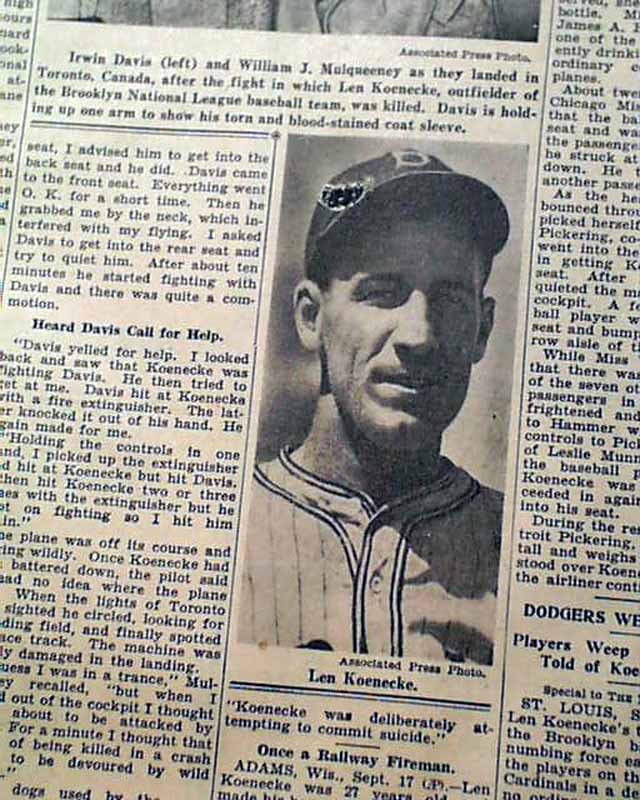 The top of page 3 has a one column heading: "KOENECKE'S PILOT IS HELD AS SLAYER" with subheads and two related photos. (see) Always nice to have notable events in history reported in this World famous publication.
Other news, sports and advertisements of the day. Complete in 48 pages, light toning at the margins, generally nice.