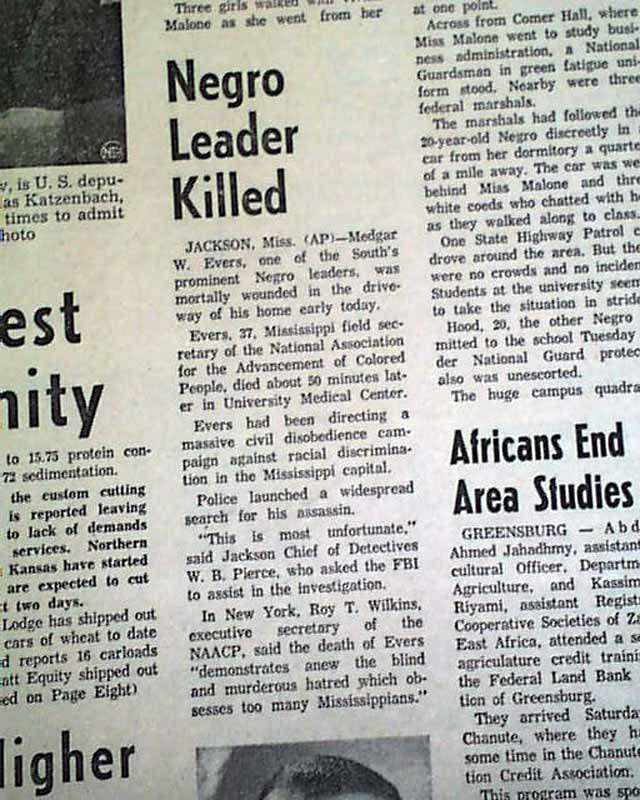 The front page has a one column heading: "Negro Leader Killed" which reports the assassination of African-American civil rights activist Medgar Evers. The report begins: "Medgar W. Evers, one of the South's prominent Negro leaders, was mortally wounded in the driveway of his home early today...".
Also on the front page is the report of Miss Vivian Malone and Jimmy Hood, the first African-Americans at the University of Alabama, being escorted to class: " 'Bama Students Escort 2 Negroes To Classes", they being Vivian Malone and Jimmy Hood. The top of the ftpg. has a photo of Gov. George Wallace & others captioned: "Refused Admittance--Gov. George Wallace of Alabama...reads a proclamation in which he barred Negroes Vivian Malone and James A. Hood from the University of Alabama in Tuscaloosa..." with more.
Eight pages, small binding holes at the blank spine, very nice condition.