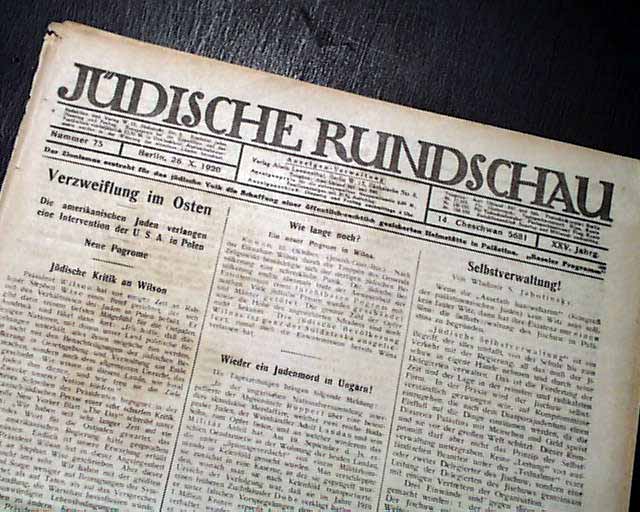 A quite rare Jewish title from Germany just after World War I, with a subtitle in the dateline which loosely translates to "Zionist strive for the creation of a Jewish secured homeland in Palestine."
An eight page newspaper in the German language, and I suspect at least a portion of the content relates to the efforts of Zionists among the Jews in Germany. Nice condition.