Home > Back to Search Results > History is about to be made...
Click image to enlarge 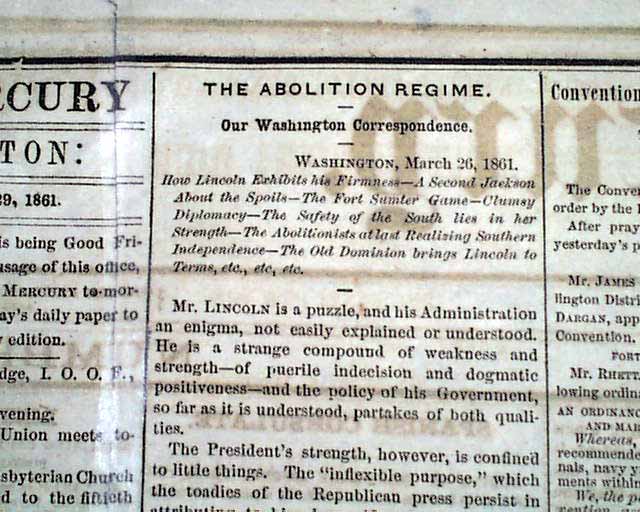 History is about to be made...

South Carolina was the first state to secede from the Union which it did on Dec. 20, 1860. Plus the war began in Charleston harbor with the bombing of Fort Sumter just two weeks after the date of this issue.
The front page has: "United States Army & Navy News" among other items. Page 2 has nearly a full column: "The Abolition Regime" with subheads: "Wow Lincoln Exhibits his Firmness--A Second Jackson About the Spoils--The Fott Sumter Game--Clumsy Diplomacy--The Safety of the South Lies in her Strength--The Abolitionists at Last Realizing Southern Independence--the Old Dominion Brings Lincoln to Terms". The article begins: "Mr. Lincoln is a puzzle, and his administration an enigma, not easily explained or understood. He is a strange compound of weakness and strength..." and much more. A fascinating article (see for portions). Also much on the: "Convention of the People of South Carolina" which takes 2 1/2 columns.
Great to have a Charleston newspaper so close to the outbreak of the Civil War. Four pages, large folio size, minor archival mend on page 2, very nice condition. Folder size noted is for the issue folded in half. 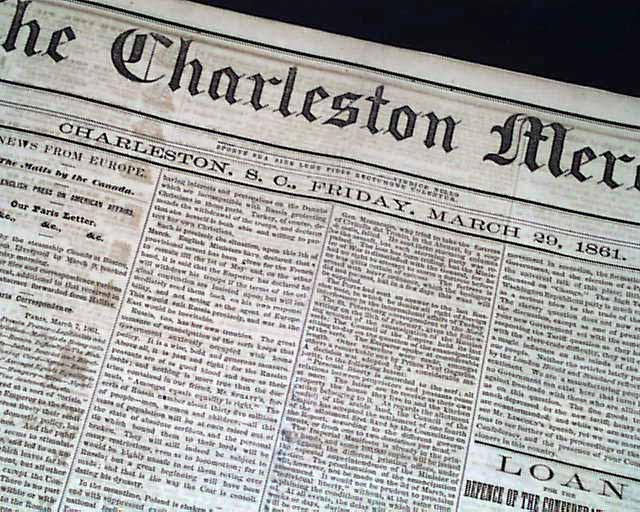 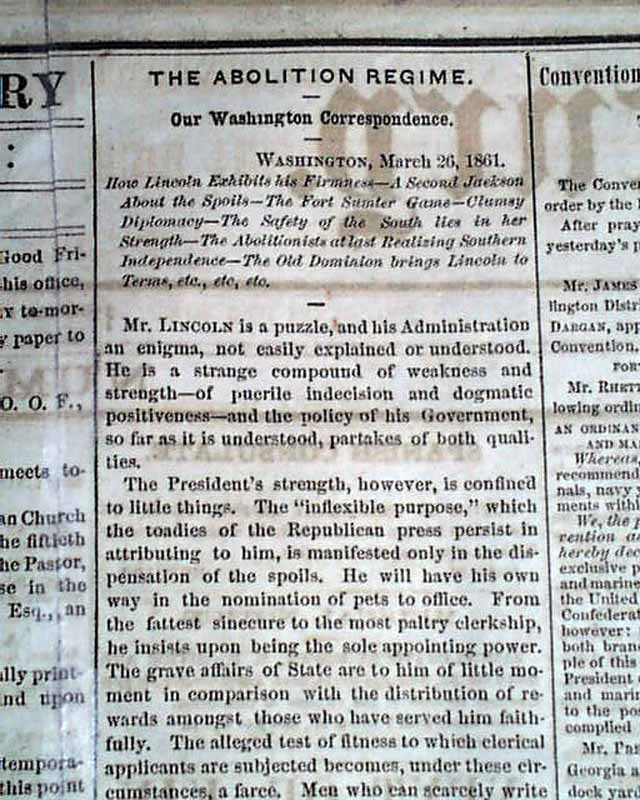 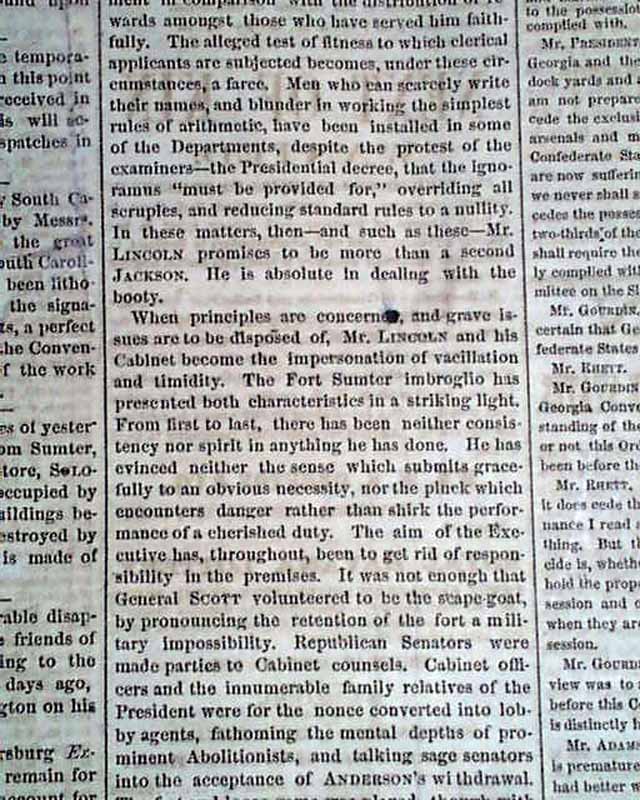 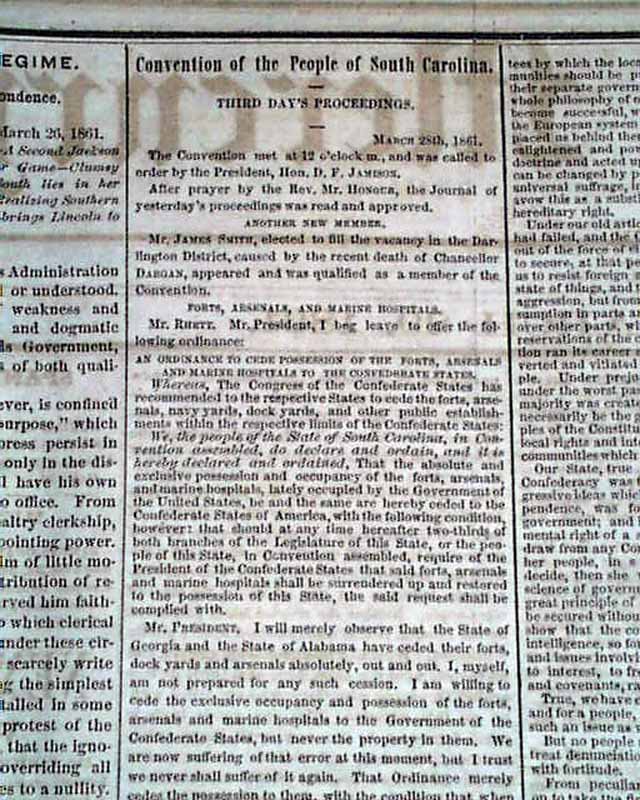