Home > Back to Search Results > Spirit of opposition to England is high...
Click image to enlarge 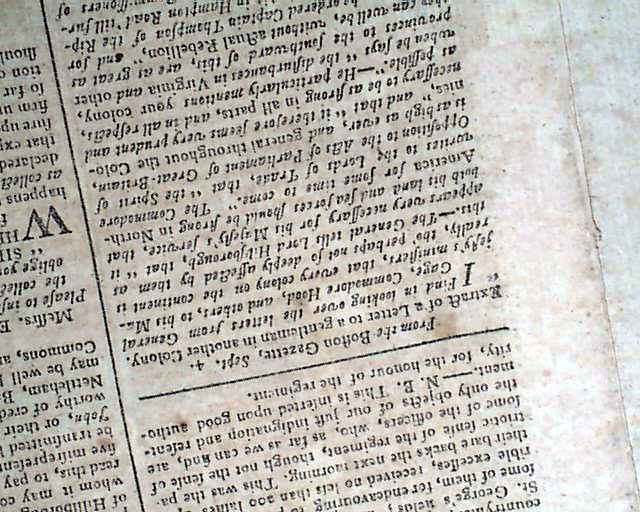 Spirit of opposition to England is high...


PENNSYLVANIA CHRONICLE & UNIVERSAL ADVERTISER, Philadelphia, Sept. 18, 1769  Inside has an item beginning: "When the celebrated Mr. Franklin traveled through part of Scotland some years ago, attended by a negro servant, the fellow, who estimated the value of land..." with a bit more. Another item notes: "...letters from General Gage, Commodore Hood & others...that both his land and sea forces should be strong in North America for some time to come...that the spirit of opposition to the Acts of Parliament of Great Britain is as high as ever, & general throughout the colonies...the disturbances in Virginia & other provinces to the southward...are as great as they can well be without actual rebellion..." with more.
A notable title from the colonial period, that has an ornate royal coat of arms engraving in the masthead.