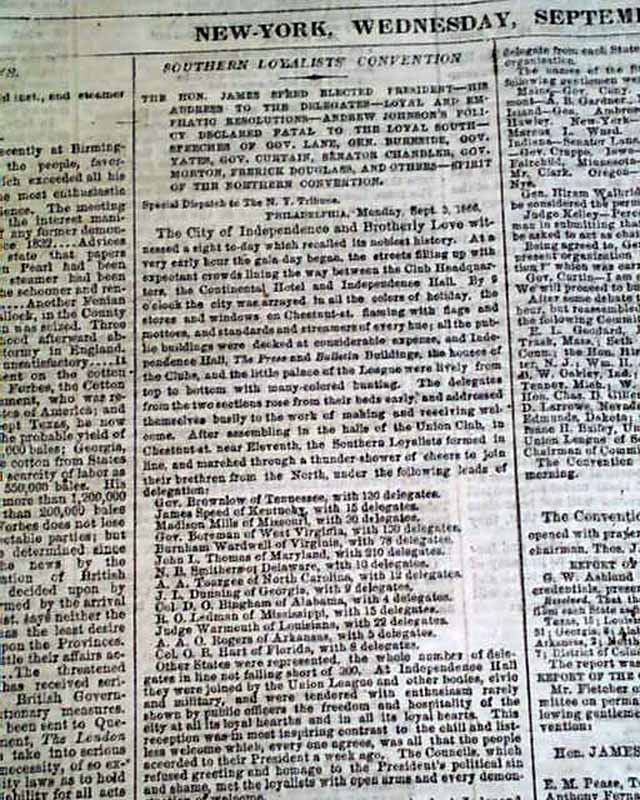 The front page has extensive coverage of the "Southern Loyalists' Convention" held in Philadelphia, with subheads: "The Hon. James Speed Elected President--His Address to the Delegates...Andrew Johnson's Policy Declared Fatal to the Loyal South--Speeches of Gov. Lane, Gen. Burnside...Frederick Douglass, and Others...Spirit of the Northern Convention" and more (see). A few bits note: "...Frederick Douglass excited quite an interest. As the delegates were leaving the Square he and Theodore Tilton walked arm in arm..." and near the end: "...Gov. Curtin and Fred. Douglass made speeches which were warmly applauded...".
This “radical convention” met in Philadelphia from September 3-7. Southern “loyalists” participated, those loyal to Congress and the radical Republican approach to Reconstruction. This coverage takes nearly half of the front page.
Eight pages, very nice, clean condition. 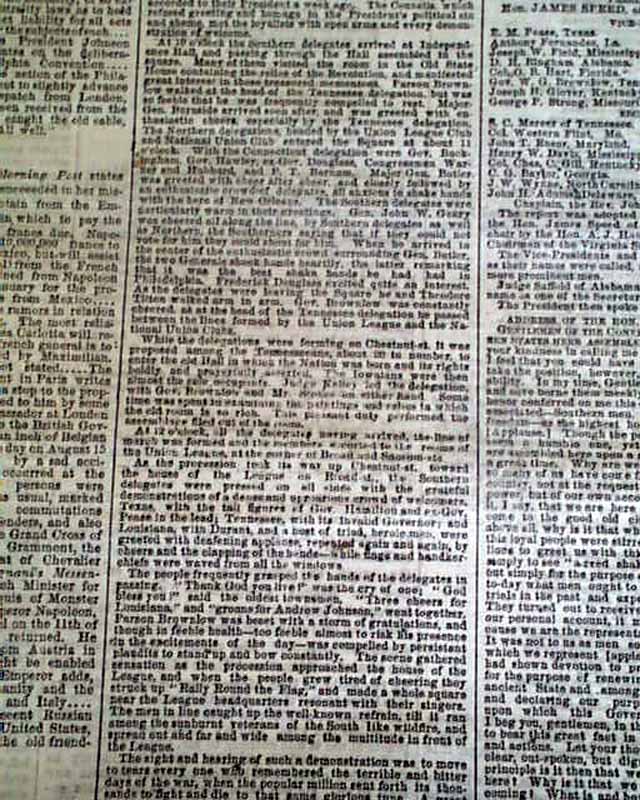 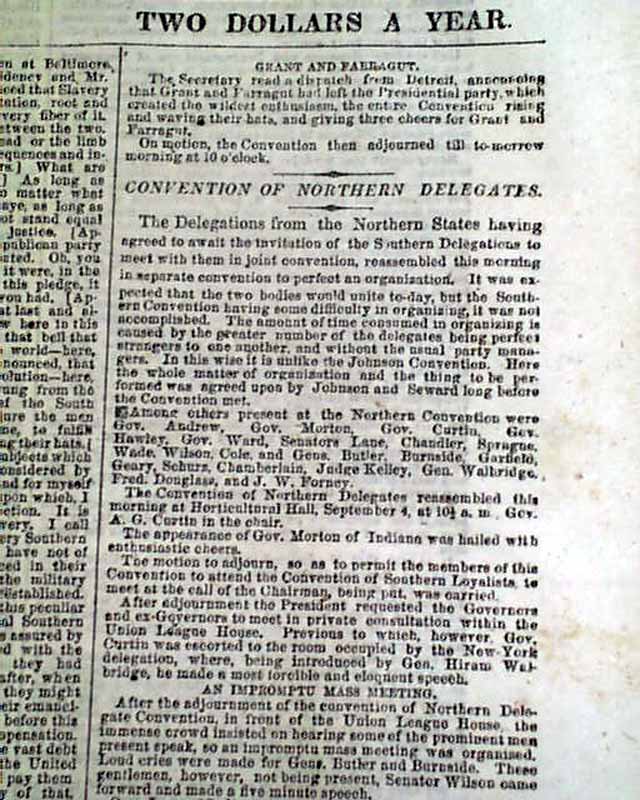 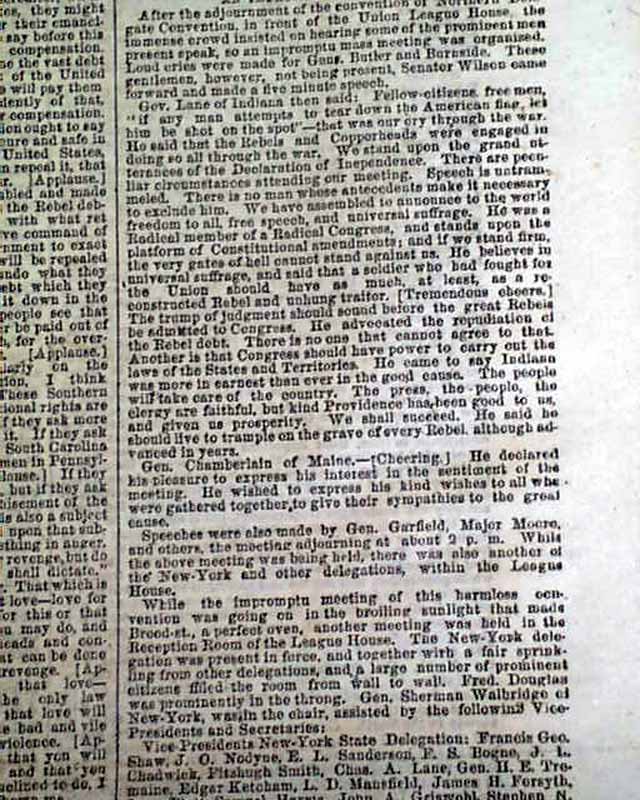 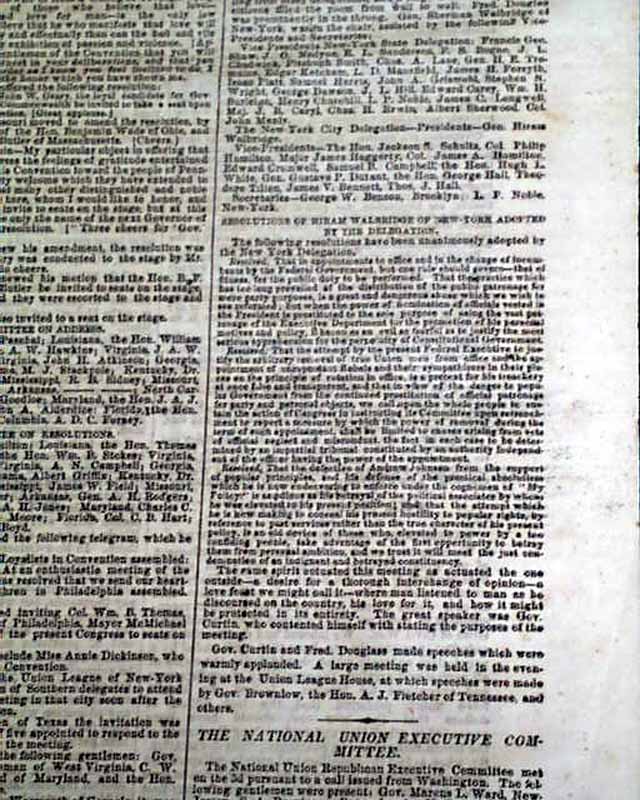 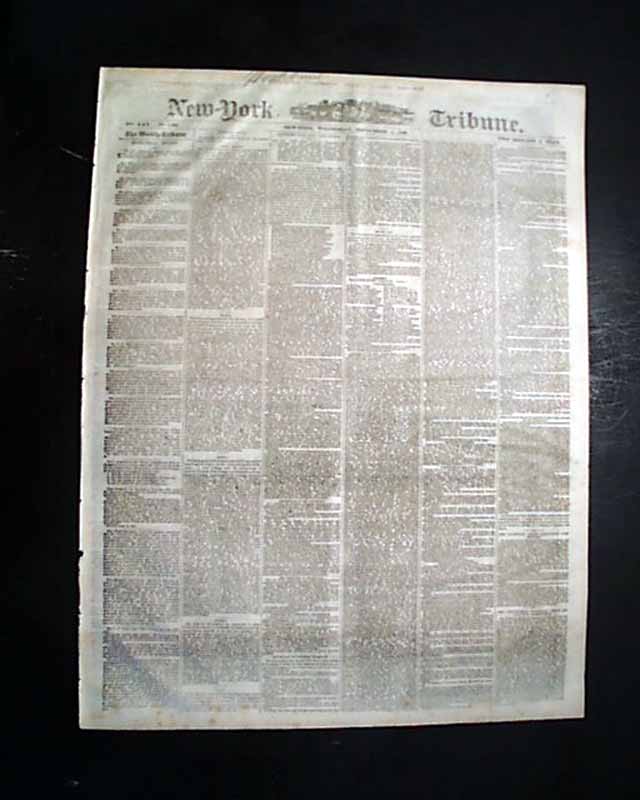