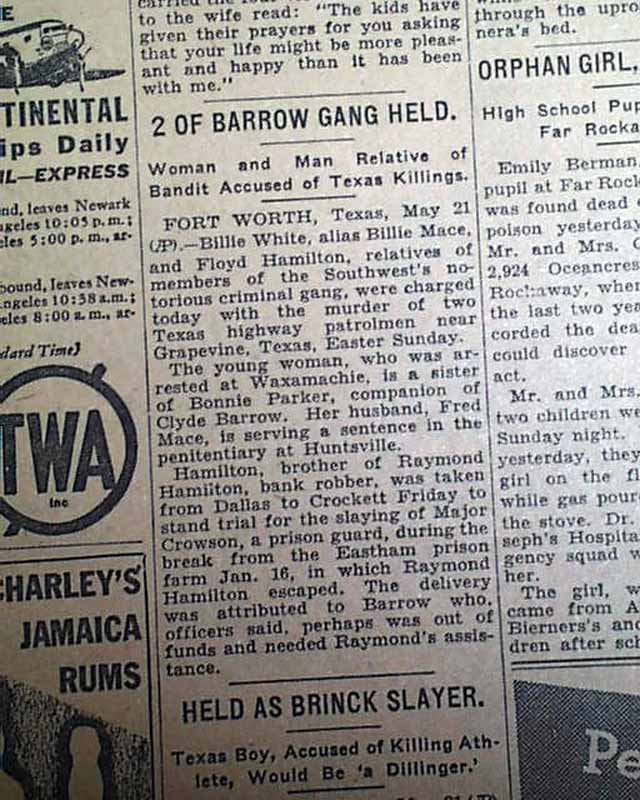 Page 16 has an article with small headings: "2 Of Barrow Gang Held" "Woman and Man Relative of Bandit Accused of Texas Killings" (see) First report coverage on the arrest of Floyd Hamilton and Bonnie Parker's sister. Bonnie and Clyde where ambushed and killed just two days later. Could these two have been on ones who tipped law enforcement to the whereabouts of the infamous duo or was it just a coincidence. I suspect this is one of the few publications to report this particular event as other titles in our inventory do not.
Other news, sports and advertisements of the day. Complete in 46 pages, light even toning, nice condition.