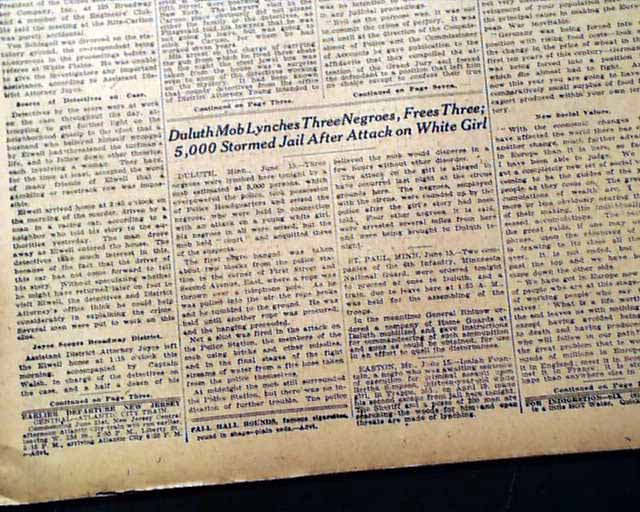 Near the bottom of the front page is a two column heading: "Duluth Mob Lynches Three Negroes, Frees Three; 5,000 Stormed Jail After Attack on White Girl" See images for text here. Always nice to have notable events in history reported in this World famous publication.
Other news, sports and advertisements of the day. Complete in 32 pages, light toning, irregular along the spine, otherwise nice.