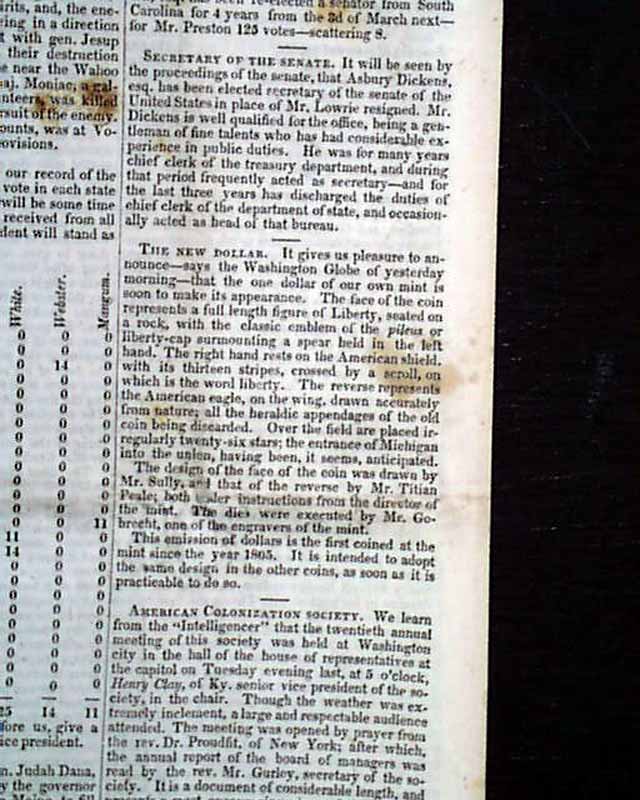 
NILES' WEEKLY REGISTER, Baltimore, Dec. 17, 1836  The front page has a nice descriptive article on the new seated liberty silver dollar by Gobrecht, which will: "...soon make its appearance. The face of the coin represents a full length figure of Liberty seated on a rock with the classic emblem of the pileus or liberty cap surmounting a spear held in the left hand..." with more descriptive text. Rare to find such a detailed description of a new coin.
Inside has two letters each signed in type by the President: Andrew  Jackson, as well as two letters each signed in type by Dolly Madison, as: D.P. Madison, concerning the will of her late husband, James Madison. Rare to find letters written by Dolly Madison.
Sixteen pages, 8 1/4 by 12 1/4 inches, some very lite scattered foxing, otherwise in very good condition. 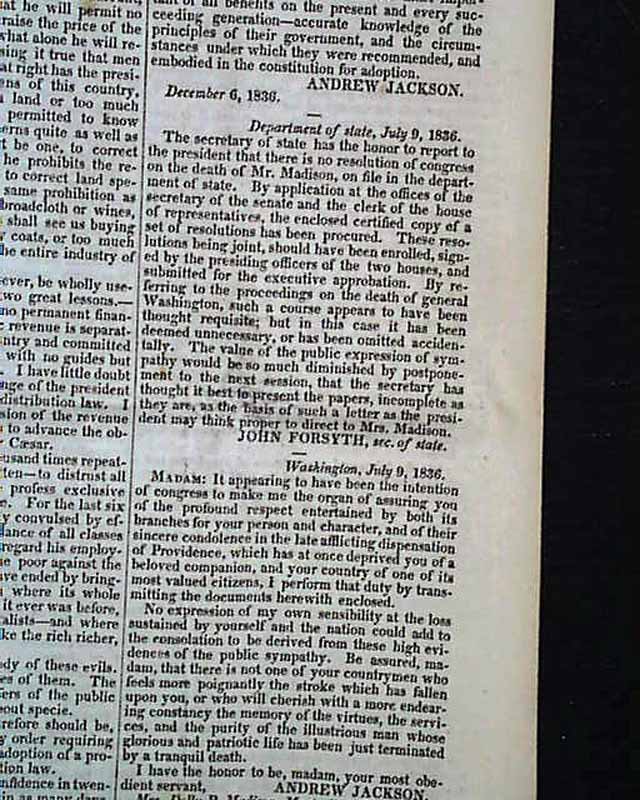 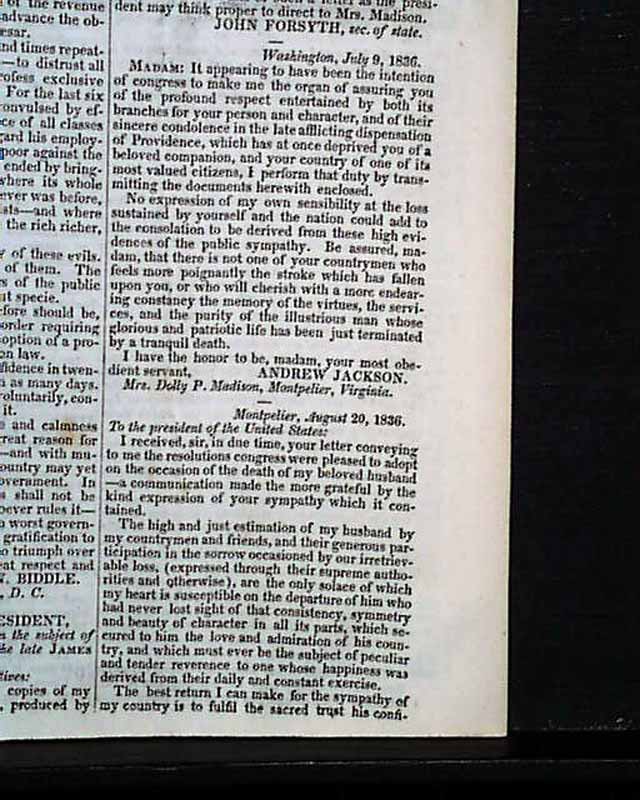 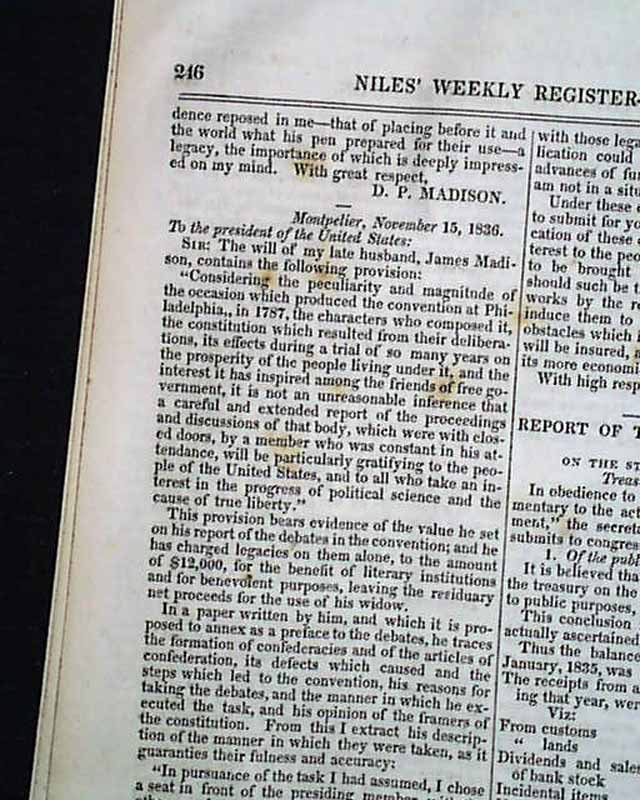 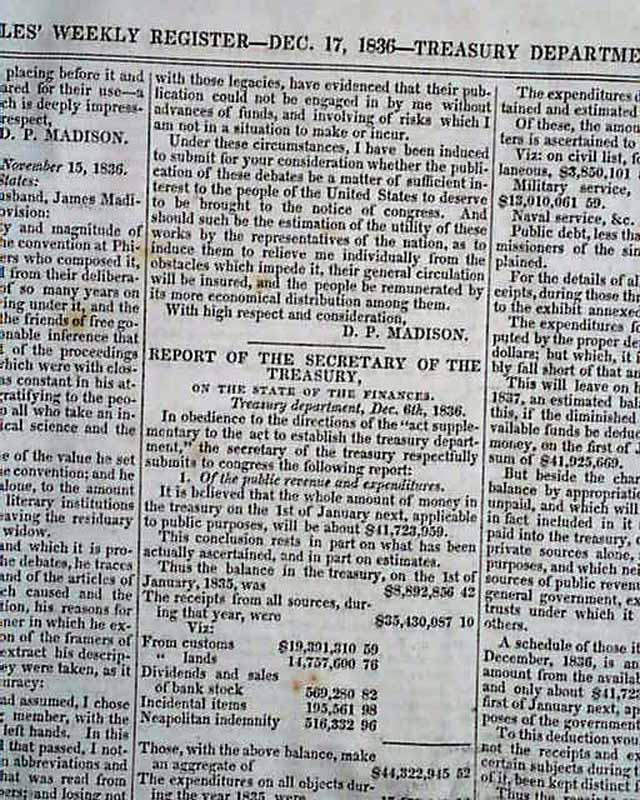 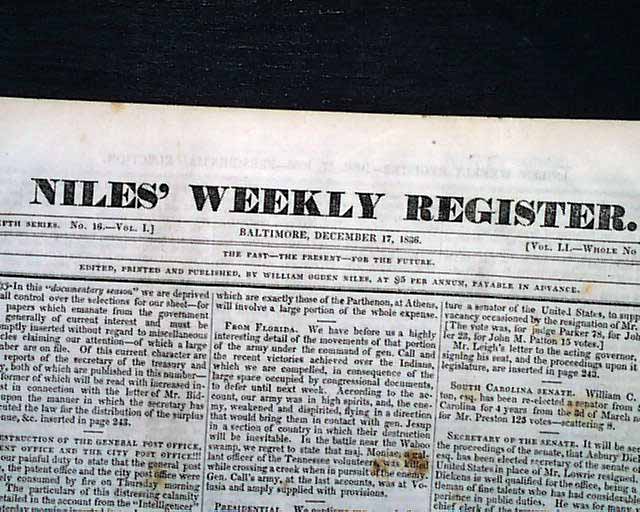 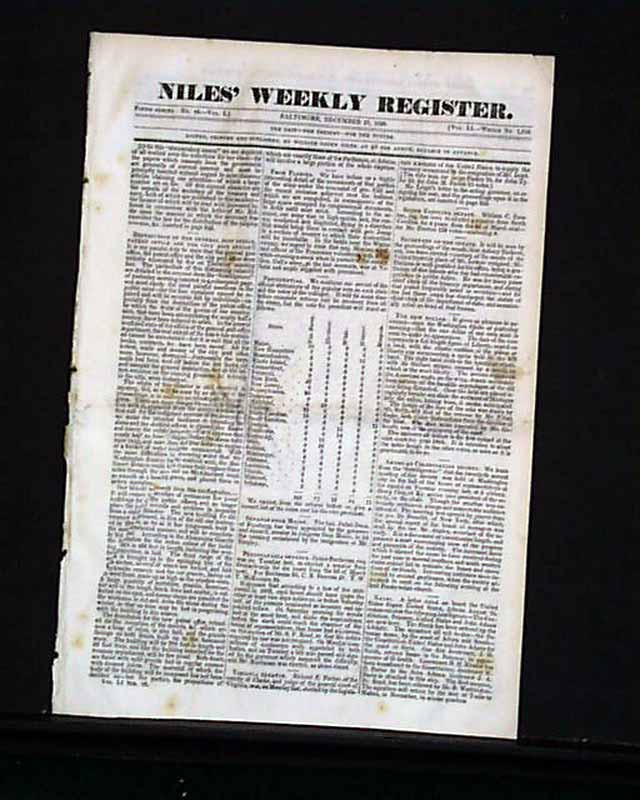