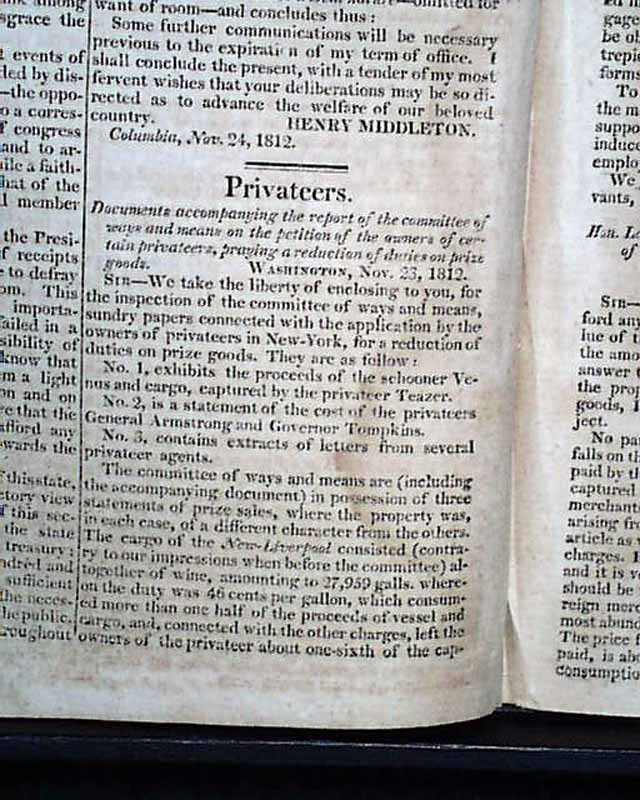 
THE WEEKLY REGISTER, Baltimore, Jan. 2, 1813  Inside includes a lengthy address headed: "Legislature of Kentucky" signed; Isaac Shelby. Other content includes: "Privateers" "Distribution of Army" which includes a state-by-state chart (see photos); "Imprisonment of Seamen" which includes documents signed by James Monroe, James Madison & others.
Over 4 pages are taken up with: "Events of the War" which includes a subhead: "Military" among other reports. Also: "Proclamation" "Perpetual Motion" "The Patriotism of the Fair" "Proceedings of Congress" and more.
Sixteen pages, 6 1/4 by 9 1/2 inches, some dampstaining in the lower right corner and along the spine, otherwise in good condition.