Home > Back to Search Results > Fall of Detroit... Constitution vs. the Guerriere...
Click image to enlarge 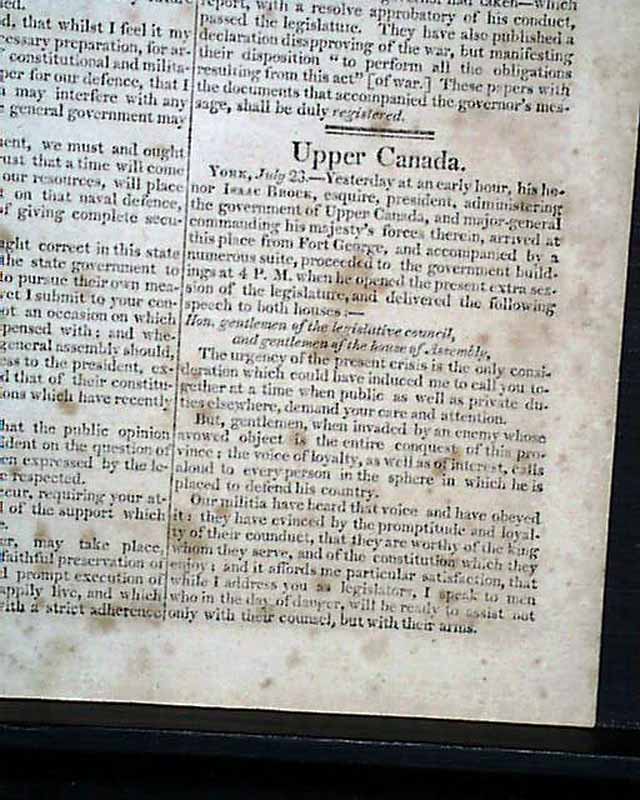 Fall of Detroit... Constitution vs. the Guerriere...


THE WEEKLY REGISTER, Baltimore, Sept. 5, 1812  Inside has reports headed: "Upper Canada" "Account of the Wahabites" "American Prizes" and more. A section headed: "Events of the War" takes over 4 pages and has much on the War of 1812 including much on the fall of Detroit to the British with 4 dispatches signed in type by: W. Hull, Brig. Gen. There is "Naval" reporting as well including mention that: "The U.S. frigate Essex has taken eight English ships..." and details of the; "Particulars of the Late Action Between the U.S. frigate Constitution and the British frigate Guerriere" which takes over half a page (see).
Complete in 16 pages, 6 by 9 3/4 inches, very lite scattered foxing, otherwise in nice condition.