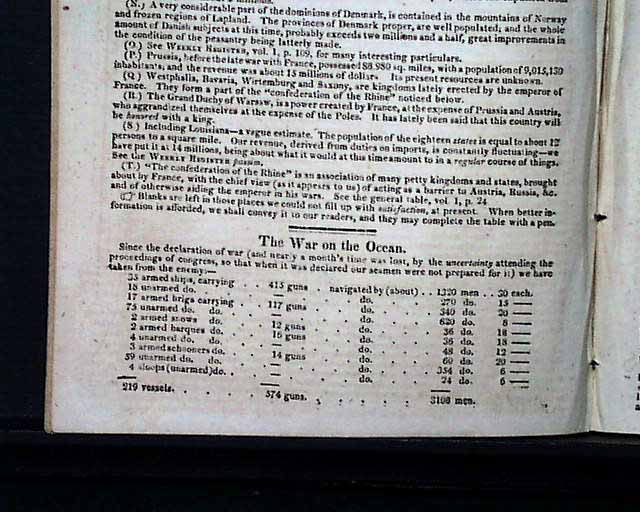 
THE WEEKLY REGISTER, Baltimore, Oct. 24, 1812  Among the articles are: "Distillation of Spirits" and a chart headed: "The War on the Ocean" "The British in the Peninsula". Under the heading: "Events of the War" are several reports on the on-going War of 1812 including subheads: "Military" "Extract of a Letter from S. Dinsmore, Agent for the Choctaw Indians" "Exploit of the British" "Naval" and "American Prizes"
Sixteen pages, 6 1/4 by 9 1/2 inches in very nice clean condition.