Home > Back to Search Results > Adding the wings to the Capitol building...
Click image to enlarge 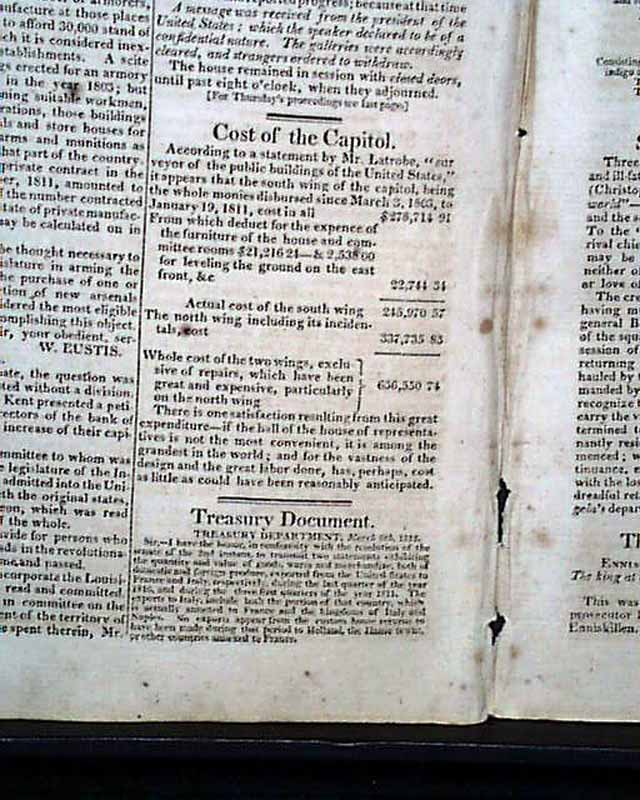 Adding the wings to the Capitol building...


THE WEEKLY REGISTER, Baltimore, Maryland, April 4, 1812  Inside is: "Cost of the Capitol" with the construction of the two wings, totaling $636,735, with some text including: "...If the hall of the house of representatives is not the most convenient, it is among the grandest in the world..." (see photo).
Much other news of the day with a wealth of political reporting. Sixteen pages, 6 1/4 by 10 inches, even toning otherwise in very good condition.

The "fever" for California gold has b...