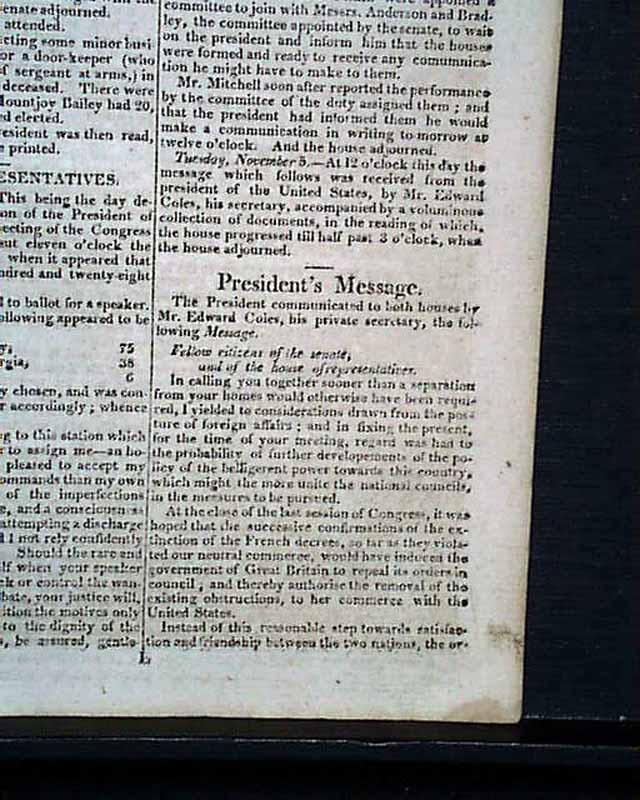 
THE WEEKLY REGISTER, Baltimore, Maryland, Nov. 9, 1811
Beginning on the front page is the: "President's Message" which carries over to take all of pg. 2 and most of pg. 3 where it is signed in type: James Madison. This was the President's annual state-of-the-union address in which he addresses the significant issues of the year and thoughts on 1812, particularly noteworthy since the War of 1812 would begin in less then 7 months.
The balance of the issue has other news of the day & political reports from Congress, etc.
Complete in sixteen pages, 6 1/4 by 9 3/4 inches, very good condition.