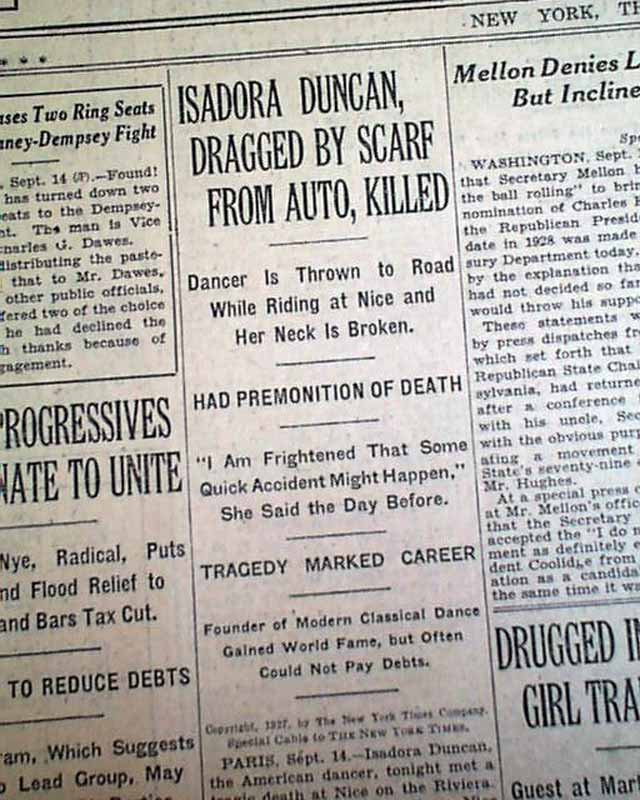 The top of the front page has one column headings that include: "ISADORA DUNCAN, DRAGGED BY SCARF FROM AUTO, KILLED" "Dancer Is Thrown to Road While Riding at Nice and Her Neck IS Broken" "Has Premonition Of Death" "Tragedy Marked Career" and more. (see) Lengthy text. First report coverage on the freak accidental death of the famed dancer involving one the scarfs she was best known for. Always nice to have notable events in history reported in this World famous publication.
Other news, sports and advertisements of the day. Complete in 60 pages, Minor spine wear with a few staples along the spine, generally nice.