Home > Back to Search Results > State-of-the-union address... Much on the War of 1812...
Click image to enlarge 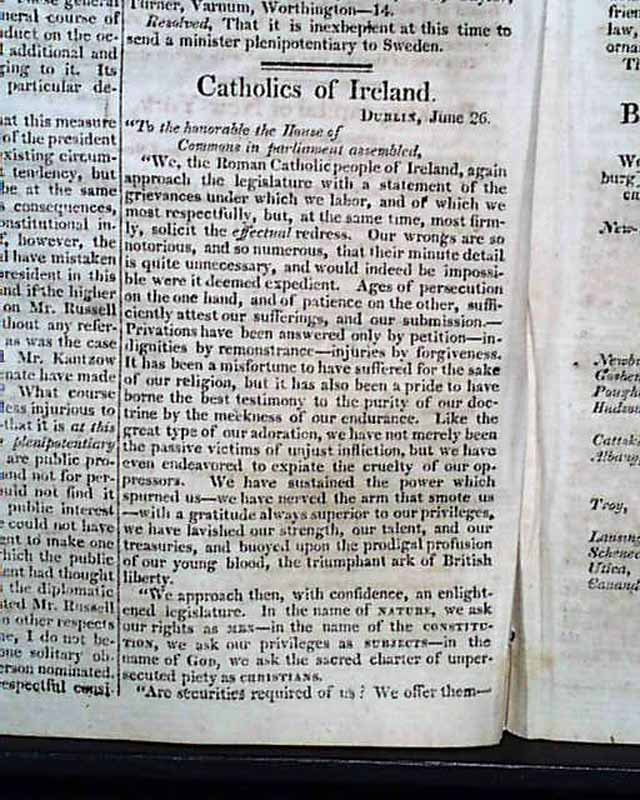 
THE WEEKLY REGISTER, Baltimore, Dec. 11, 1813  Within its pages are: "Catholics of Ireland" "Banking Capital of New York" and much more, but the prime content would be the: "President's Message" which takes nearly 3 pages and is signed in type: James Madison. This is the President's annual state-of-the-union address, with much content concerning the on-going War of 1812.
Also of note are the 7 pages reporting: "Events of the War" with items & subheads including: "Mutiny on Board the Cartel" "Conquest of Canada" "Policy of Taking New Orleans" "Military" "British Official Accounts of the Battle Near Cornwall" "Naval" and so much more.
Complete in 16 pages, 6 1/4 by 9 1/2 inches, lite scattered foxing, otherwise in nice condition.