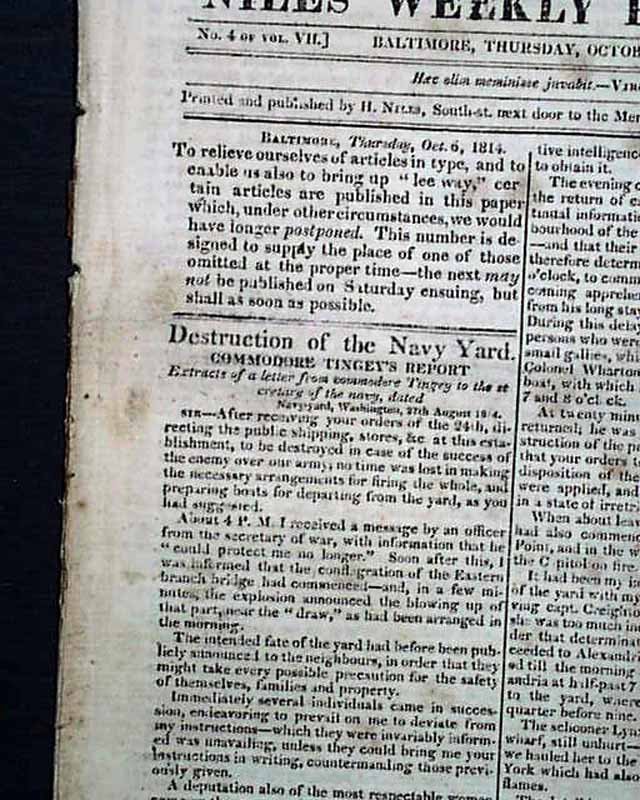 
NILES' WEEKLY REGISTER, Baltimore, October 6, 1814  The very top of the front page has an editor's note explaining the troubles with printing a newspaper in a war zone, as the Battle of Baltimore was just 3 weeks prior (see photos). Also on the ftpg. "Destruction of the Navy Yard" at Washington. Pages 2 & 3 contain: "Enemy in the Chesapeake" which is a great report on the war events in the publisher's backyard (see photos). Also in the issue: "The Eastern Coast" "Macomb's Victory" "Loss of the Adams Frigate" and "Miscellaneous Articles", with a bit more bkpg. content concerning the attack on Baltimore.
A wealth of fine reading, & terrific to have this content in a newspaper from Baltimore.
Sixteen pages, 6 1/4 by 9 1/2 inches, lite scattered foxing, otherwise in good condition.