Home > Back to Search Results > Investigating the invasion of Washington & Baltimore...
Click image to enlarge 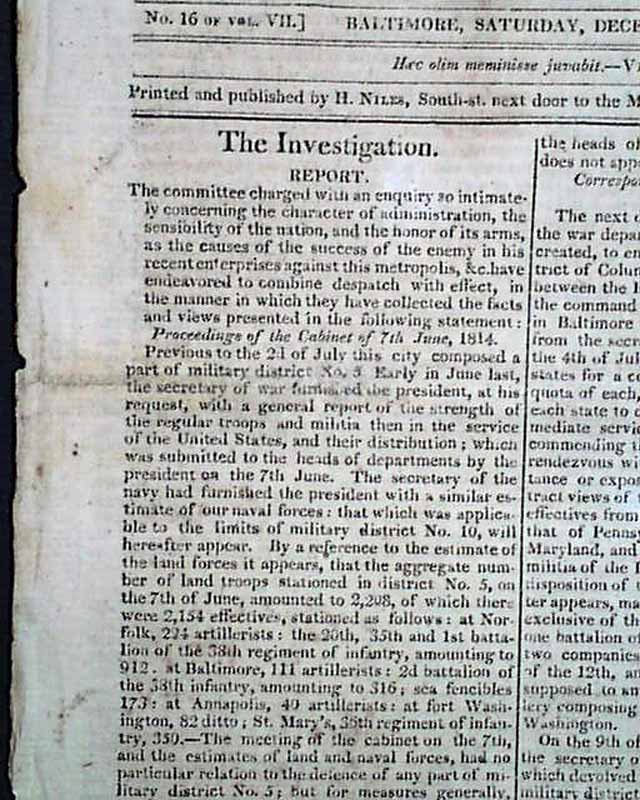 Investigating the invasion of Washington & Baltimore...


NILES' WEEKLY REGISTER, Baltimore, Maryland, Dec. 17, 1814  Almost the entire issue is taken up with "The Investigation" into how the British were able to invade the capital of the United States, Baltimore, & the vicinity, with an effort to find fault in the administration and/or the military leaders. A fascinating report with considerable detail and taking almost 13 pages. Some of the subheads include: "Recapitulation" "The Navy Department" and "The Capture of Alexandria".
Also in this issue are; "Destruction of the General Armstrong" and "Events of the War", the latter including a letter signed in type by the President: James Madison.
Sixteen pages, 6 1/4 by 9 3/4 inches, some lite rubbing on the front page, otherwise in very good condition. 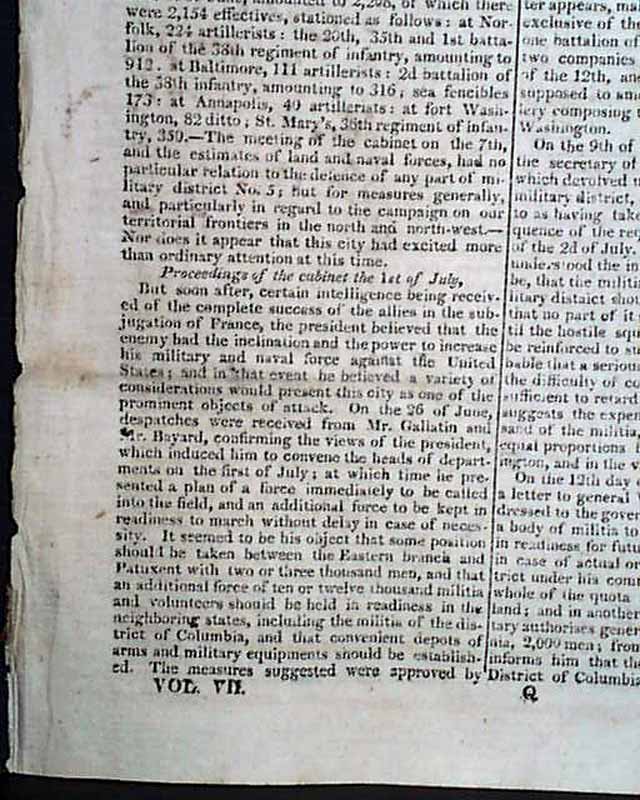 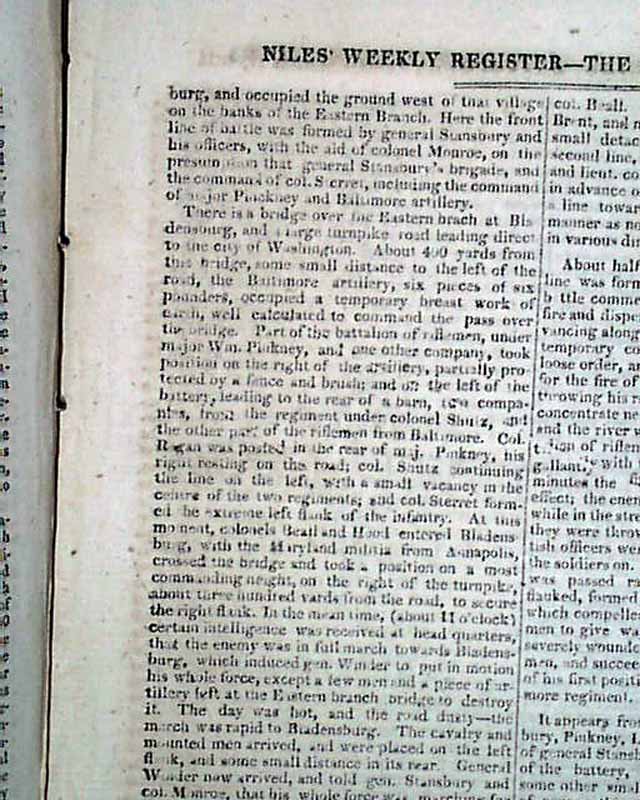 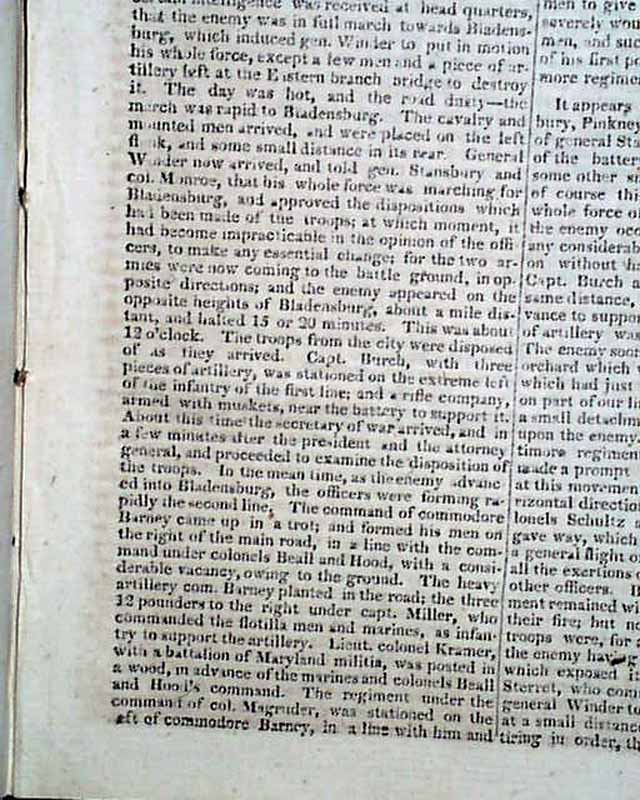 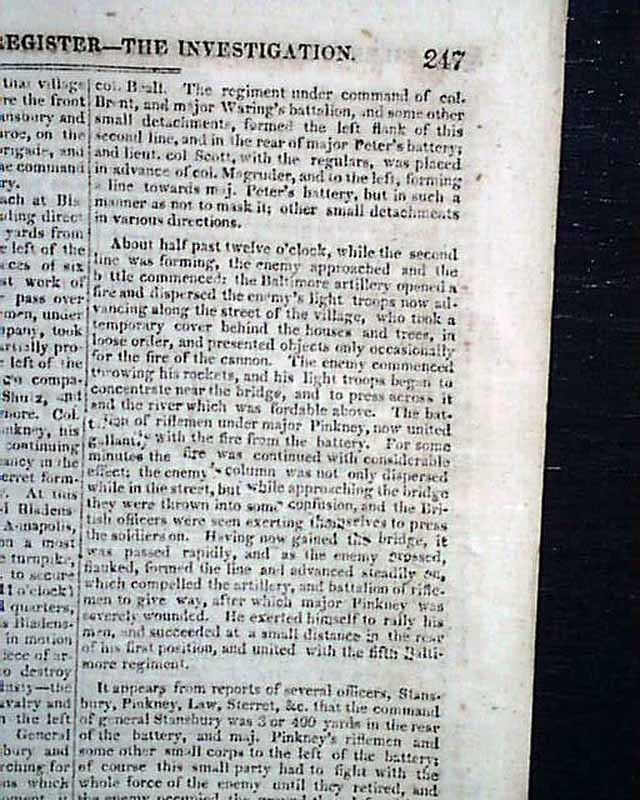 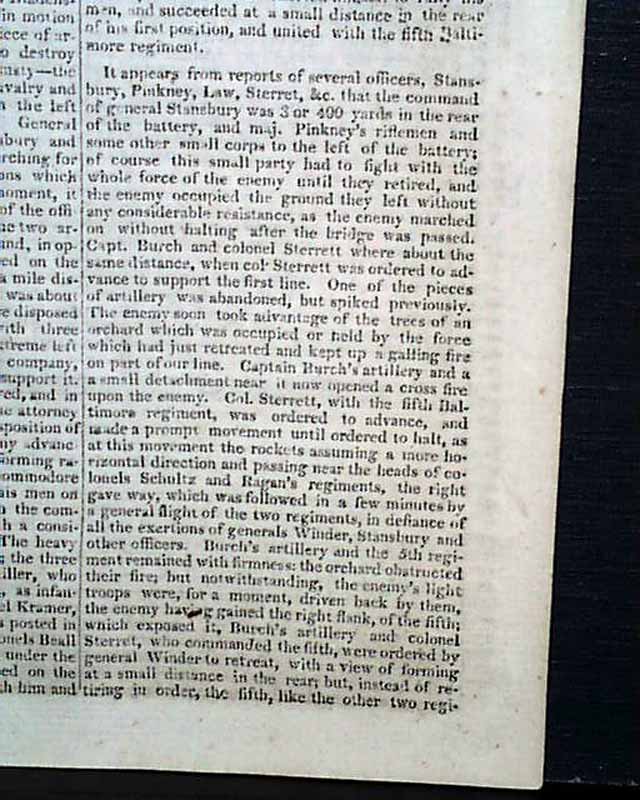 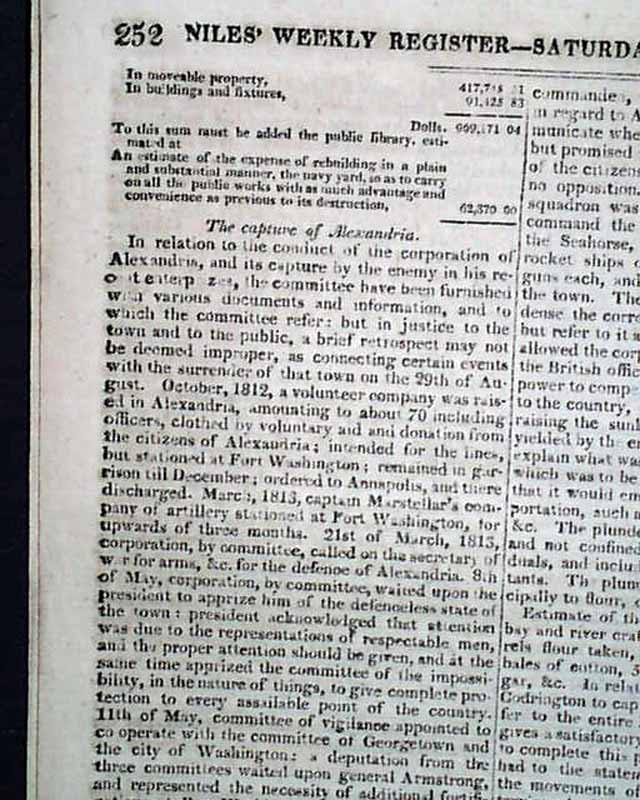 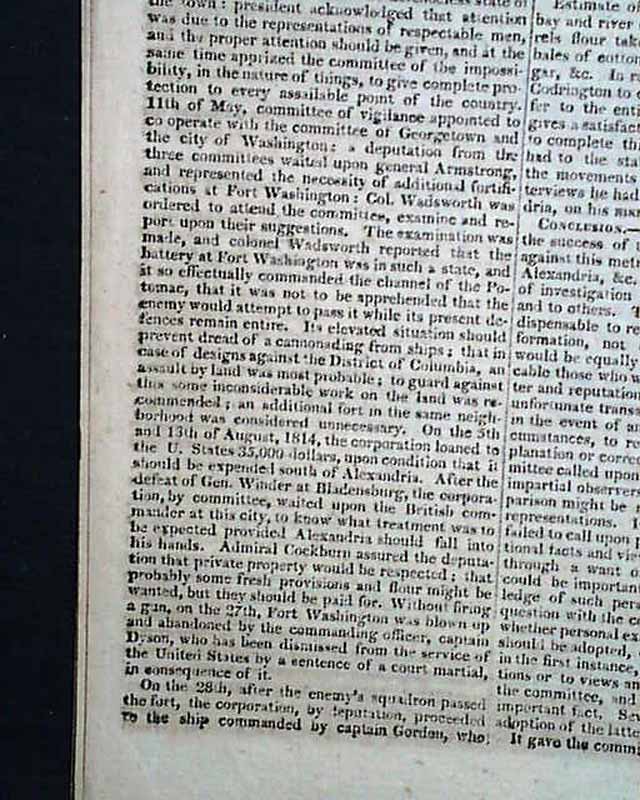 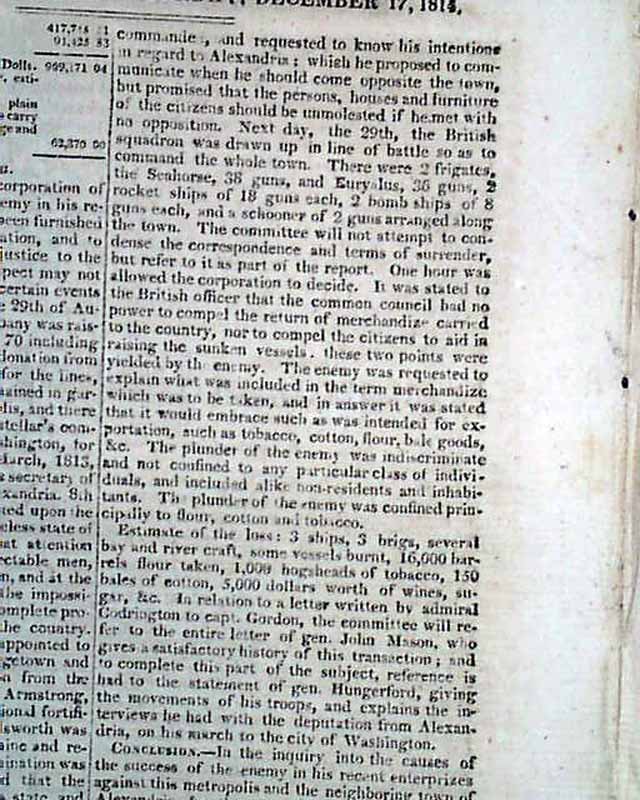 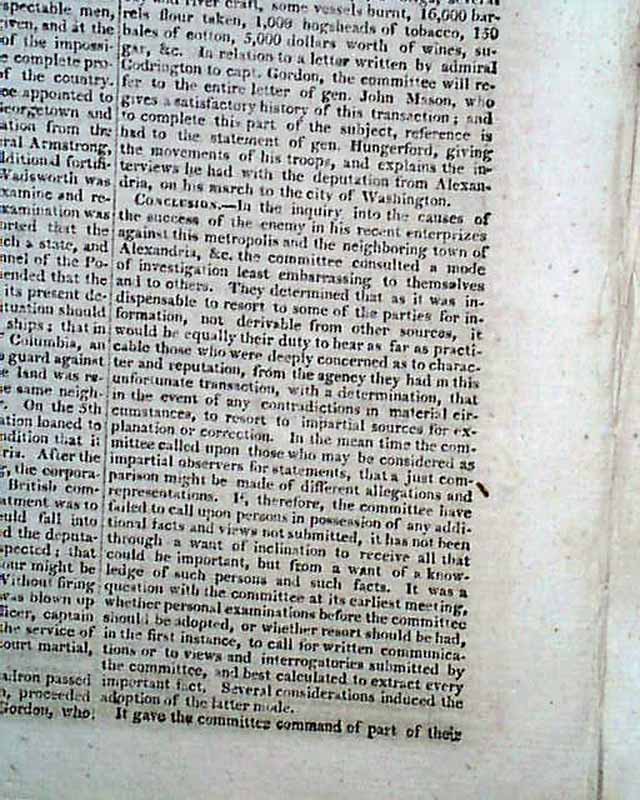 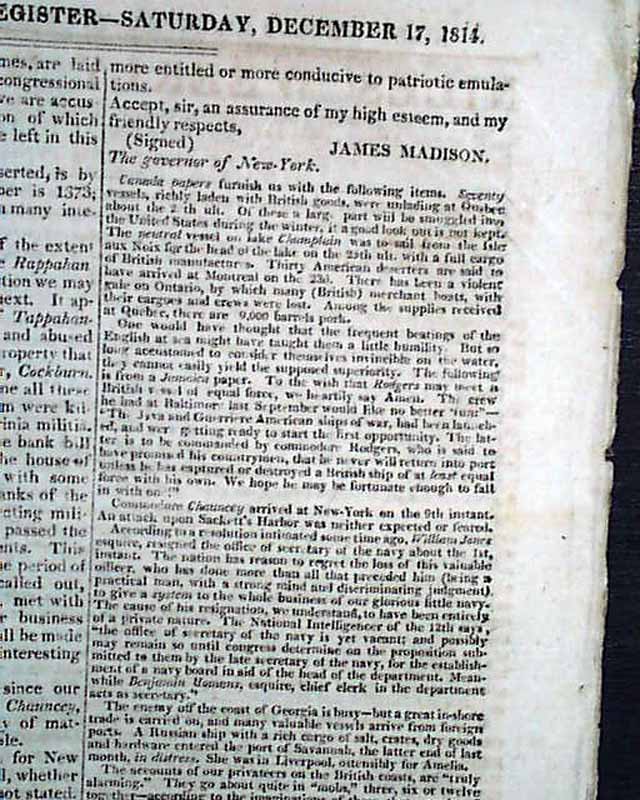 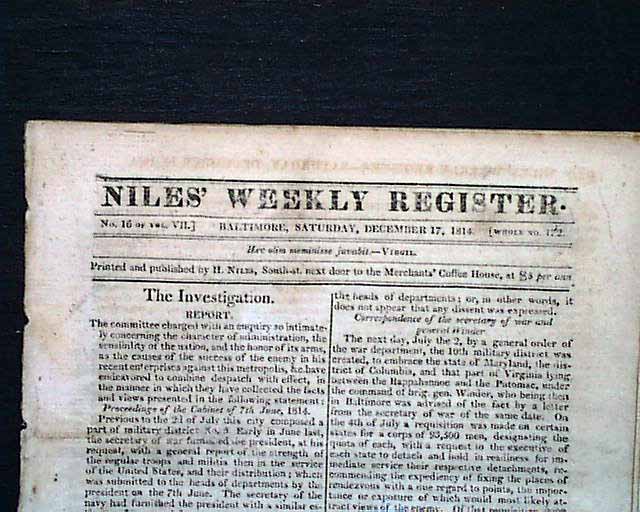 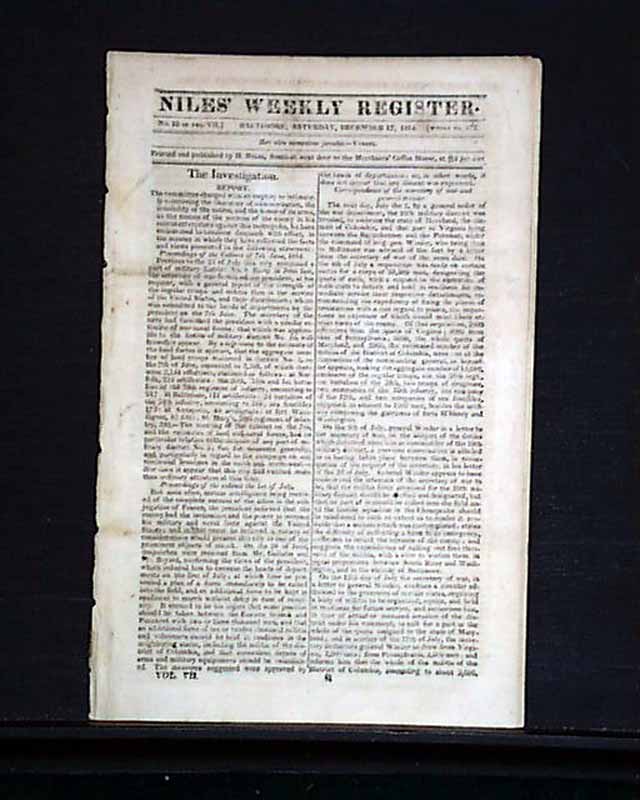