Home > The wit and wisdom of Ben Franklin...
Click image to enlarge 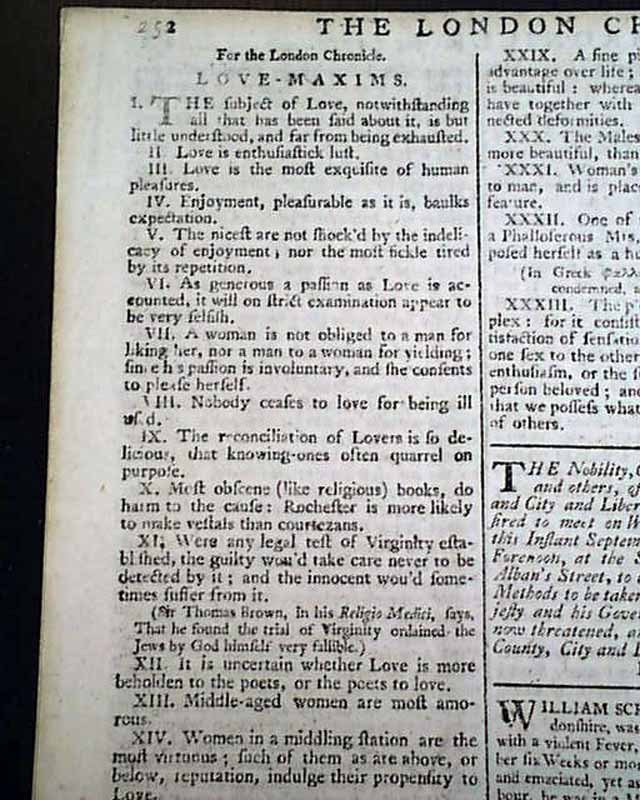 The wit and wisdom of Ben Franklin...

The first and a portion of the second column on page 4 has "Love Maxims", signed "F", which has recently been attributed to Ben Franklin. An identical issue was listed at Bonhams in 2009 with the attribution: Ford 605 (see the Bonhams' listing). At the time, it was listed for an estimate of $300-$500. We offer this item many years later for less than half their low estimate. Other news of the day including multiple reports from American are included.
Eight pages, 8 by 11 inches, very nice condition.