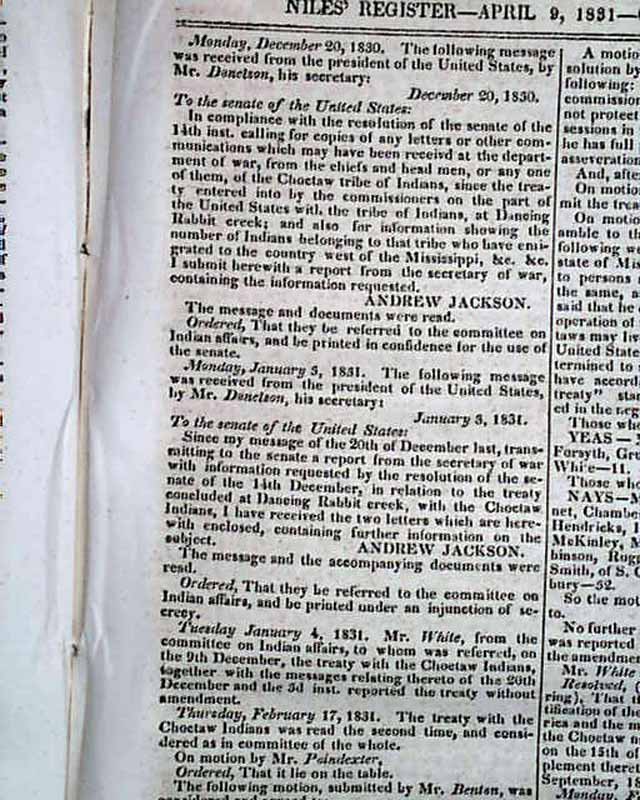 
NILES' WEEKLY REGISTER, Baltimore, April 9, 1831  The report headed: "Choctaw Treaty" is not the text of it but information concerning it including 3 letters each signed in type: Andrew Jackson. This report takes 1 1/2 pages. Also "Chesapeake & Ohio Canal"  much text on: "Congressional Reports".
Complete in 24 pages, 6 1/4 by 9 3/4 inches, very nice condition.