Home > Back to Search Results > A Proclamation by Abraham Lincoln...
Click image to enlarge 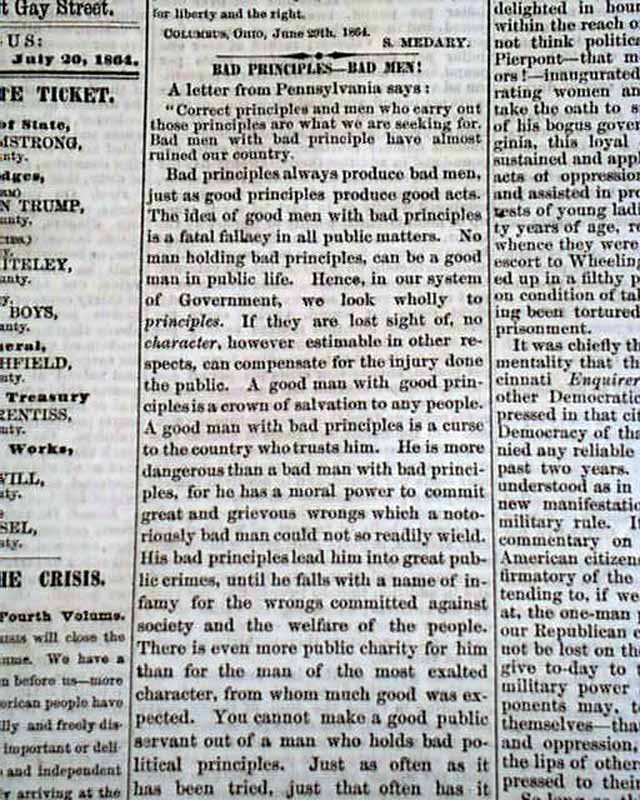 A Proclamation by Abraham Lincoln...

Among the reports are: "Gen. Hunter's Campaign--His Imbecility & Vandalism" "Bad Principles--Bad Men!" "The President's Fast Day Proclamation" signed in type: Abraham Lincoln; "War News of the Week" "General Forrest--Southern News" "From the South--Details of Hunter's Retreat" & much more.
Eight pages, never bound nor trimmed so it folds out to one large sheet, nice condition.