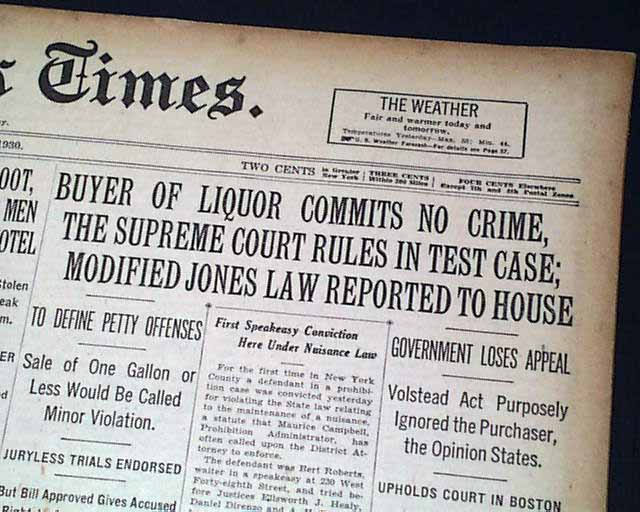 The top of the front page has a three column headline: "BUYER OF LIQUOR COMMITS NO CRIME, THE SUPREME COURT RULES IN TEST CASE; MODIFIED JONES LAW REPORTED TO HOUSE" with subheads. (see)
Other news, sports and advertisements of the day. Complete in 60 pages, light toning and minor wear at the margins, generally nice. 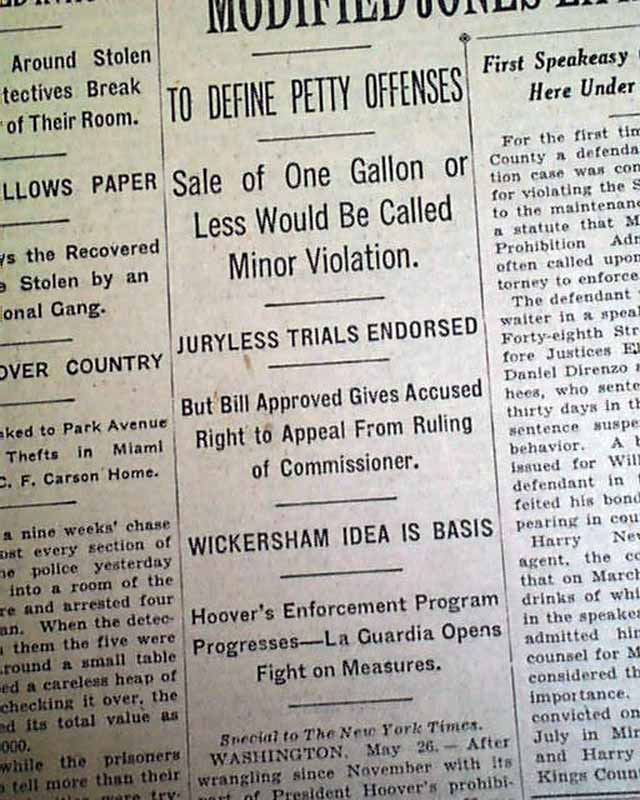 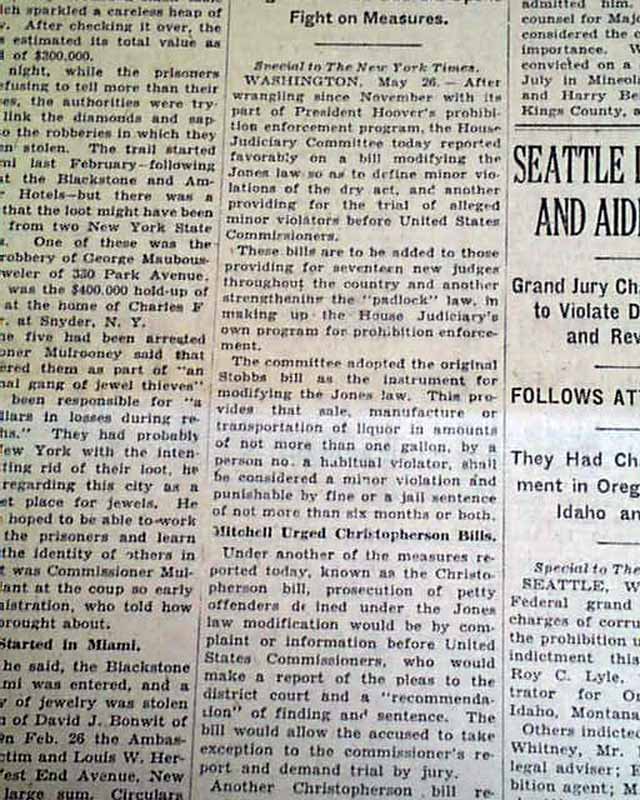 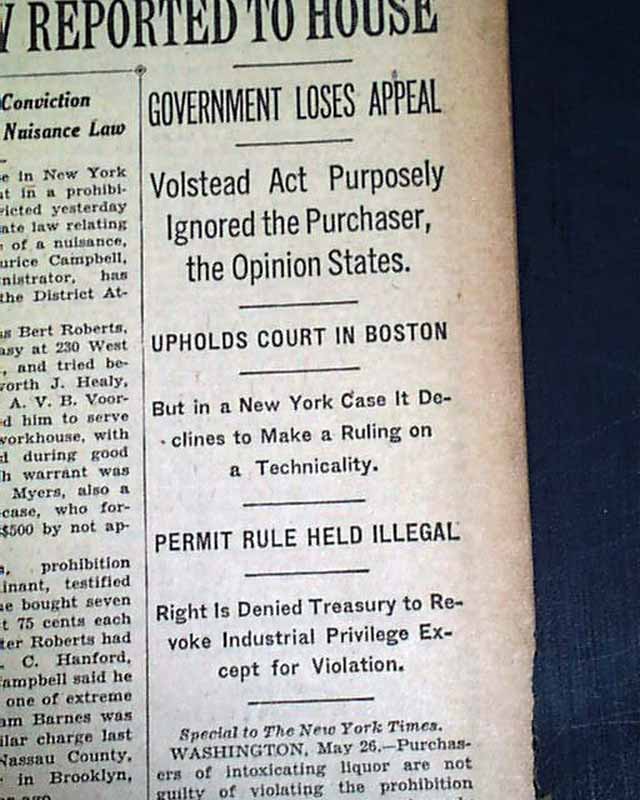 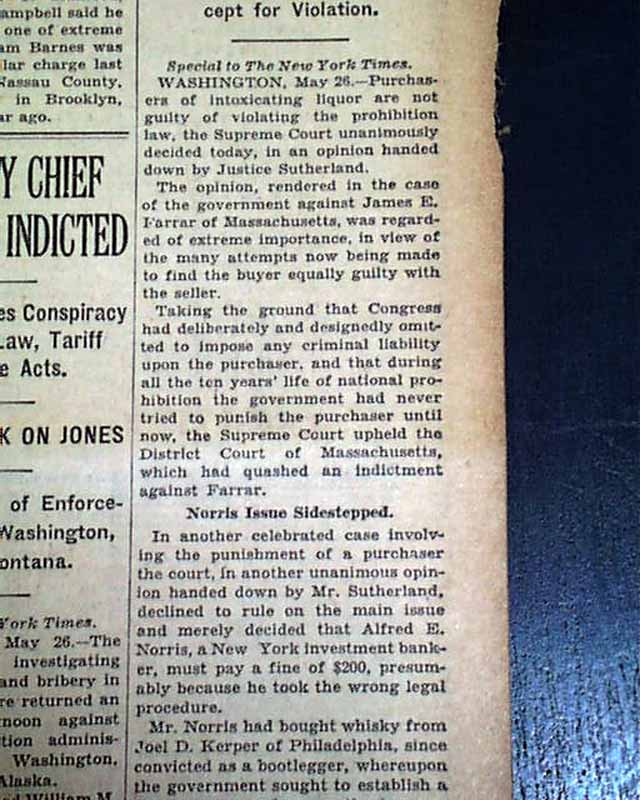 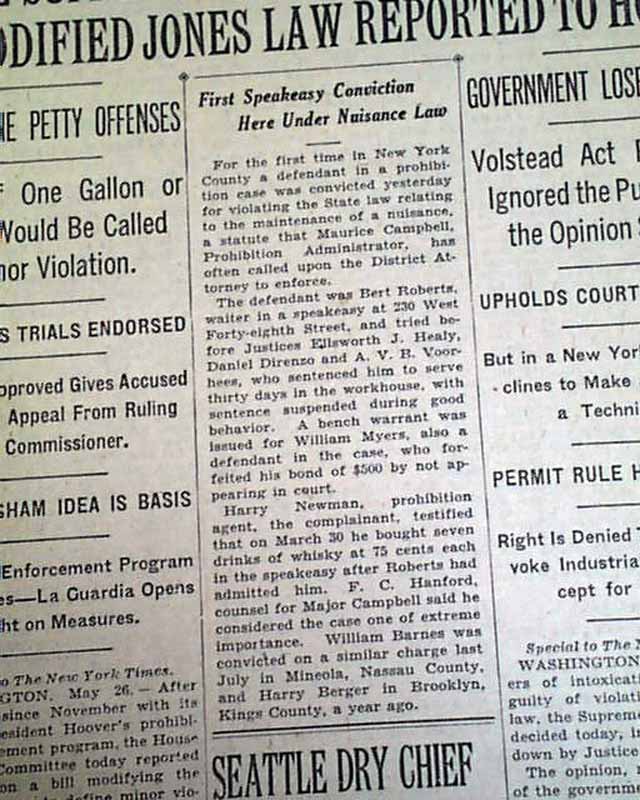 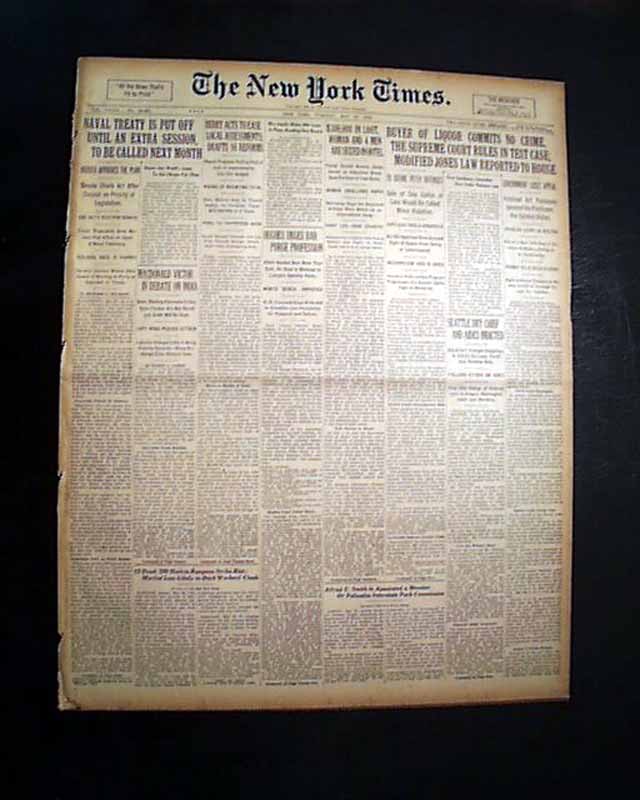 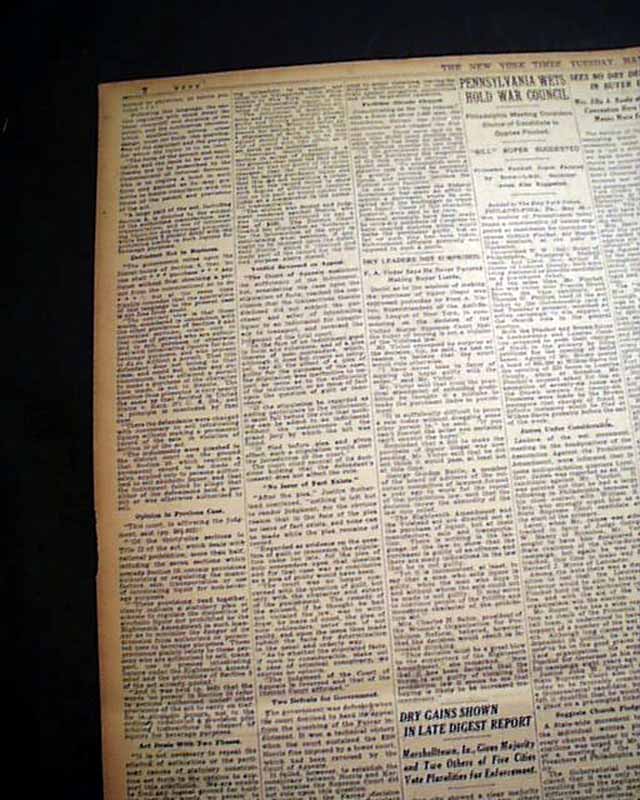