Home > Back to Search Results > One of the less common American titles...
Click image to enlarge 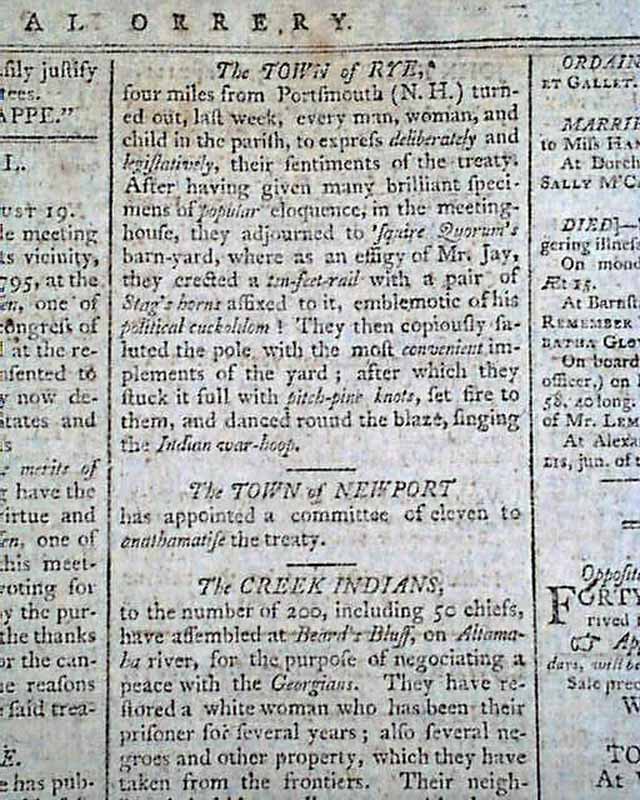 One of the less common American titles...

Various reports include: "The English Navy" "The Daughter of Louis XVI" "The Creek Indians" "The Medusa Frigate" "France National Convention" and more. The ftpg. has the: "French Account of the Late Naval Action off Belisle".
Four pages, nice condition.