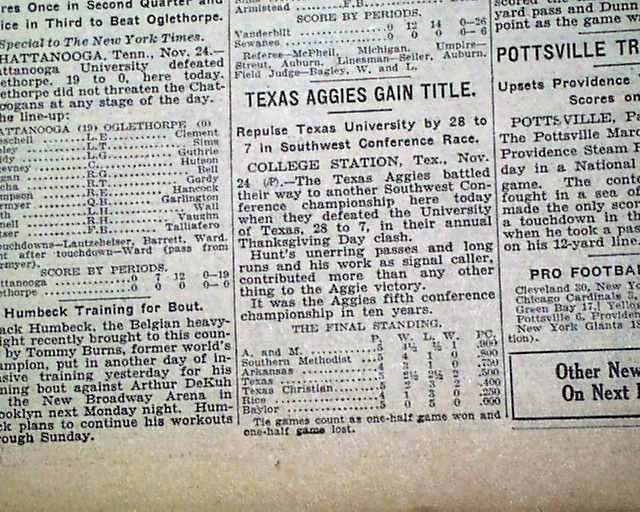 The sport's section (page 27) has one column headings at the bottom of the page: "Texas Aggies Gain Title"
"Repulse Texas University by 28 to 7 in Southwest Conference Race" See image for 1st report coverage on the last game of the season for Texas A&M in which they would be named co-national champions.
Other news, sports and advertisements of the day. Complete in 44 pages, light toning at the margins, generally nice.