Home > Back to Search Results > Statistics from the first census... Battle of Camperdown a British victory...
Click image to enlarge 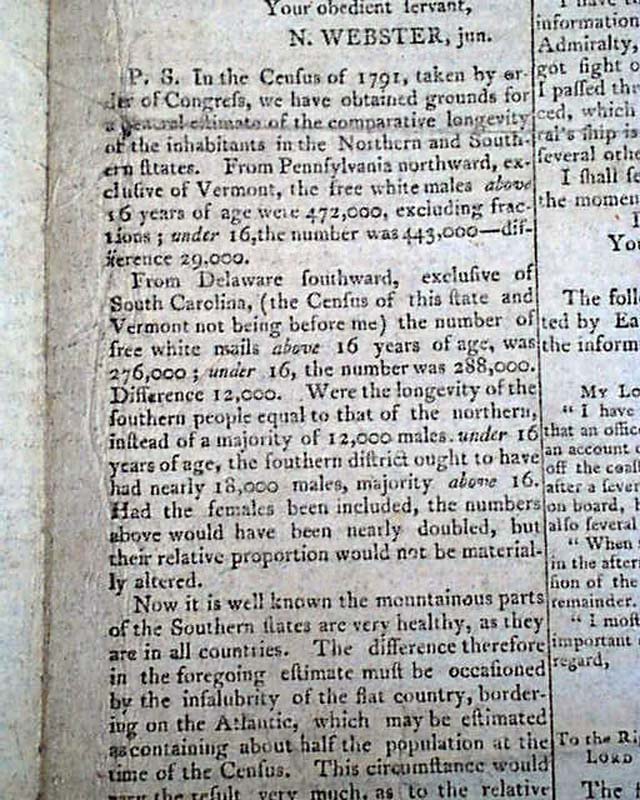 Statistics from the first census... Battle of Camperdown a British victory...

Page 3 has some interesting information gleaned from the nation's first census (see). Pg. 3 also has considerable reporting on the Battle of Camperdown, a major naval action fought on October 11 between the British North Sea Fleet under Admiral Adam Duncan and a Dutch Navy fleet under Vice-Admiral Jan de Winter. The battle was the most significant action between British and Dutch forces during the French Revolutionary Wars and resulted in a complete victory for the British, who captured eleven Dutch ships without losing any of their own.
Four pages, never bound nor trimmed, some foxing, good condition.