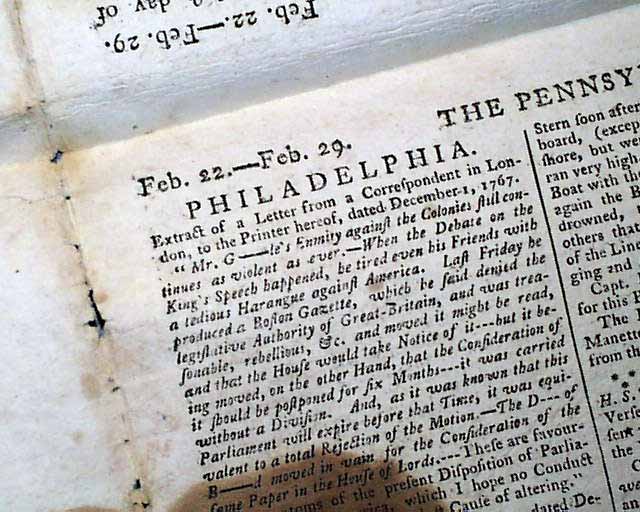 Inside has a report from London noting in part: "Mr. Grenville's enmity against the Colonies still continues as violent as ever...he tired even his friends with a tedious harangue against America..." with more (see). Various other news reports of the day and a great wealth of ads, several of which are illustrated. Also an article which includes the ground plan of a four room house (see).
Eight pages, never bound nor trimmed so it folds out to a large single sheet, a stain at the left side does not deter any readability, engraving of a coat-of-arms in the masthead, nice condition.