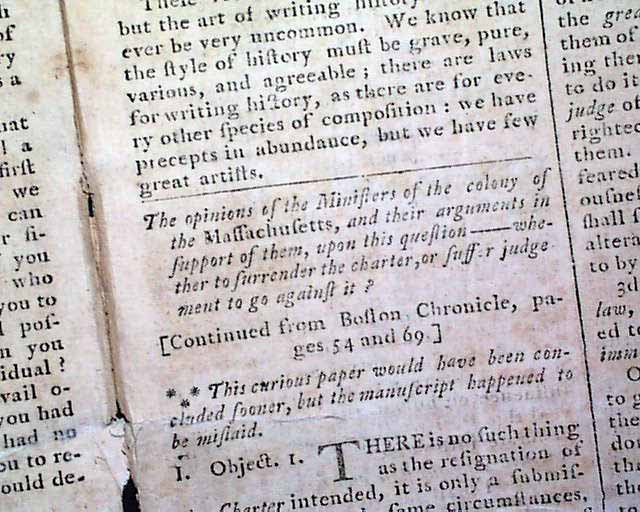 The publisher of this newspaper had Loyalist leanings, causing its demise before the formal outbreak of the Revolutionary War.
All of pages 1 & 2 are taken up with a continued report on: "Voltaire on History". Page 3 has: "The Opinions of the Ministers of the colony of the Massachusetts...upon this question--Whether to Surrender the charter, or suffer judgment to go against it?" (see), and further on is: "The Speech of His Excellency William Tryon...Commander in Chief in & over the Province of North Carolina". Other politically-related reports as well.
Eight pages, 8 1/4 by 10 1/2 inches, a bit irregular at the spine, nice condition. A nice opportunity for a colonial Boston newspaper at an attractive price.