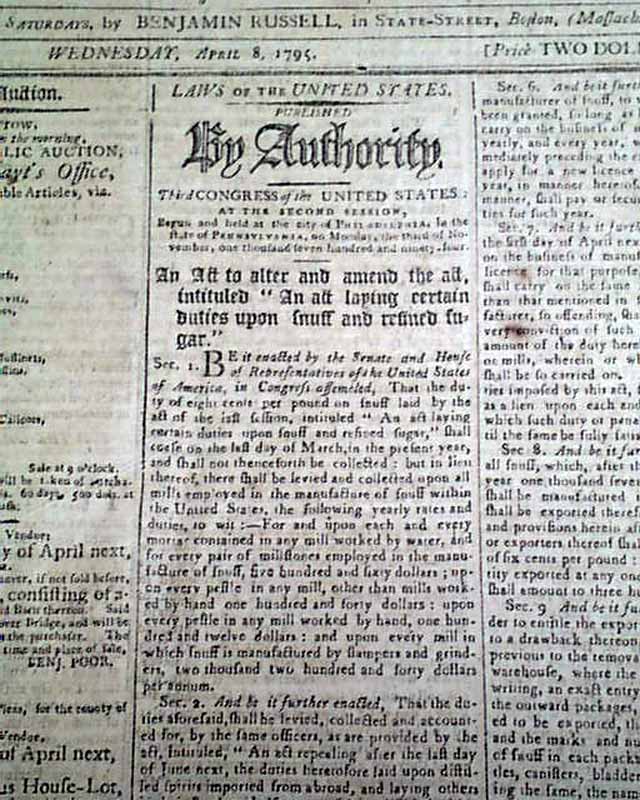 Half of the ftpg. is taken up with: "An Act to Alter & Amend the Act titled 'An Act Laying Certain Duties Upon Snuff and Refined Sugar' " which carries over to pg. 2 where it is signed in script type: Go. Washington. Page 3 has a report of the Mass. "State Election" showing Samuel Adams as the victor for the governorship.
Four pages, very nice condition.