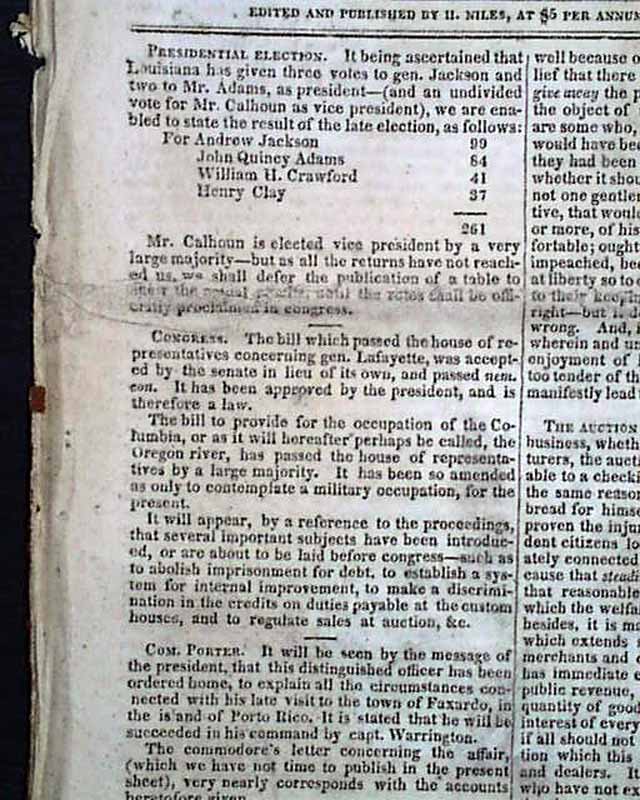 
THE WEEKLY REGISTER, Baltimore, January 1, 1825  The very first article at the top of page 1 has a small head: "Presidential Election" with the report noting: "It being ascertained that Louisiana has given three votes to gen. Jackson & two to Mr. Adams, as president--(and an undivided vote for Mr. Calhoun as vice president), we are enabled to state the result of the late election as follows: " and what follows is a list of the votes for Jackson, J.Q. Adams, Wm. Crawford, and Henry Clay (see photos) plus just a bit more text.
Among the other reports in this issue are:

This issue is complete in 16 pages, measures about 6 by 9 1/2 inches in very good condition.