Home > Back to Search Results > Latest results on the presidential election...
Click image to enlarge 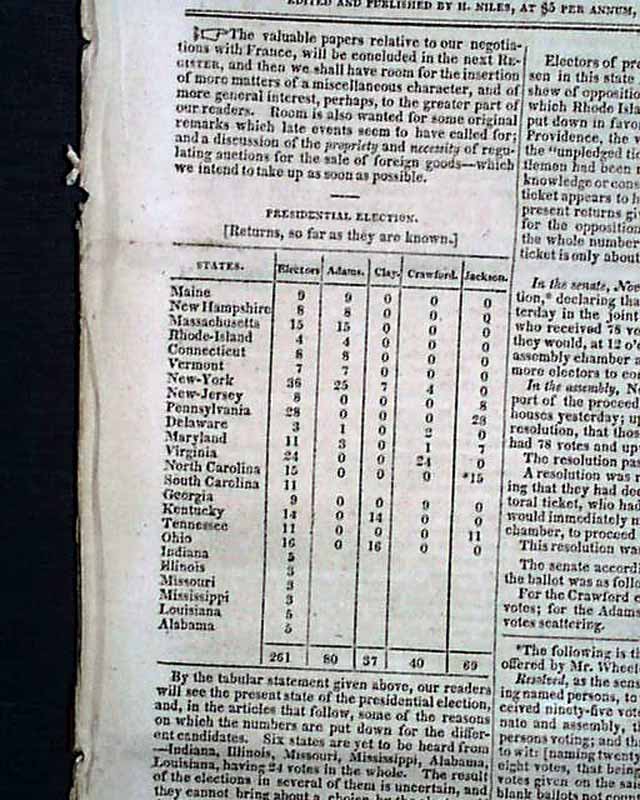 Latest results on the presidential election...


NILES' WEEKLY REGISTER, Baltimore, Nov. 27, 1824  The front page features a chart headed: "Presidential Election - Returns so far as they are known" showing votes for Adams, Clay, Crawford, and Jackson, Adams with a commanding lead (see). Much related text as well carrying over to pages 2, 3, 4 & 5 with additional charts.
Inside has a fine letter signed in type: Bolivar, mentioning: "Soldiers: You are going to complete the greatest undertaking ever entrusted to men, that of saving a whole world from slavery...". Also inside is much headed: "Negotiations With France".
Sixteen pages, 6 by 9 1/2 inches, clean issue. 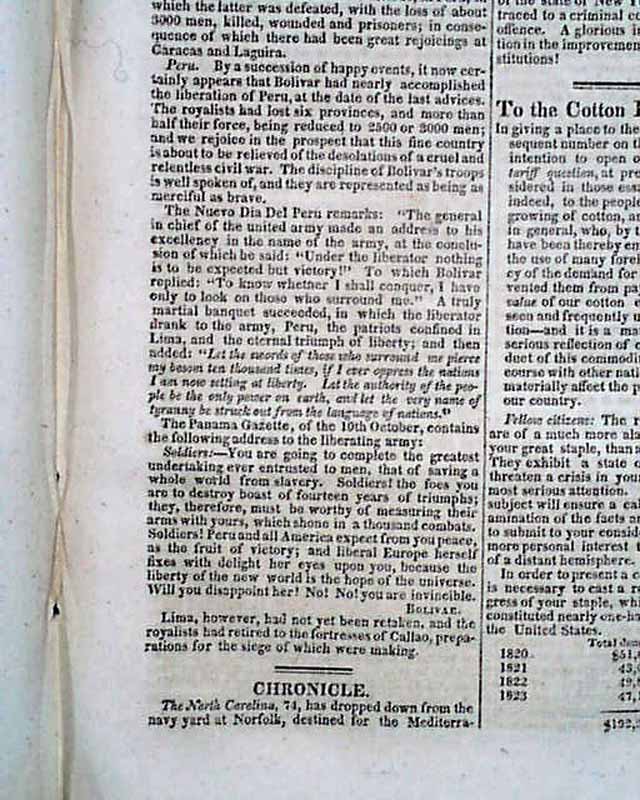 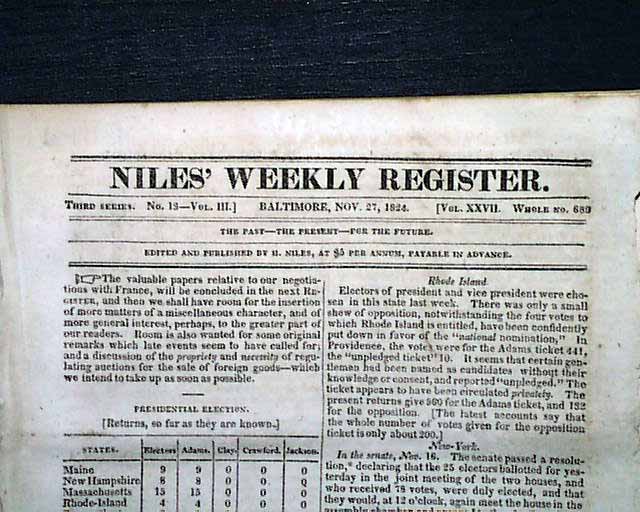 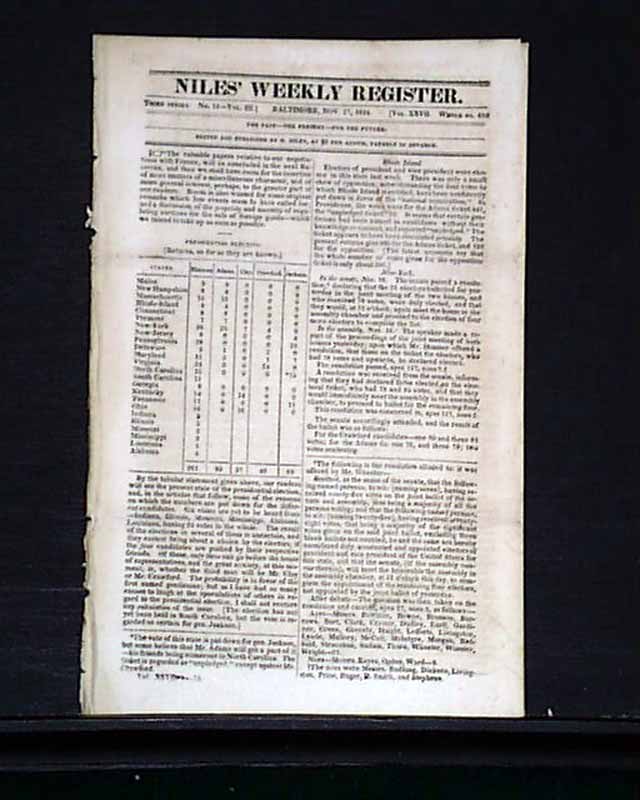