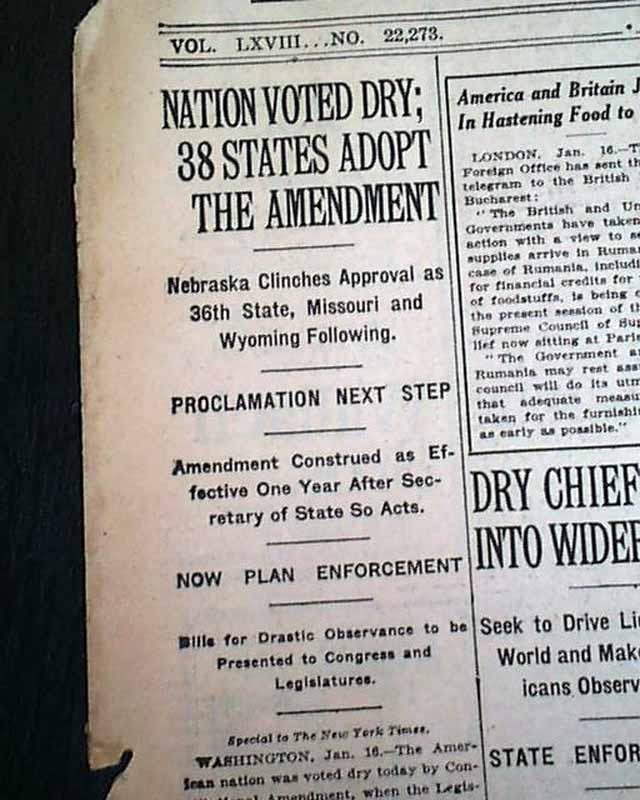 The top of the front page has a one column heading: "NATION VOTED DRY; 38 STATES ADOPT THE AMENDMENT" with subheadS. (see) First report coverage on Nebraska formally ratifying the 18th amendment to the Constitution & causing Prohibition to take effect the next  year. Always nice to have notable events in history reported in this World famous publication.
Other news, sports and advertisements of the day. Complete in 20 pages, even toning, a little irregular along the spine, minor margin wear, generally nice.