Home > Back to Search Results > North Carolina has rejoined the Union?
Click image to enlarge 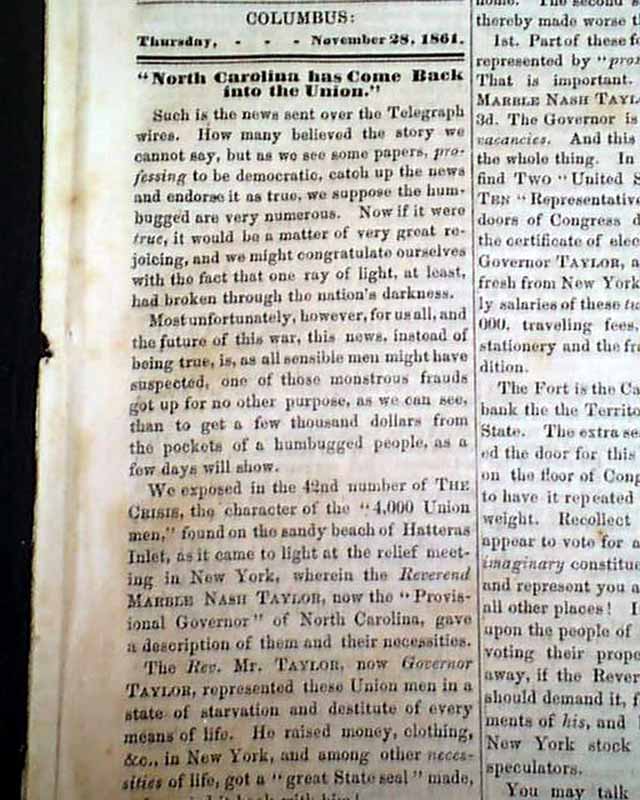 
THE CRISIS, Columbus, Ohio, Nov. 28, 1861  Among the articles are: "North Carolina Has Come Back Into the Union" "Hanging Prisoners of War" "The Lowest Type of Humanity" "Davis's Message to the Confederate Congress" "The Bitterness of the Abolitionists Against the Administration" & much more.
Eight pages, bit of foxing, nice condition.

Described as "The Hottest Rebel Sheet to be found in the North or the South", it opposed the war and attracted the hatred of the Republicans and the Lincoln administration. It insisted that slavery could not be prohibited by law. So obnoxious was this paper to Unionists that it was denied circulation in some cities. In 1863 the press was raided by a hateful mob.