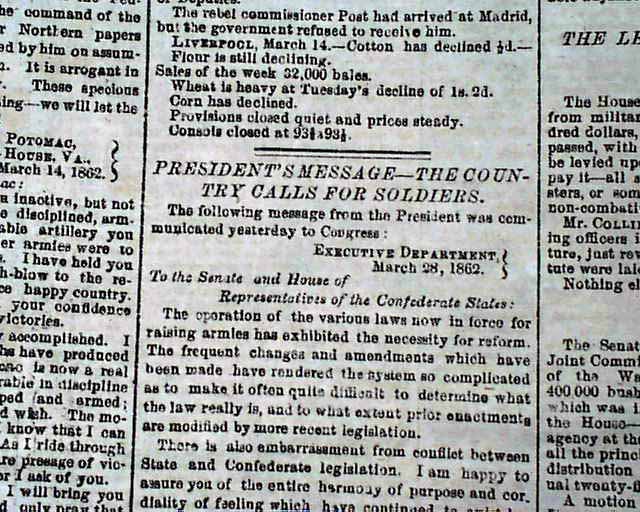 Page 2 has an interesting editorial which considers the choice of an emblem for the Confederate States of America (see). Also on page two is; "President's Message--The Country Calls For Soldiers" which is signed in type: Jefferson Davis. Also: "The Winchester Battle" "North Carolina" "The Latest Northern News--Movements & Spirit of the War" "General McClellan's Address to the Army of Potomac" "The Military Censorship of the North" and more.
Page 3 includes: "Victory In Texas" "Yankee Promises" "much reporting from: "The Confederate Congress" and other items. The back page has a lengthy list of Acts from the Confederate States.
Four pages, never bound nor trimmed, nice condition.