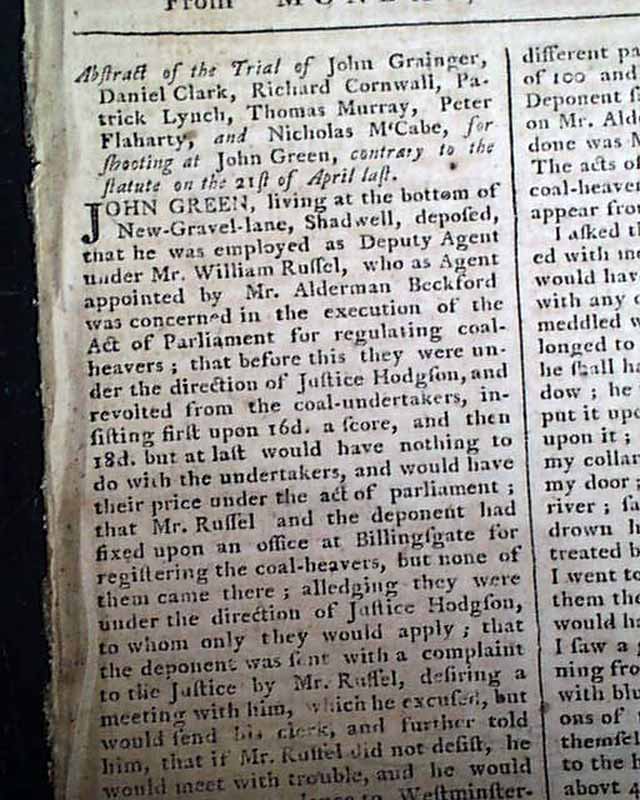 A nice newspaper from colonial Boston, the hotbed of activity raging against the hated policies of Parliament towards the American colonies. This city & its environs saw much action against the Stamp Act, and would soon be the focus of the Boston Tea Party, the Boston Massacre, and the outbreak of war with the Battle of Lexington & Concord.
All of the front page has reports of the "...Trial of John Grainger, Daniel Clark..." and others for "...shooting at John Green..." (see for beginning). Elsewhere are reports from Cambridge, Hartford, Newport, London, and other European cities.
Complete in 8 pages, 8 1/2 by 10 1/4 in., scattered foxing, nice condition. A volume one issue.