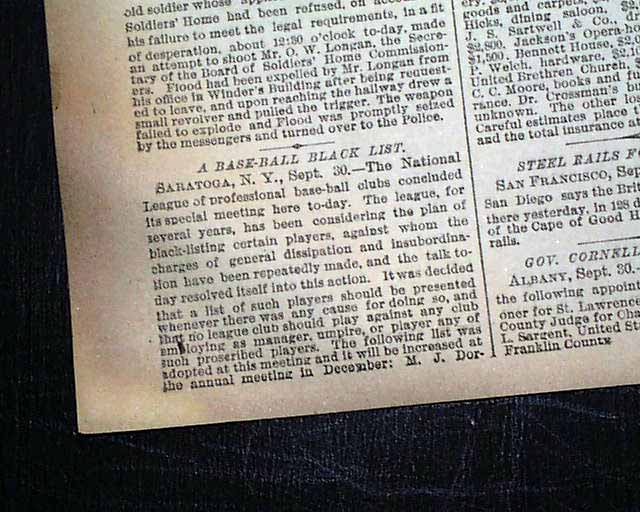 Although baseball reports are rather common in this and other newspapers, this issue is of some significance as it contains on page 2 a report headed: "A Base-Ball Black List" which gives some details of a meeting of the: "...National League of professional base-ball clubs...has been considering the plan of black-listing certain players against whom the charges of general dissipation and insubordination have been repeatedly made..." and what follows is the list. The list includes the name of Lipman Pike (see photos).
Some sources say that Pike was baseball's first professional (paid) player & the game's first home run champion. He was also baseball's first Jewish ball player, and the first Jewish member of the Baseball Hall of Fame.
Complete in 8 pages, evenly toned, more so at the margins, loose and irregular at the blank spine margin. Generally in very nice, clean condition but quite fragile and must be handled carefully.