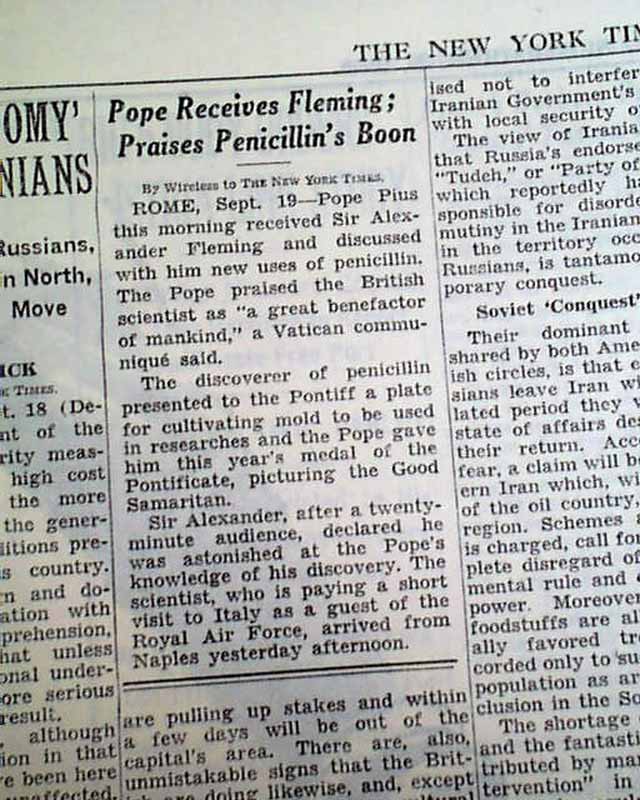 Page 8 has a one column heading: "Pope Receives Fleming; Praises Penicillin's Boon" (see)
Also the front page has: "Haw Haw Sentenced to Be Hanged; Held Traitor Though Not a Briton" First report coverage on the death sentence imposed on William Joyce.
Other news, sports and advertisements of the day with much on post World War II. Complete in 44 pages, nice condition.

wikipedia notes: William Joyce (24 April 1906 – 3 January 1946), the man generally associated with the nickname Lord Haw-Haw, was a fascist politician and Nazi propaganda broadcaster to the United Kingdom during the Second World War. He was controversially executed for treason by the British as a result of his wartime activities.