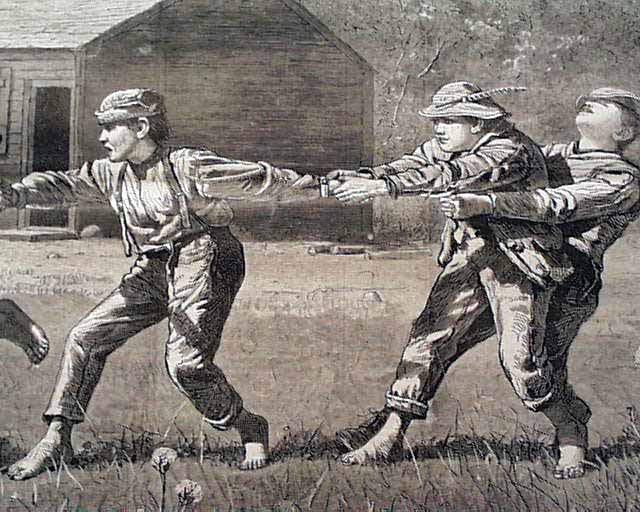 This issue has a tipped-in double page centerfold titled: "Snap The Whip" drawn by Winslow Homer. This print, considered by many to be the most desirable illustrations done by Homer to appear in Harper's Weekly--and arguably the most desired issue from the 60 year run of the newspaper--features several young boys playing snap-the-whip in a schoolyard.
Another page has a brief article about the illustration, and a related poem.
Other illustrations include, on the front page: "The New School-Mistress", a fullpg. inside: "Saved" being a life-saving scene on a beach, plus a halfpg. of University Hall on the campus of Northwestern University, & a report about this institution.
This issue was never bound nor trimmed. The Homer centerfold has the original wide margins and has some minor browning spots at the margins (see). The actual print is in excellent condition. An excellent item for display.

Great print of a baseball game in pro... 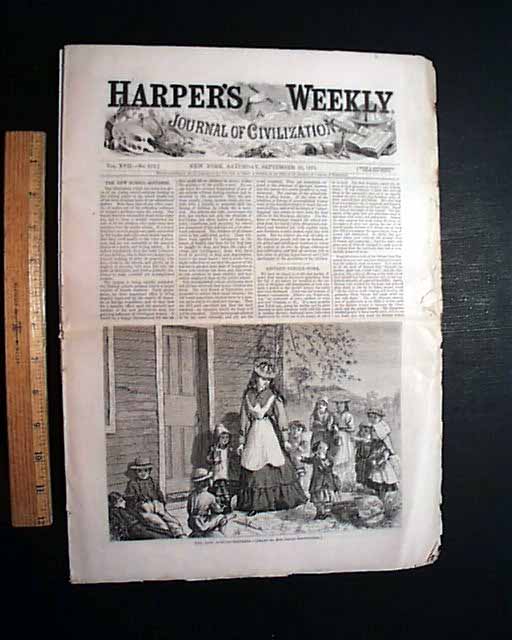 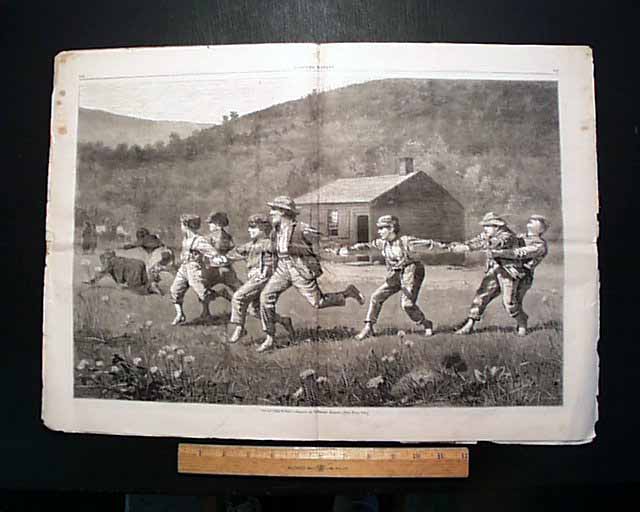 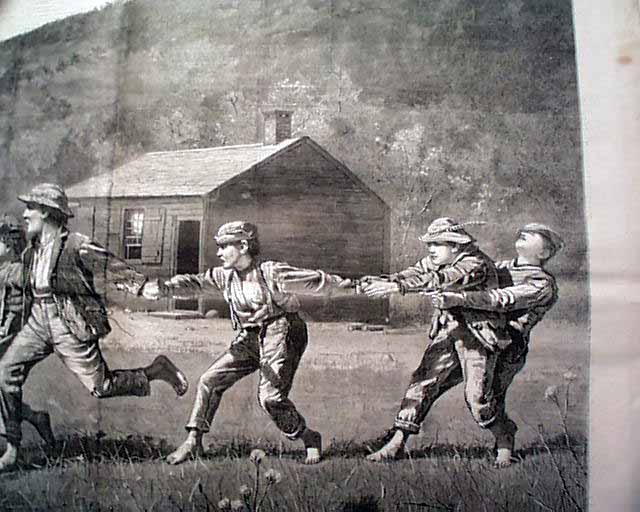 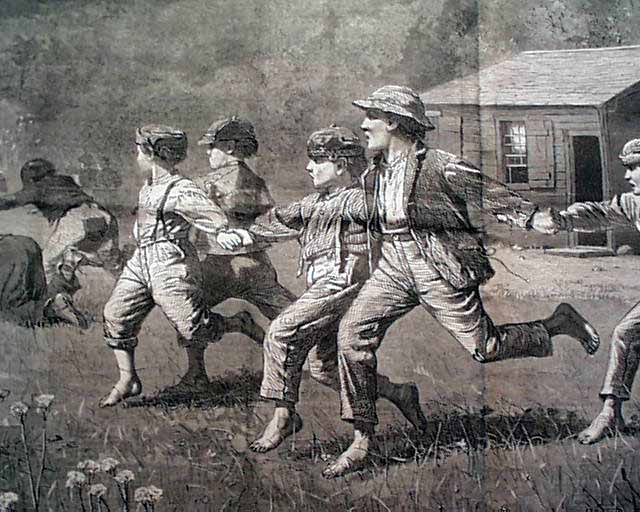 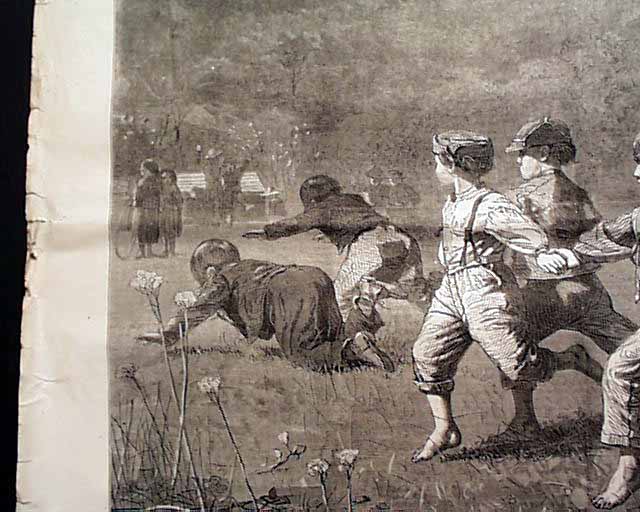 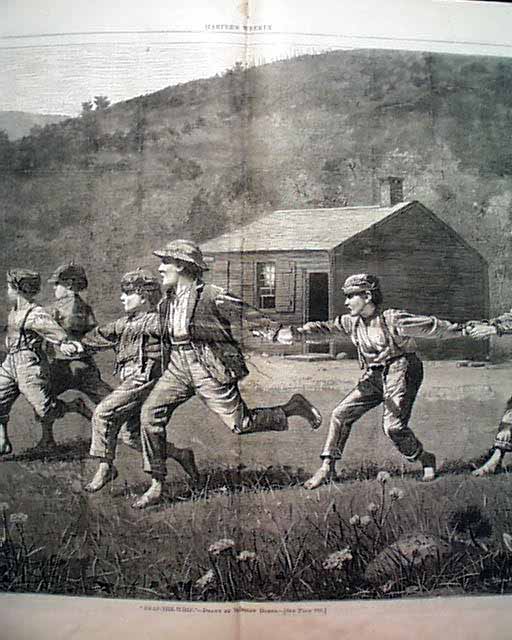 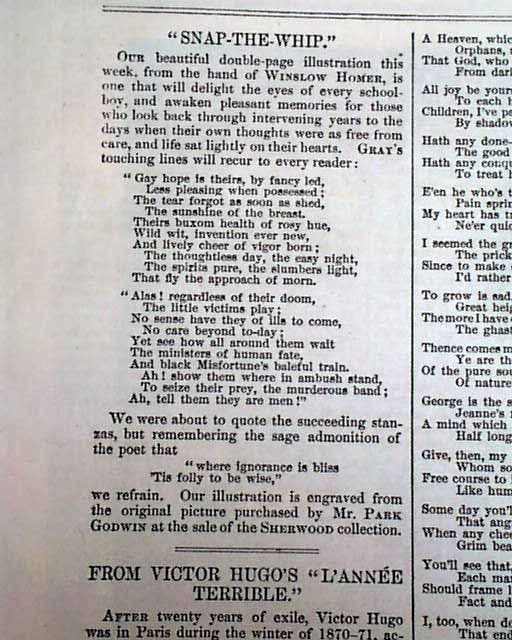