Home > Back to Search Results > Reasons for the disturbances in America...
Click image to enlarge 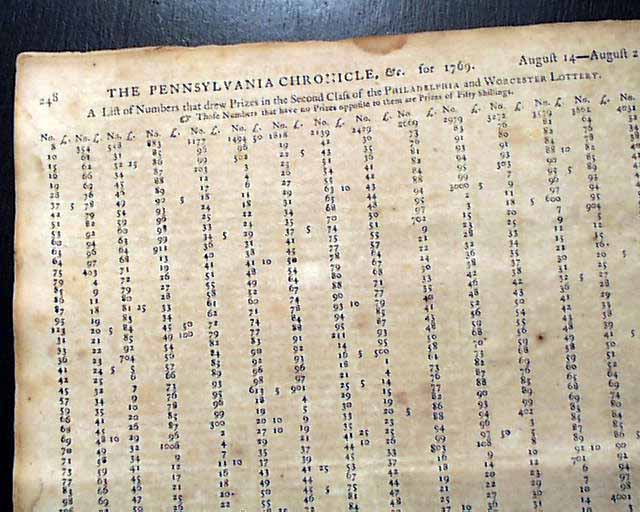 Reasons for the disturbances in America...


PENNSYLVANIA CHRONICLE, Philadelphia, Aug. 21, 1769
The back page notes in part: "...The measures, which I had taken regarding the late unhappy disturbances in North America have been already laid before you. These disturbances owe their rise to the ministry, not to the Americans...The Americans are now groaning under all the horrors of a military government, and nothing but the terrors of such a government could oblige them to submit to the unconstitutional taxes we have imposed upon them. And to talk of tranquility being restored in America is just as good sense as it would be to talk on an angry man's being pacified, when his mouth was gagged & his feet and hands shackled..." with more.
A report from "Charlestown" says that from 1756 to 1766, 23,743 Negroes were imported in South Carolina. More than a full page is taken up with a list of numbers for the Philadelphia & Worcester Lottery.
Eight pages, 9 1/2 by 11 3/4 inches, nice coat-of-arms engraving in the masthead, very nice condition.