Home > Back to Search Results > Intriguing article on the assassination plot...
Click image to enlarge 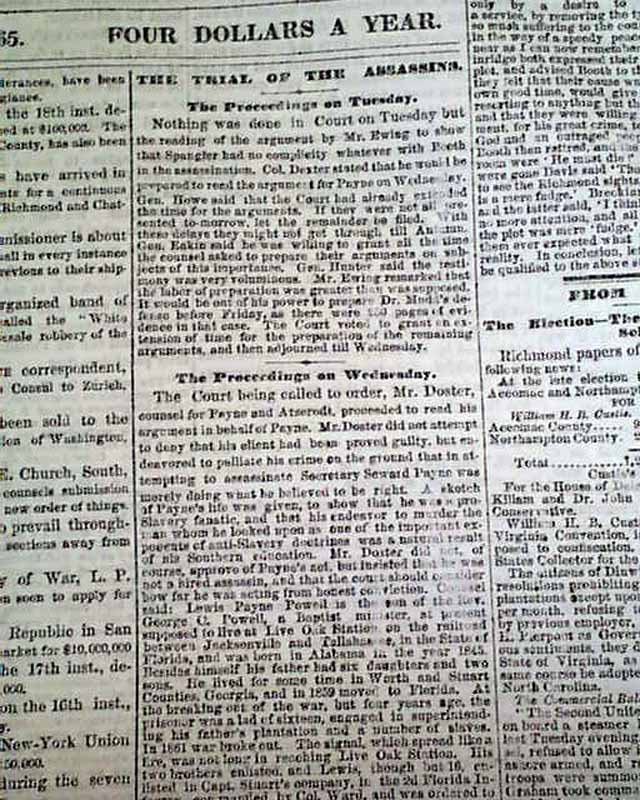 Intriguing article on the assassination plot...

The ftpg. has an article: "The Conspiracy--An Interview Between Booth & Davis" with details of the meeting, beginning: "Booth commenced by saying that a plan was formed by parties in the Northern States & Canada, friends of the Confederacy, to capture or to assassinate Mr. Lincoln..." with more fascinating text (see).
Top of the ftpg. has: "The Trial of the Assassins" which takes nearly a full column, and half of pg. 3 is taken up with: "GEN. SHERMAN" "His Official Report" "From Atlanta to Savannah" "A Valuable Contribution to the History of the War"
Eight pages, very nice condition.