Home > Back to Search Results > George Washington's state of the union address...
Click image to enlarge 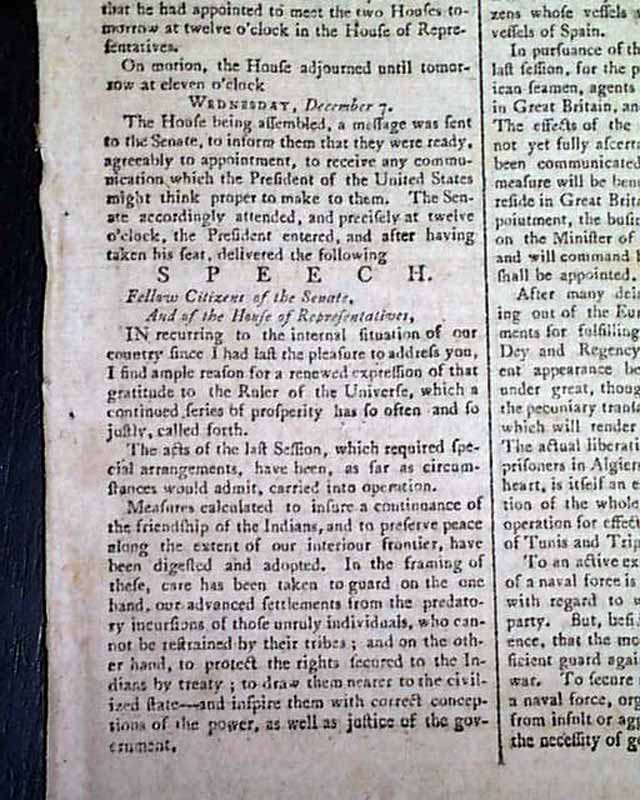 
THOMAS'S MASSACHUSETTS SPY OR WORCESTER GAZETTE, Dec. 21, 1796  Most of the front page & carrying over slightly to page 2 is the: "Speech" of the President to Congress, being the annual state-of-the-union address of the President. The added significance is that this was Washington's last annual address, signed by him in type: George Washington. Page 2 also has the: "Answer to the President's Speech" which takes over a column, and is then followed by: "The following is the Reply of the President" which is signed in type: George Washington.
Complete in 4 pages, very nice condition. A handsome masthead and nice to have most of this speech on the front page.