Home > Back to Search Results > Chasing after "governor" Dorr... The Mormons...
Click image to enlarge 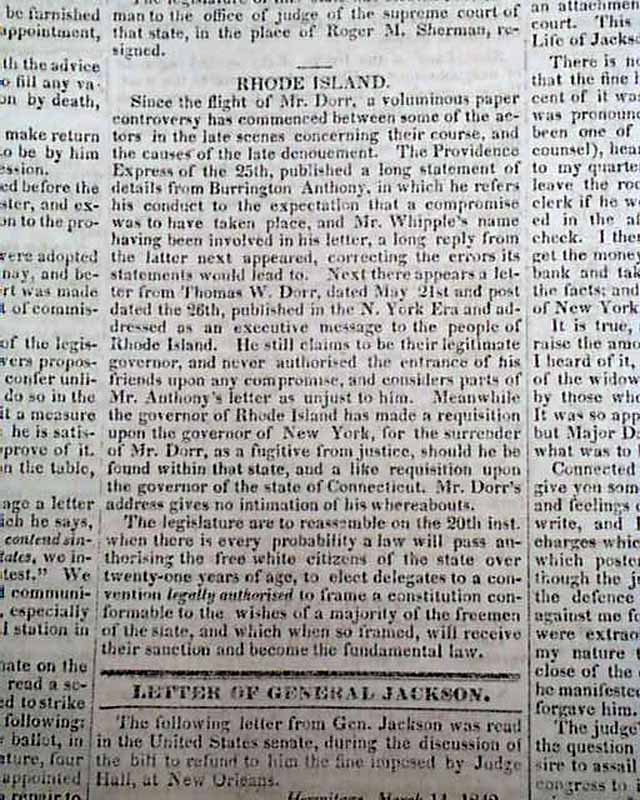 Chasing after "governor" Dorr... The Mormons...


NILES' NATIONAL REGISTER, Baltimore, June 4, 1842  Page 4 has a report headed: "Rhode Island" concerning the Dorr Rebellion, a few bits including: "Since the flight of Mr. Dorr, a voluminous paper controversy has commended between some of the actors in the late scenes...He still claims to be their legitimate governor...Meanwhile the governor of Rhode Island has made a requisition upon the governor of New York for the surrender of Mr. Dorr as a fugitive from justice..." (see).
The bkpg. has a brief report: "The Mormons have found a new book called the Book of Abraham. It purports to have been written by that patriarch & is said to have been found in the catacombs of Egypt by an English traveler who brought it away with eleven mummies. Joe Smith is engaged  in translating this book for the Nauvoo 'Times and Seasons'."
Sixteen pages, 8 1/2 by 12 inches, great condition.