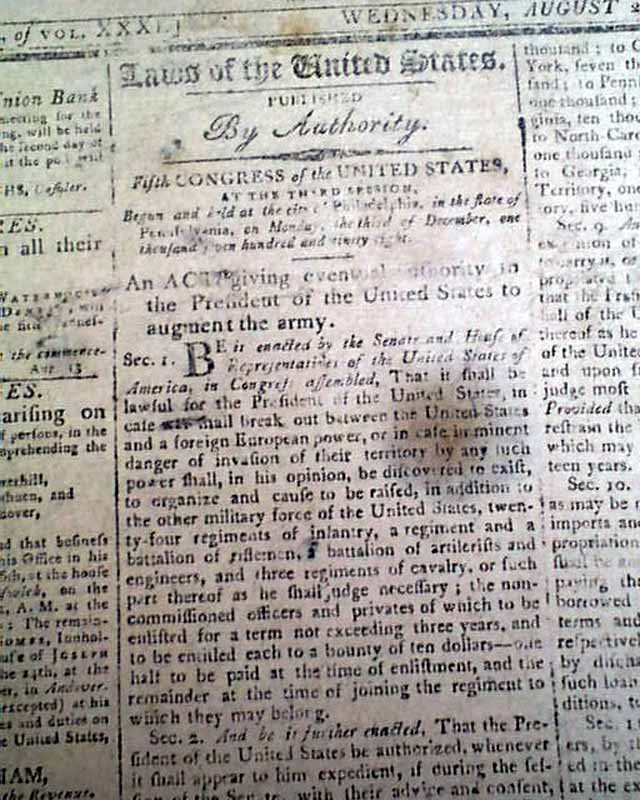 The front page has: "An Act giving eventual authority to the President of the United States to augment the army." plus another act, both signed in script type by the President: John Adams. Page 2 has: "Operations Of Bonaparte" "Armies In Italy" and more.
Four pages, rubbing hole to the front leaf, some foxing, nearly close-trimmed at spots. 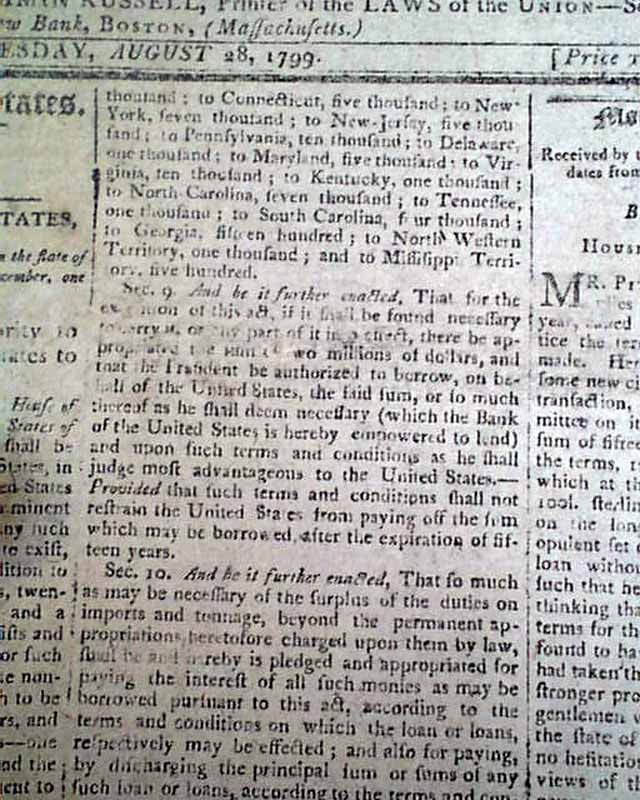 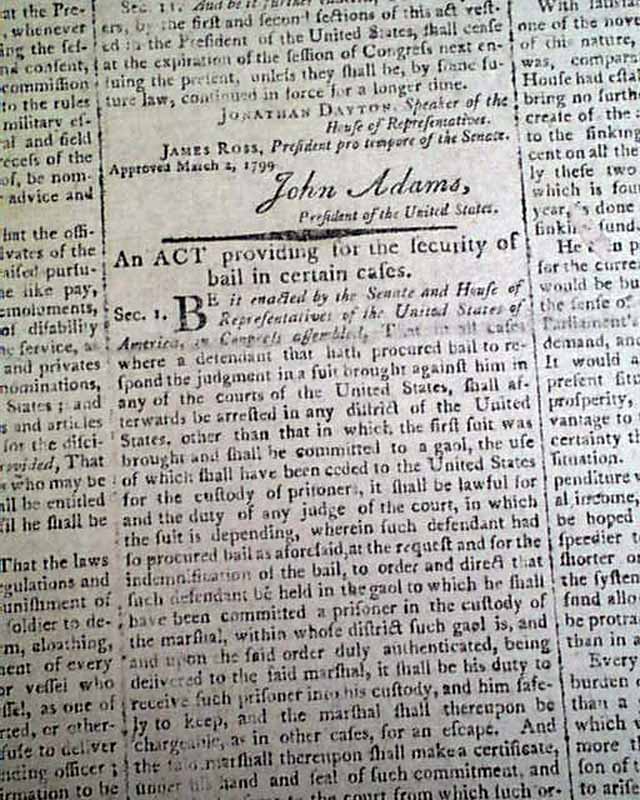 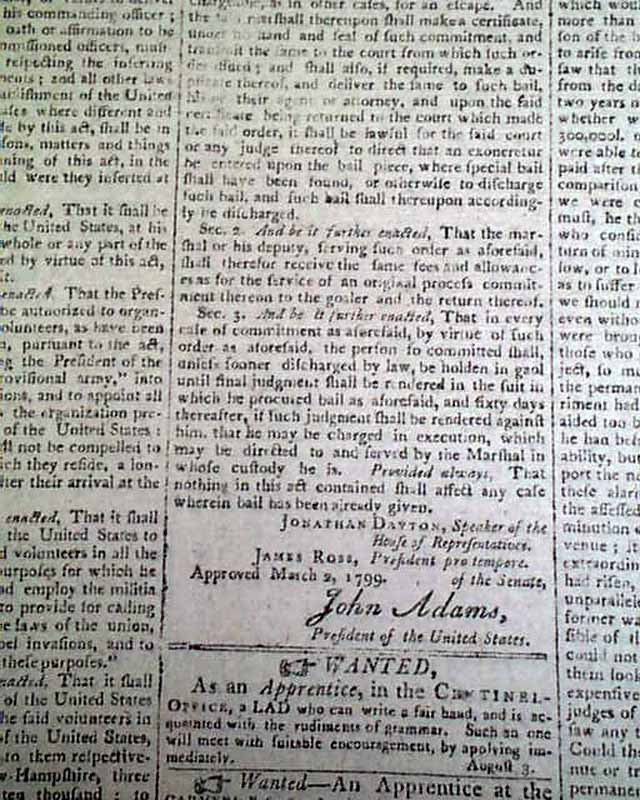 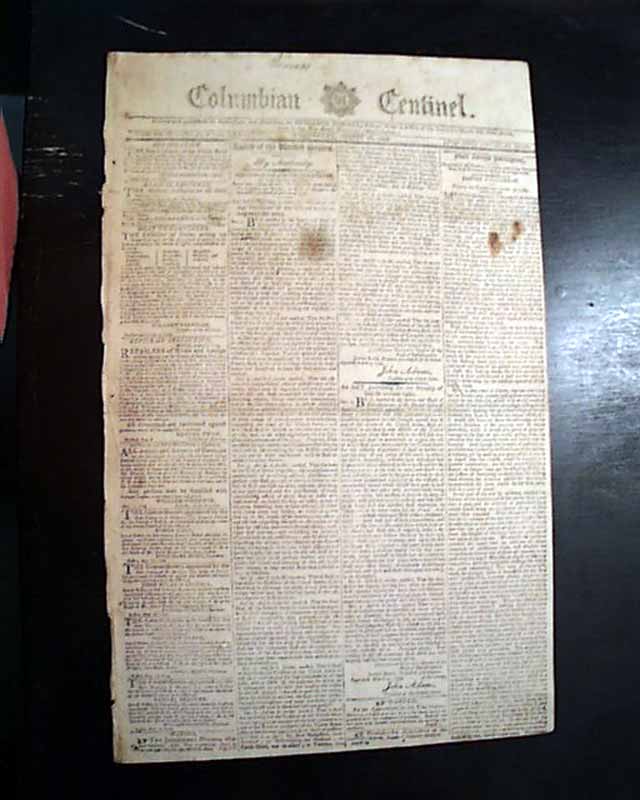 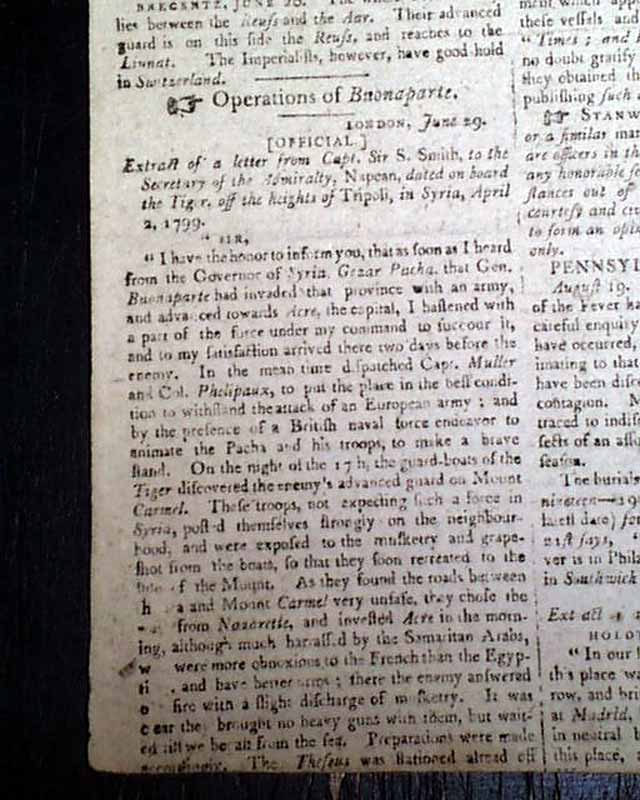