Home > Back to Search Results > Taking possession of Fort Illinois on the Mississippi...
Click image to enlarge 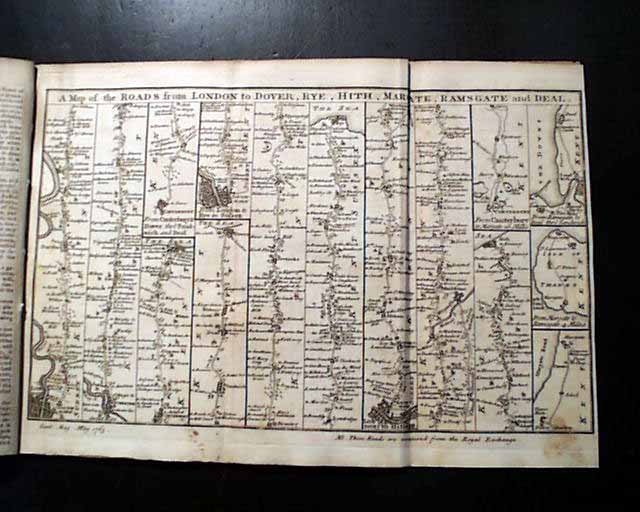 Taking possession of Fort Illinois on the Mississippi...

Item # 645237
THE GENTLEMAN'S MAGAZINE, London, May, 1765  Near the back is a brief report from the governor of the Philippine Islands plus another item which reads: "Letter from Mobile of the 10th of March last advise that Major Loftus was returned from taking possession of Fort Illinois & two other considerable posts on the river Mississippi where the Indians remained very quiet & desired nothing more than being indulged the liberty of a trade with the English."
Among the articles noted in the table of contents are: "Life of Moliere, from Voltaire, never before Translated" "Rules to be Observed by Cathedral Singers" "Directions to be Observed in Most Diseases" "Memoirs of Gustavus Adolphus, King of Sweden" and more.
This issue still contains the very nice foldout map measuring 8 by 11 1/2 inches titled: "A Map of the Roads from London to Dover, Rye, Hith, Margate, Ramsgate and Deal." (see).
Complete in 48 pages, 5 by 8 1/4 in., full title/contents page with an engraving of St. John's Gate, nice condition.