Home > Back to Search Results > On the Custer massacre...
Click image to enlarge 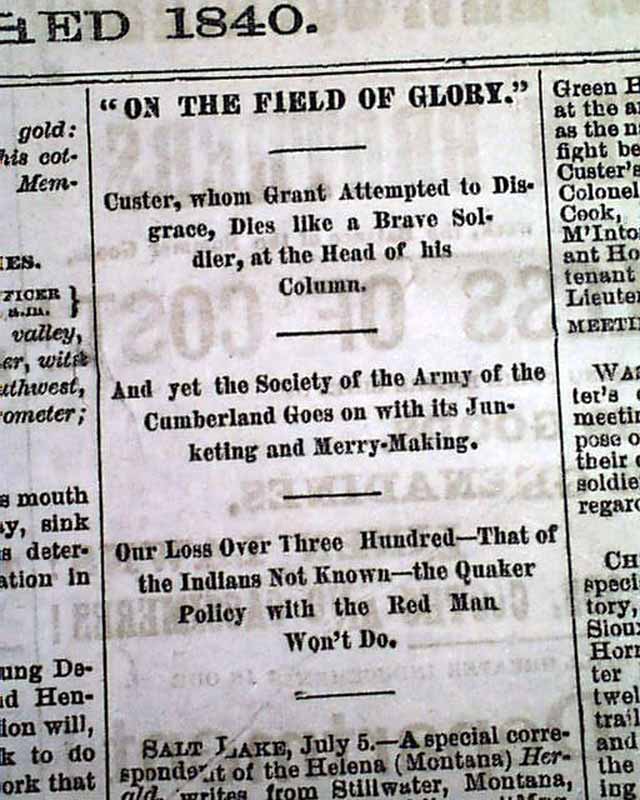 On the Custer massacre...

The top of the front page has one column heads on the Custer Massacre, including: "On the Field Of Glory" "Custer, whom Grant Attempted to Disgrace, Dies Like a Brave Soldier at the Head of His Column" "Our Loss Over Three  Hundred--that of the Indians Not Known--The  Quaker Policy with the Red Man Won't Do". The text provides some of the earliest details of the tragedy, including: "...The Indians poured in a murderous fire, besides the greater portion fought on horseback. Custer, his two brothers, nephew and brother-in-law, were all killed and not one of his detachment escaped..." with more, including several related subheads including: "The News Received at General Custer's Home" & "Later Particulars" the latter including: "...Custer had apparently made an attack on the Indians & was compelled to retreat but was cut off from the main body. They were forced into a narrow recess where horses & men lay slaughtered promiscuously. Here was found the bodies of Custer..." and more (see). The entire report takes about 1 1/2 columns.
Four pages, various water staining around the edges (see), and a few tape mends as well (not in the Custer text) but none causing any loss of readability. 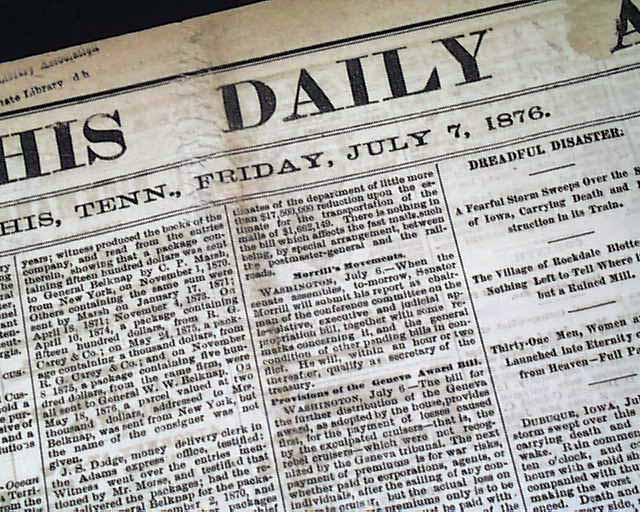 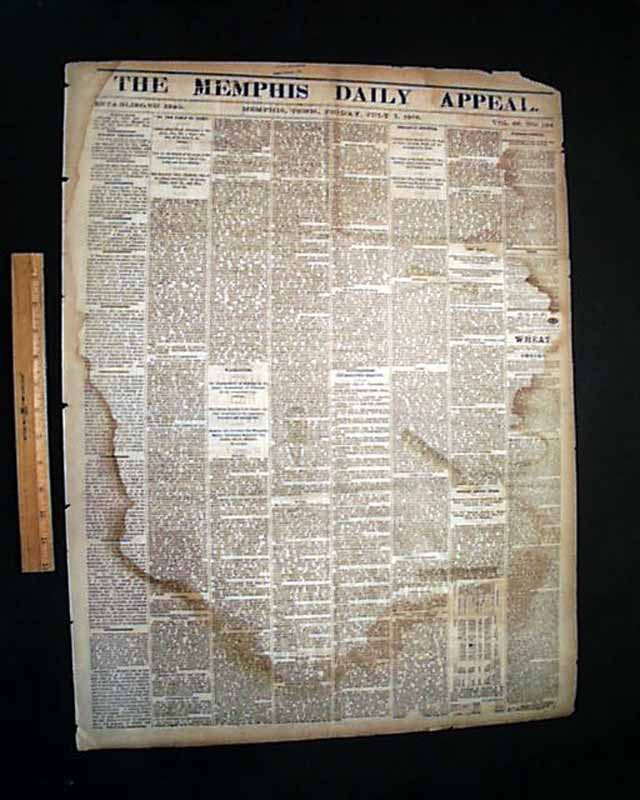 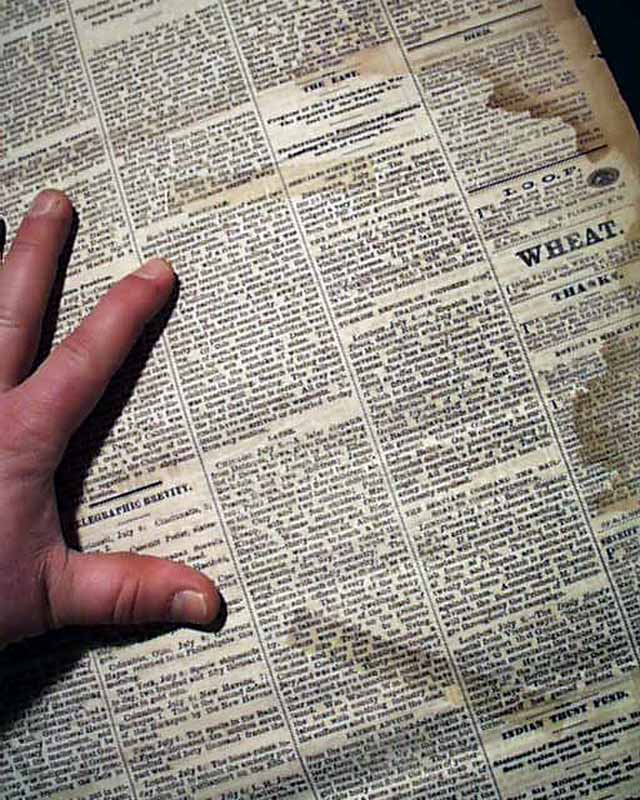 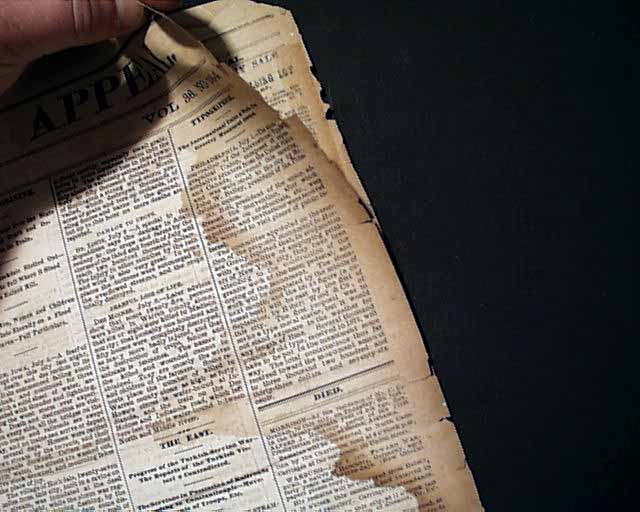 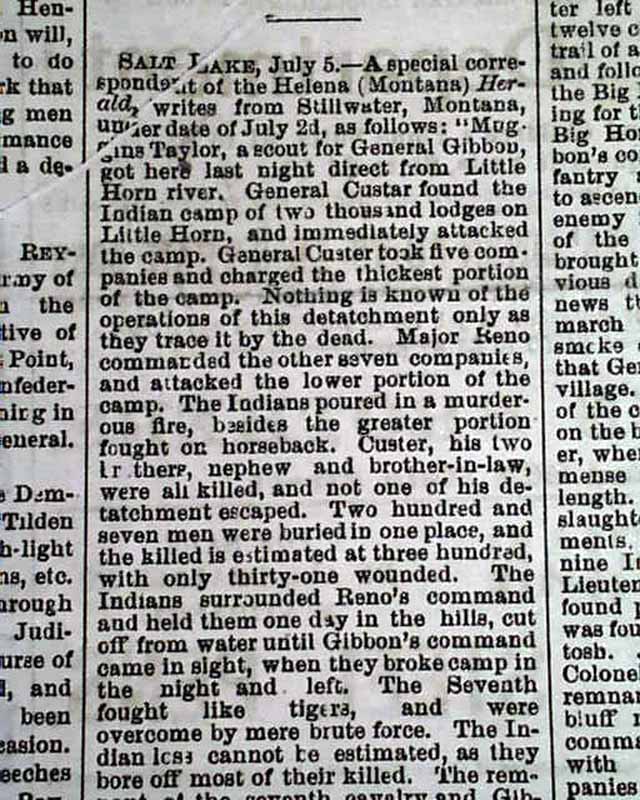 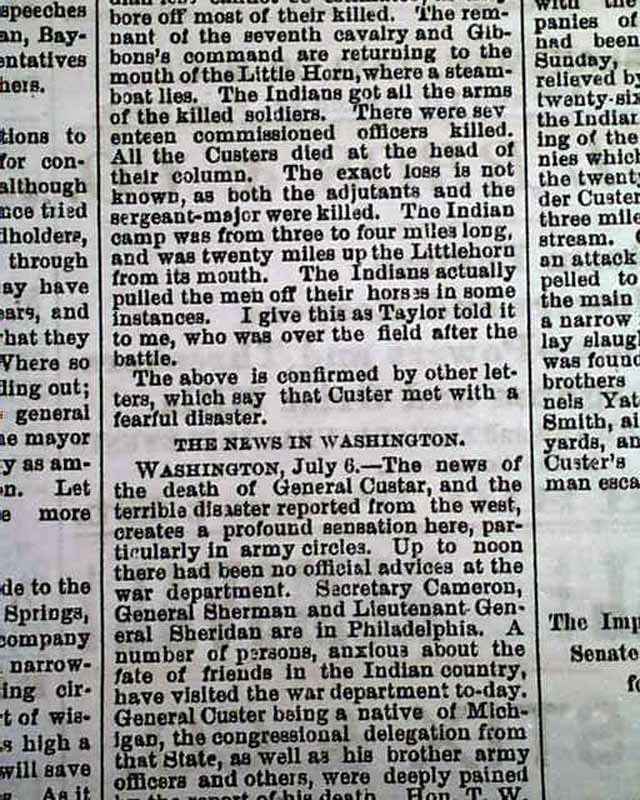 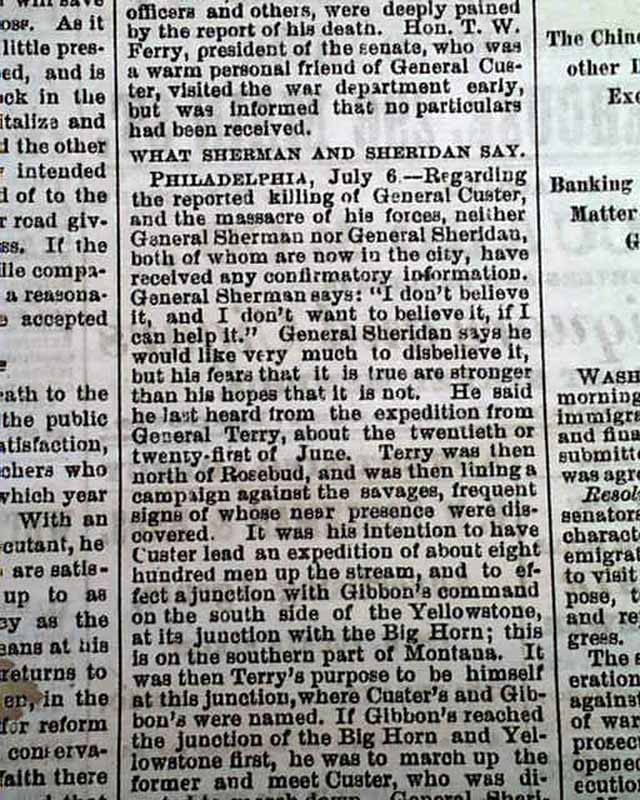 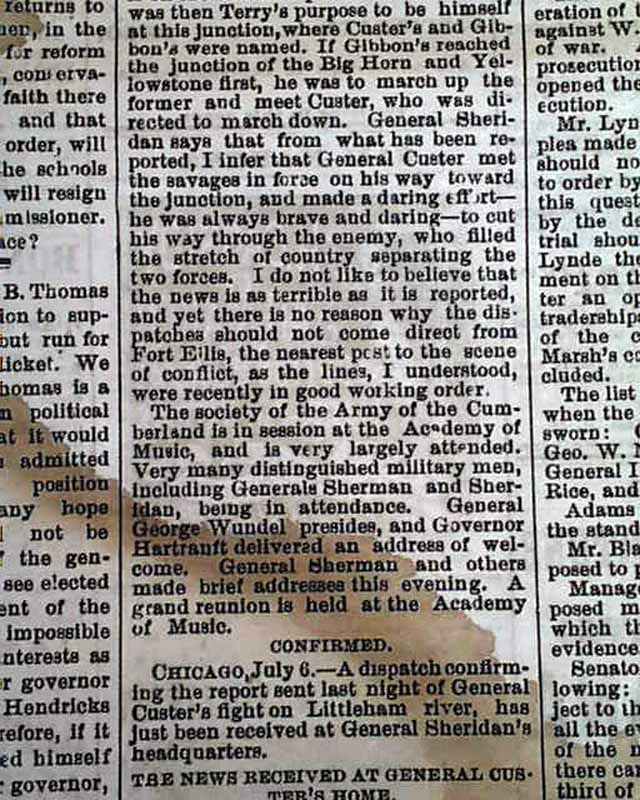 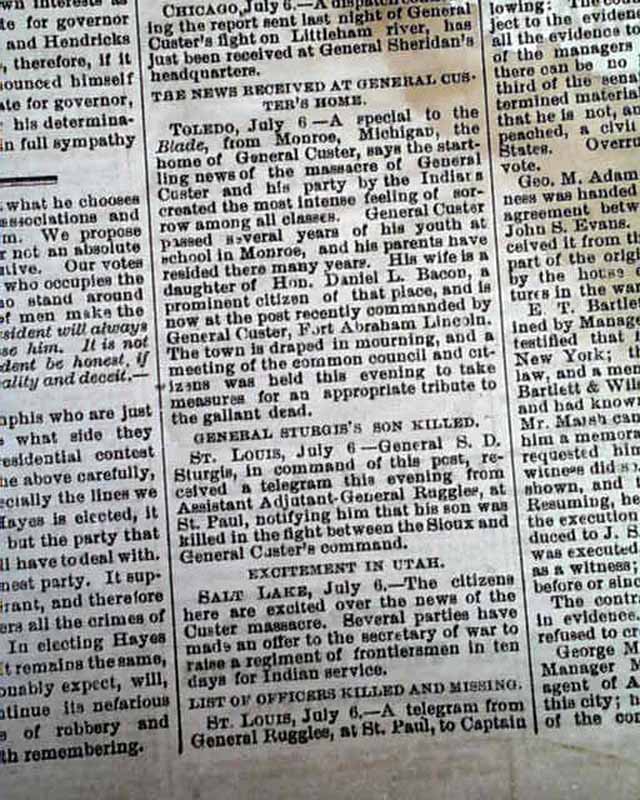 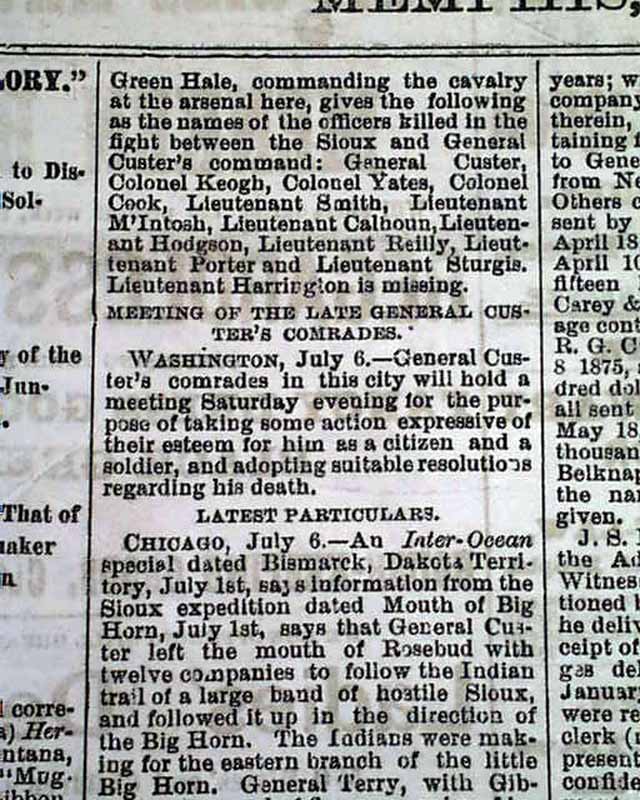 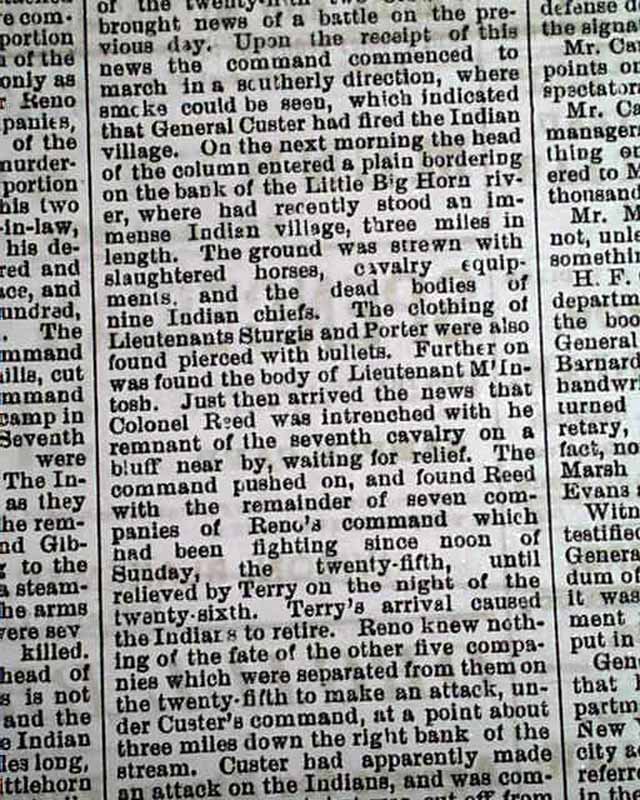 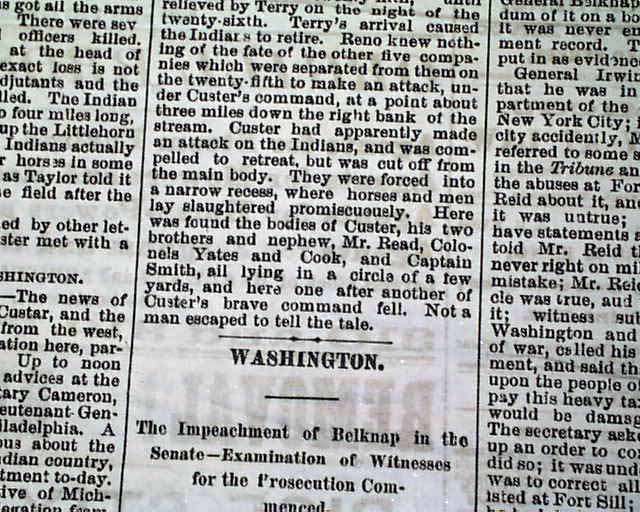 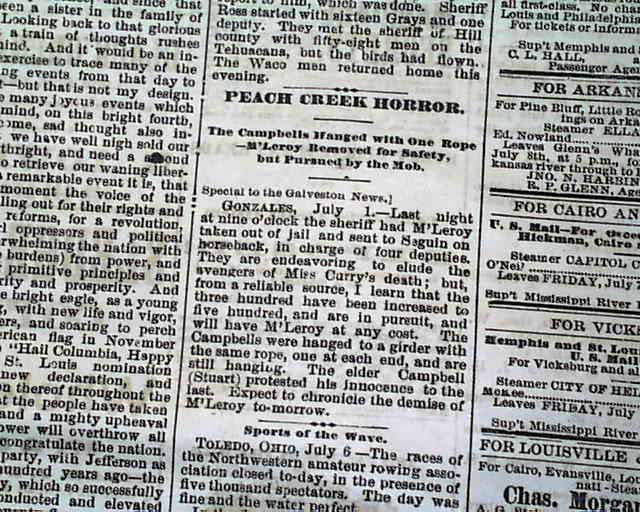 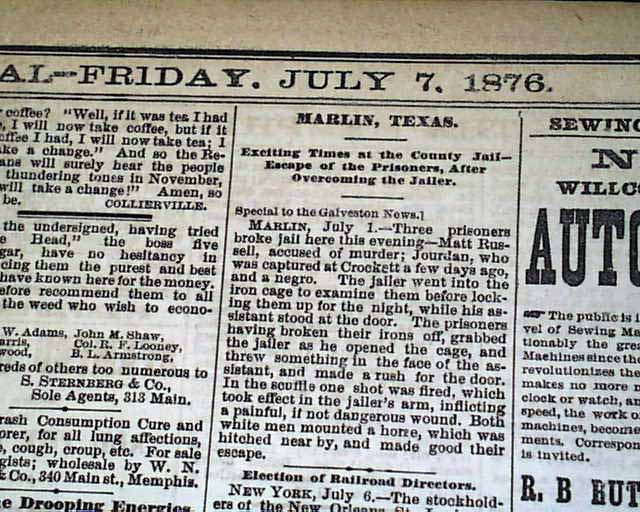