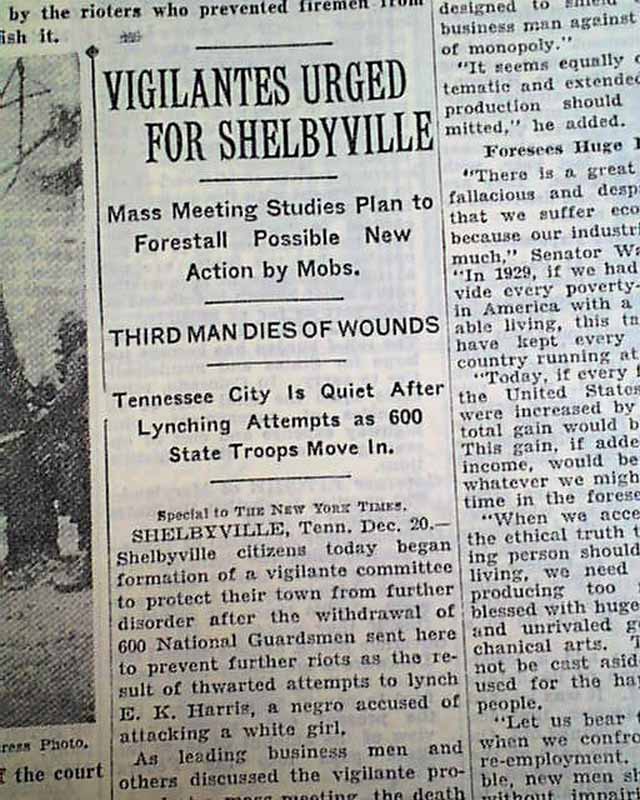 Page 3 has a one column heading: "VIGILANTES URGED FOR SHELBYVILLE" with subheads and 2 related photos. (see)
Other news, sports and advertisements of the day. Complete in 48 pages, this is the rare rag edition that was produced on very high quality newsprint, with a high percentage of cotton & linen content, allowing the issues to remain very white & sturdy into the present. Given the subscription cost, libraries & institutions rather than individuals were the primary subscribers of these high-quality editions. Nice condition.

wikipedia notes: In 1934, a lynch mob burned down the fourth courthouse after learning that the young African-American man they wanted to hang had been taken from the county jail and transported to another county for his protection.