Home > Back to Search Results > Capt. Huddy and the Asgill Affair... So much more...
Click image to enlarge 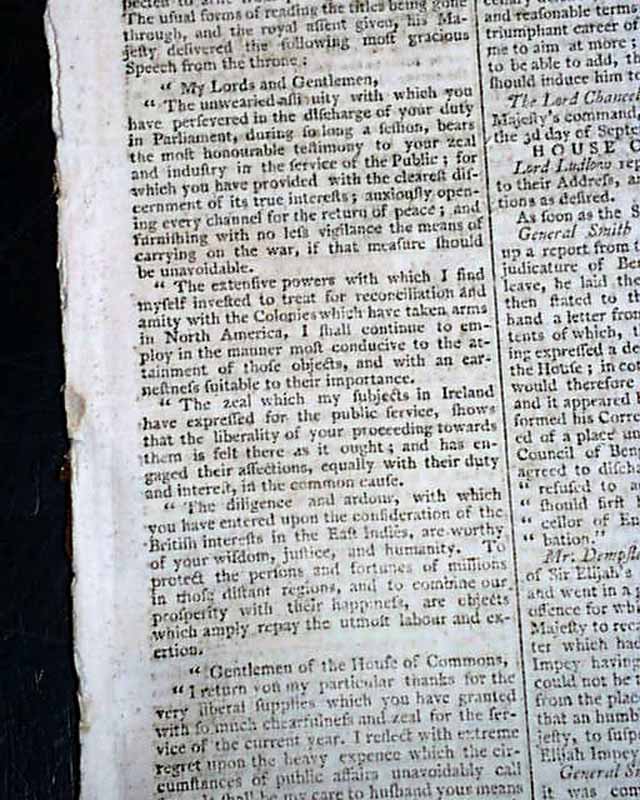 Capt. Huddy and the Asgill Affair... So much more...

The back page  has a nice report on the famous case of Capt. Joshua Huddy, a captured American patriot who was hanged by Loyalists. Huddy's death became a motive force behind one of the first international incidents of the fledgling United States when the Continental army planned to execute a young British officer in retaliation in what became known as the "Asgill Affair". The report mentions: "...then taken on shore under pretence of being exchanged, but was in fact forced to the first tree that could be found on which he was hung till he was dead, without any trial, or charge made against him. Upon this being related to General Washington, he immediately wrote to Sir Henry Clinton, insisting upon it that  Capt. Lippencourt, by whose order Capt. Huddy was hung, should be executed by way of retaliation...that unless Capt. Lippencourt was hanged, he would have one of the British officers in his possession executed for Captain Huddy...caused the British officers ...to cast lots which of them should suffer...it has fallen to the lot of a Captain Asgill...General Washington had determined that he should suffer death..." with more.
The ftpg. has an address from the King of England mentioning in part: "...The extensive powers...to treat for reconciliation & amity with the Colonies which have taken arms in North America, I should continue to employ in the manner most conducive...". Another report from the South mentions: "...had received a decisive reply from Congress upon the subject of the proposals...That they absolutely refuse to treat with this country, even upon the acknowledgment of their independence as the basis of it; that they consider independence as a blessing already in their own possession..." and more (see).
Yet another page has a letter from Guy Carleton to General Washington, with Washington's replay signed in type: G. Washington (see). Then a letter from Charleston concerning war events in that theater (see).
Eight pages, 8 1/4 by 11 1/2 inches, very nice condition.