Home > Back to Search Results > Death of Jefferson Davis...
Click image to enlarge 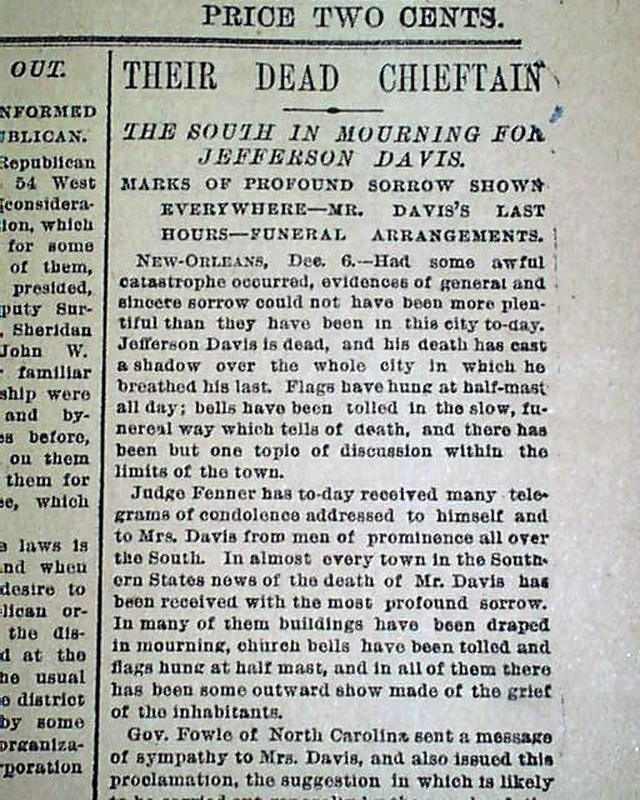 Almost the entire last column of the ftpg. is taken up with a fine & very detailed report on the death of Jefferson Davis, headed: "THEIR DEAD CHIEFTAIN" "The South In Morning for Jefferson Davis""Marks of Profound Sorrow Shows Everywhere--Mr. Davis's Last Hours--Funeral Arrangements".
Eight pages, toning throughout, partially loose at the spine, browned at the margins with a few margin tears, bit of dirtiness to the top half of the ftpg.