Home > Back to Search Results > The fate of Col. Isaac Haynes... Much on the war...
Click image to enlarge 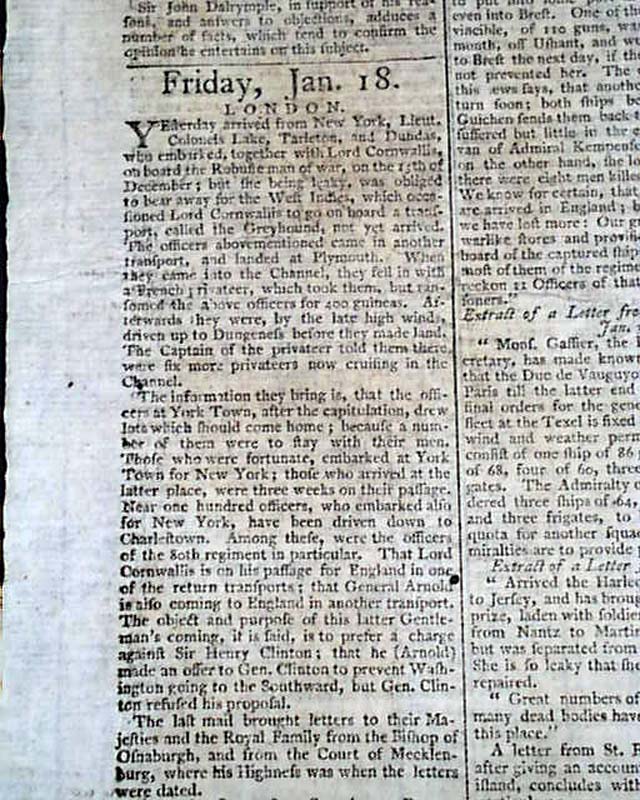 Pg. 2 has nice post-surrender reports including: "...that after the capitulation, drew lots which should come home because a number of them were to stay with their men. Those who were fortunate embarked at York Town for New York...that General Arnold is also coming to England...is to prefer a charge against Sir Henry Clinton that he (Arnold) made an offer to Gen. Clinton to prevent Washington going to the Southward but Gen. Clinton refused...".
Of significance is the full pg. 6 content concerning the fate of Colonel Isaac Haynes (see hyperlink for much on him) who was hanged by the British under controversial charges. It includes a "Proclamation" signed by General Nathaniel Green concerning retaliation for the hanging of Haynes.
Even more war content on pg. 7 & 8 with an item from Phila: "...his Excellency the Commander in Chief, with his Lady, arrived in town from Virginia. In the evening the bells were rung & other demonstrations of joy...".
Eight pages, 9 by 12 inches, never bound nor trimmed, nice condition. 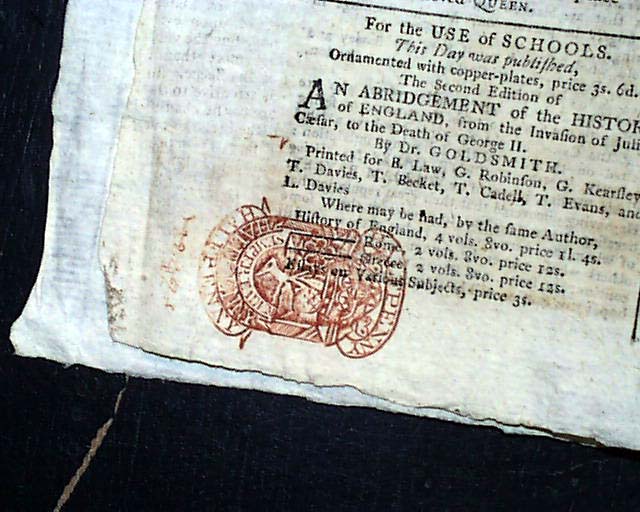 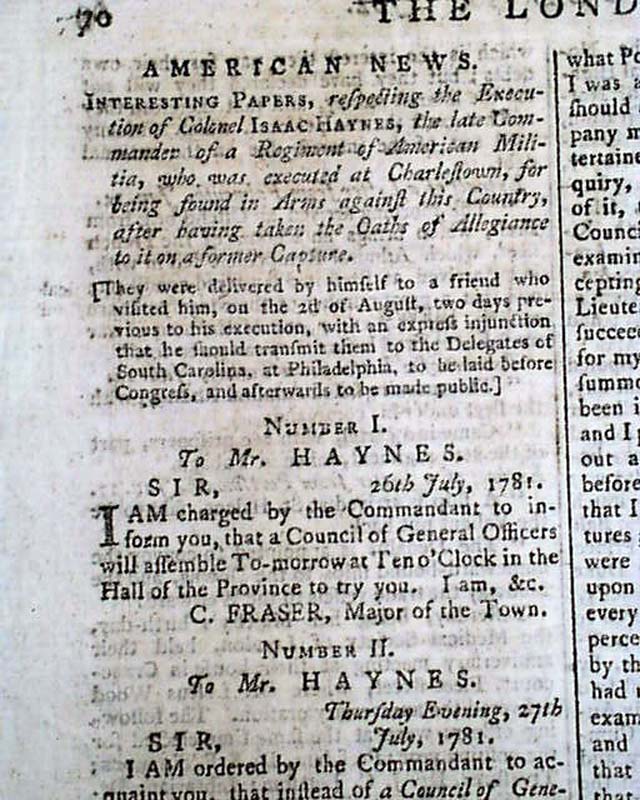 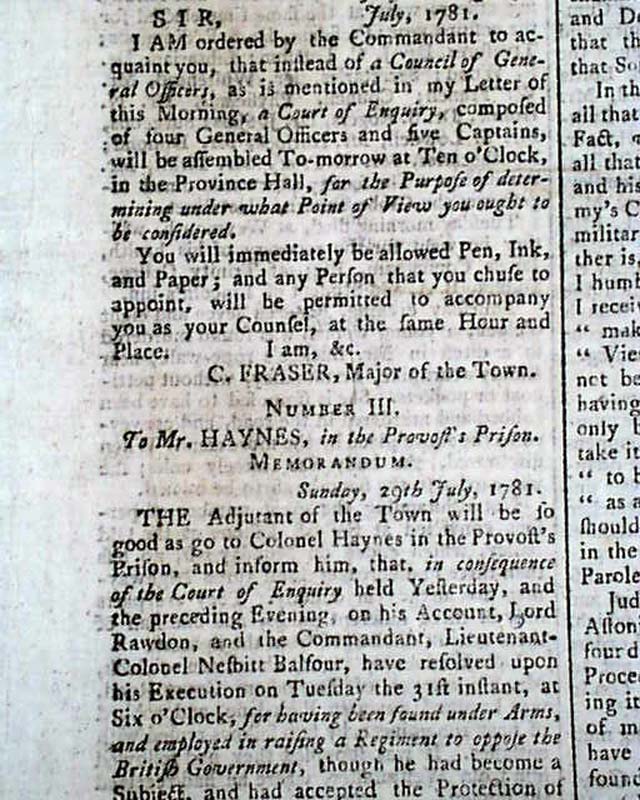 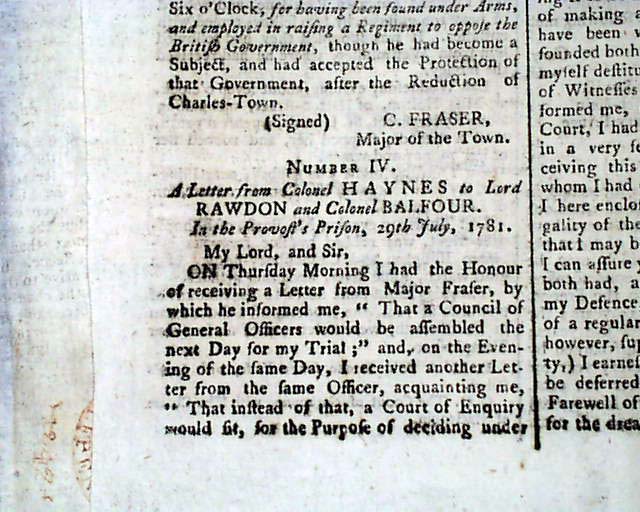 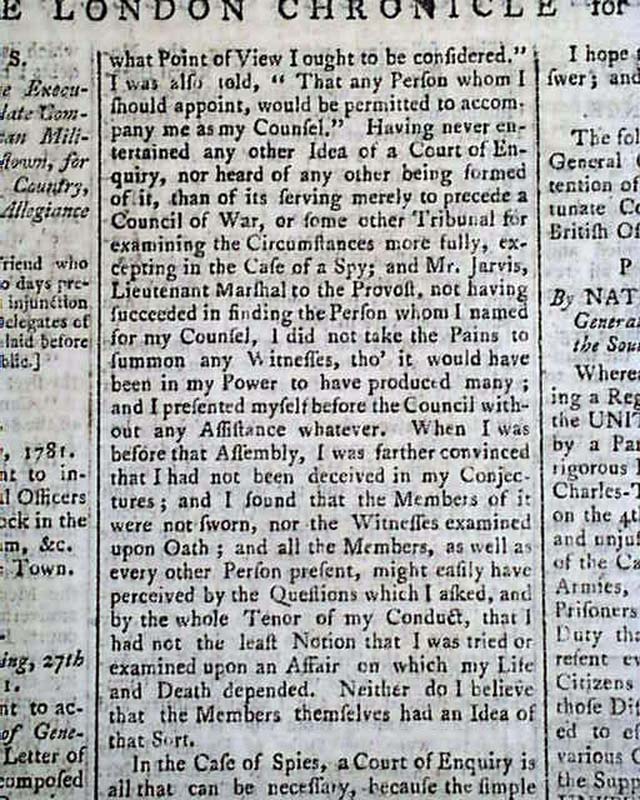 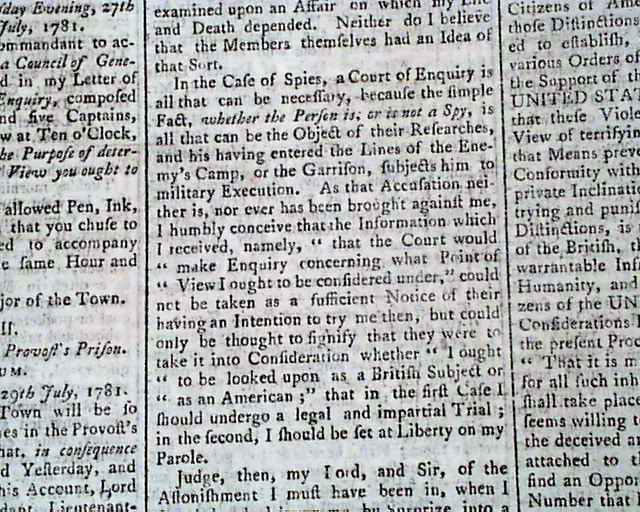 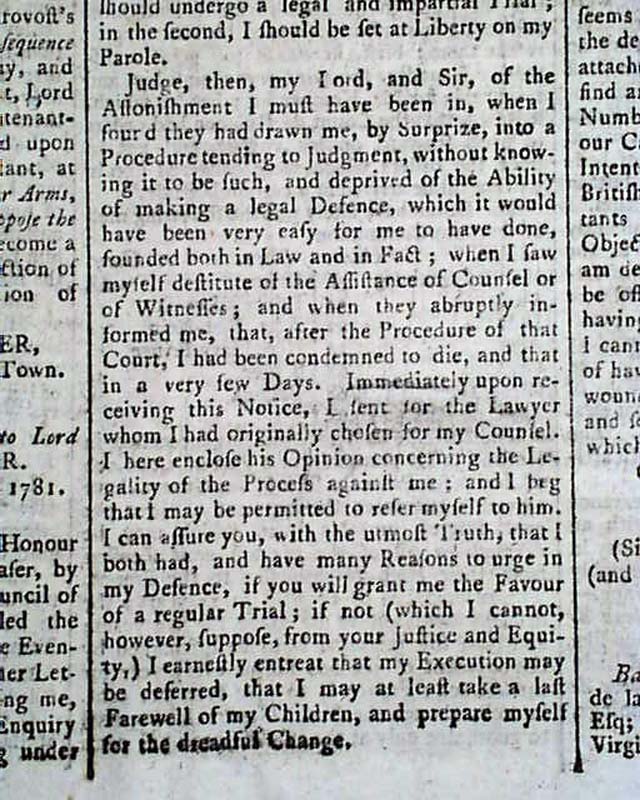 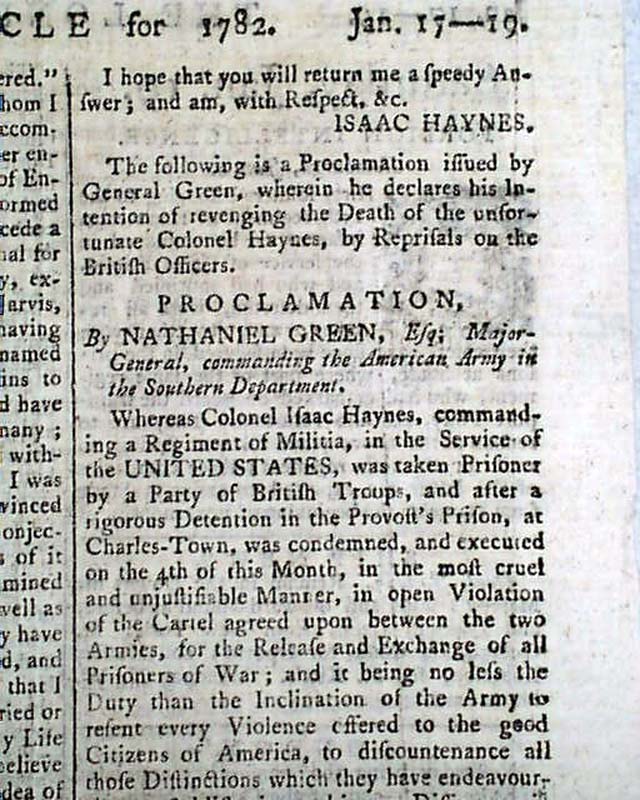 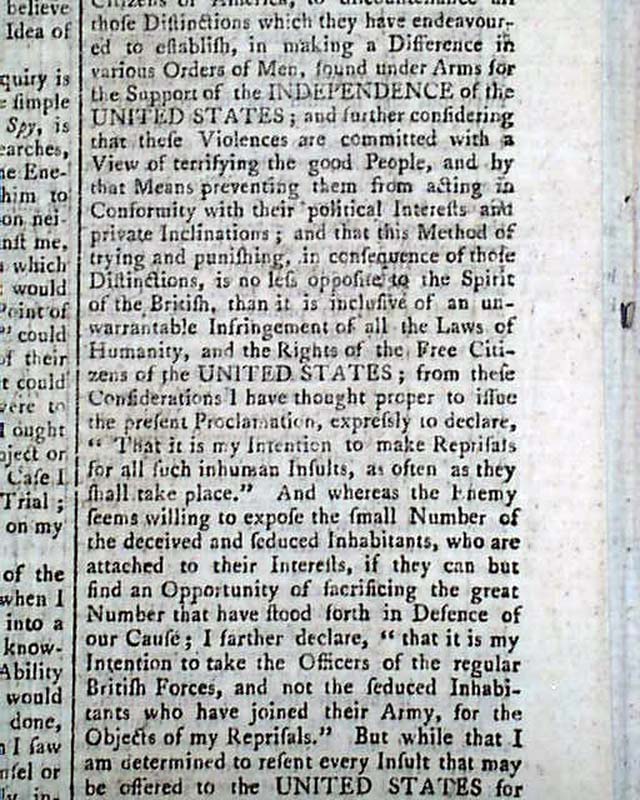 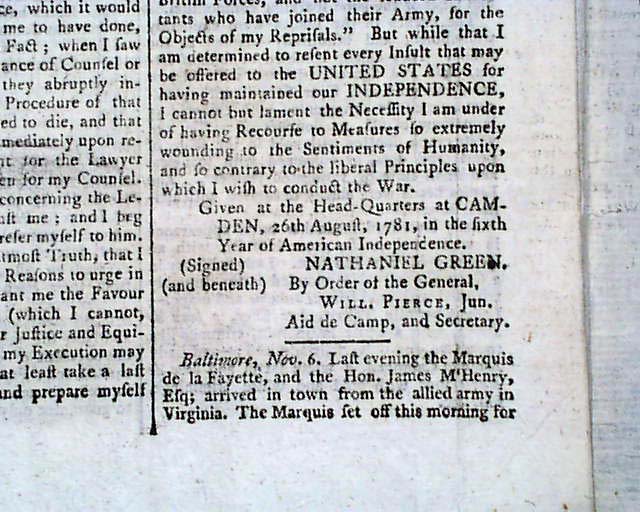 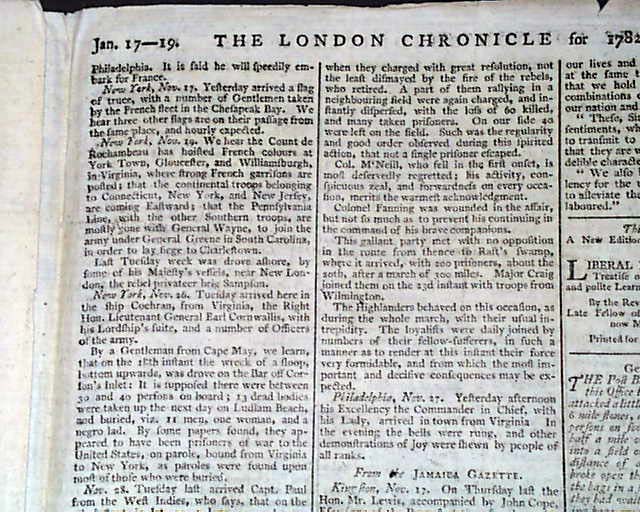 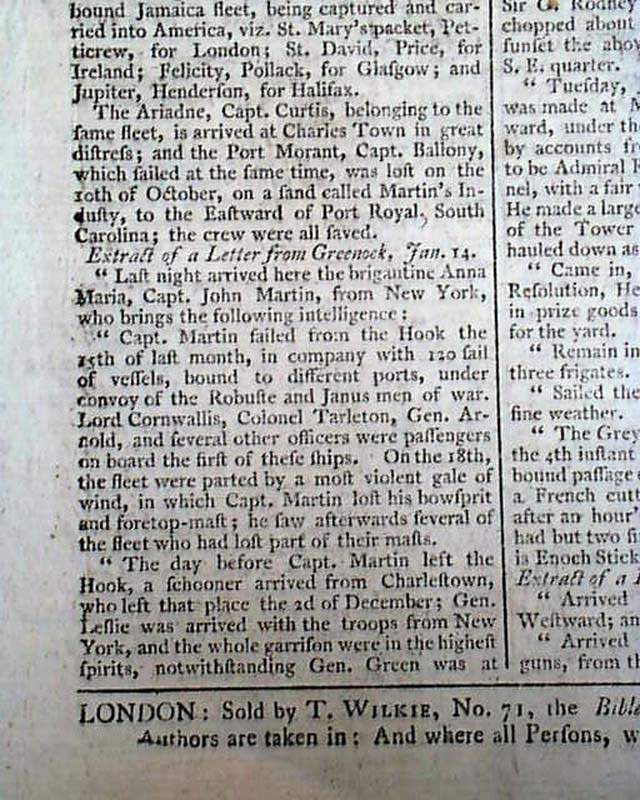 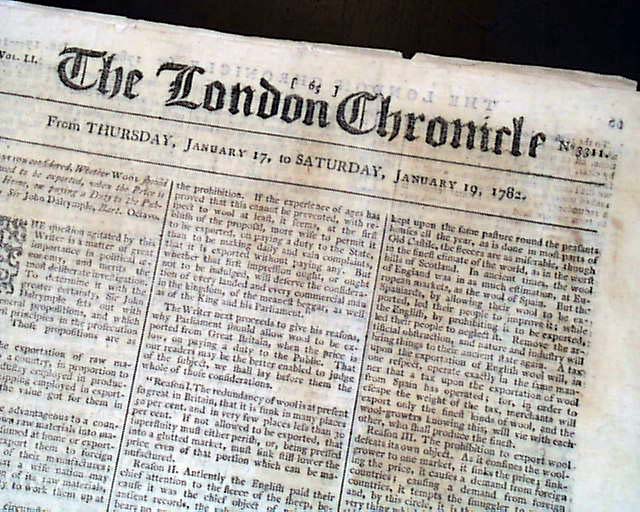 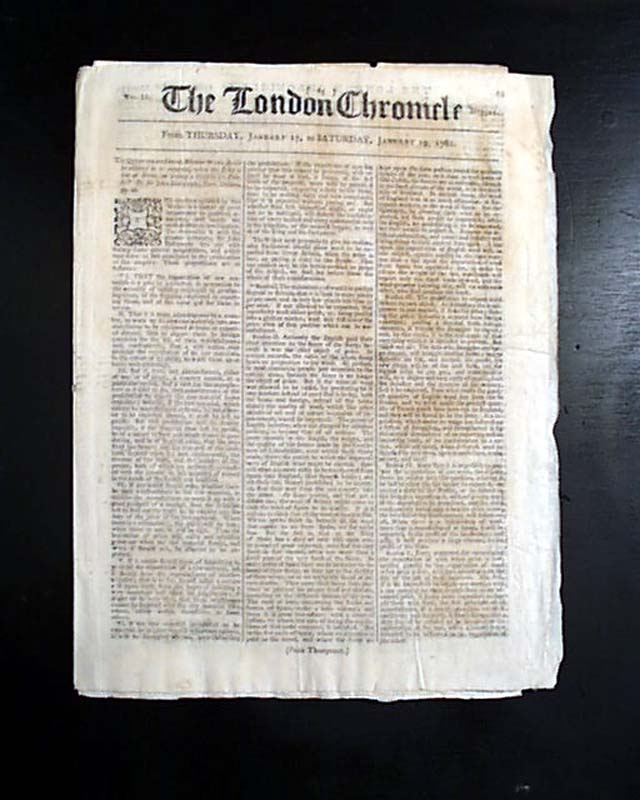