Home > Back to Search Results > Napoleon Buonaparte after his defeat at Waterloo...
Click image to enlarge 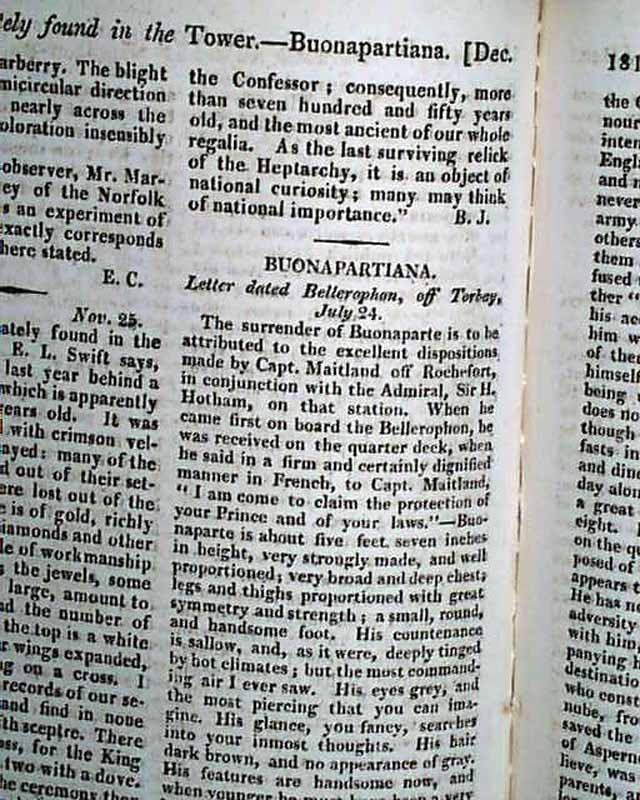 Napoleon Buonaparte after his defeat at Waterloo...

Item # 644391 THE GENTLEMAN'S MAGAZINE, London, December, 1815
This issue includes a lengthy article headed: "Buonapartiana" which is also subtitled: "Anecdotes Respecting Napoleon Buonaparte", offering considerable detail on Buonaparte as a person, and quite descriptive as well including: "...is about five feet seven inches in height, very strongly made & well proportioned; very broad & deep chest...His countenance is sallow...His eyes grey & the most piercing that you can imagine...He is rather fat & his belly protuberant..." with much more (photos show portions).
There are various reports under the heading: "America" including mention of the Creek Indians, Commodore Decatur at Tripoli, etc.
Complete with both plates called for, both prints of early churches (see photos).
Complete in 96 pages, 5 by 8 1/4 in., full title/contents page, the front cover is close-trimmed, has several tiny binding holes along the left spine, otherwise is in very good condition. 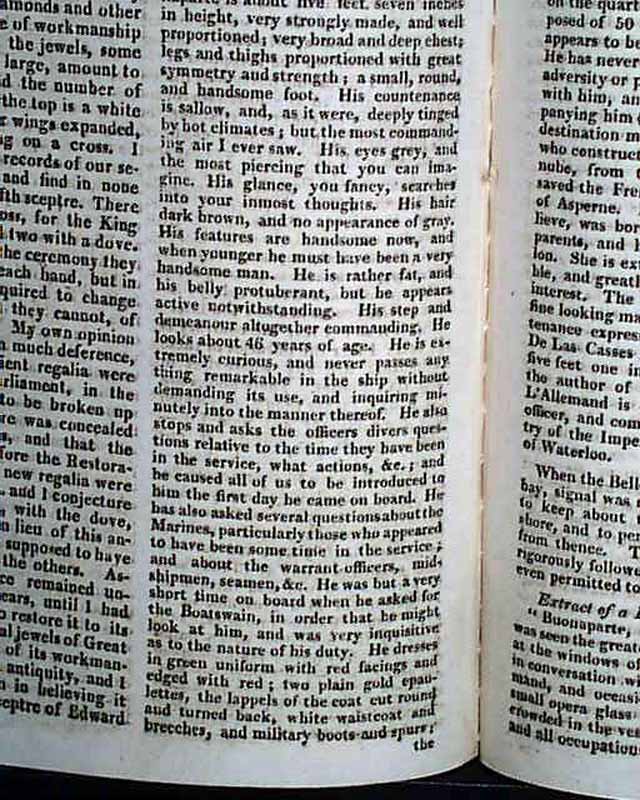 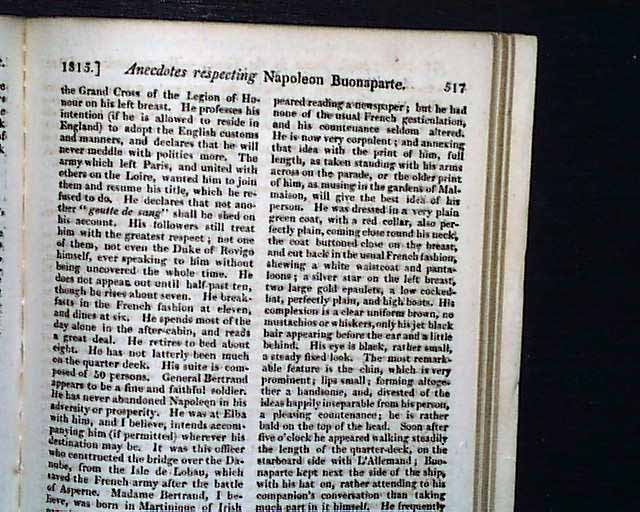 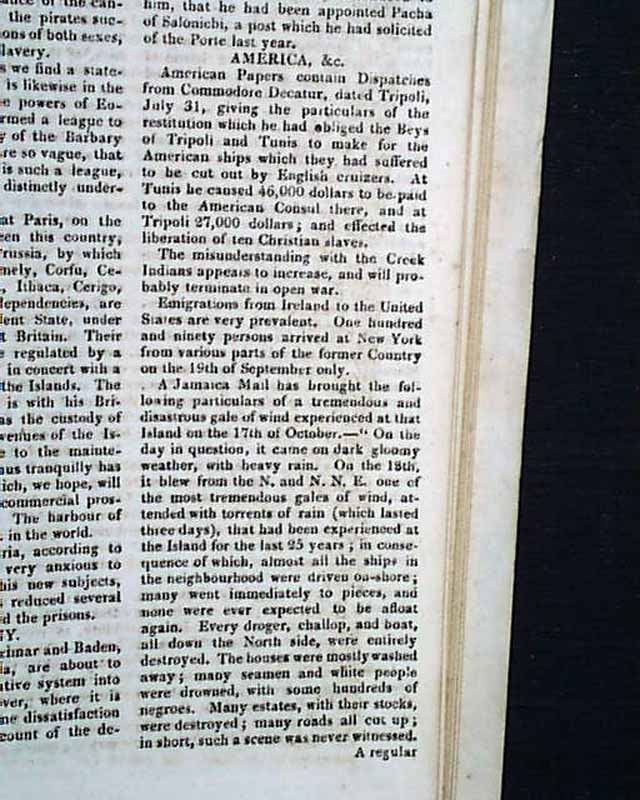 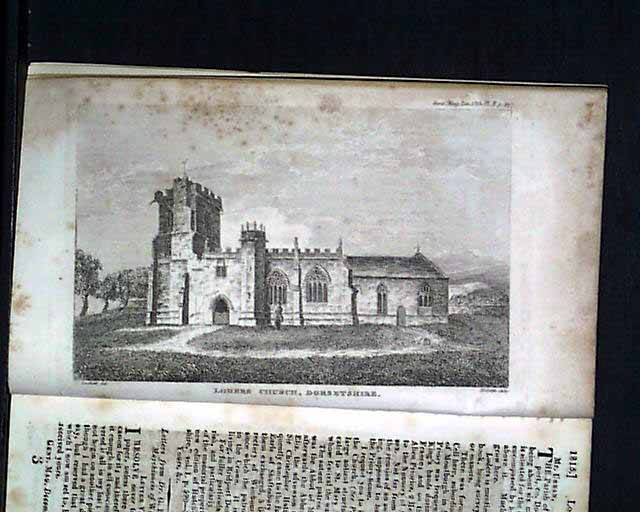 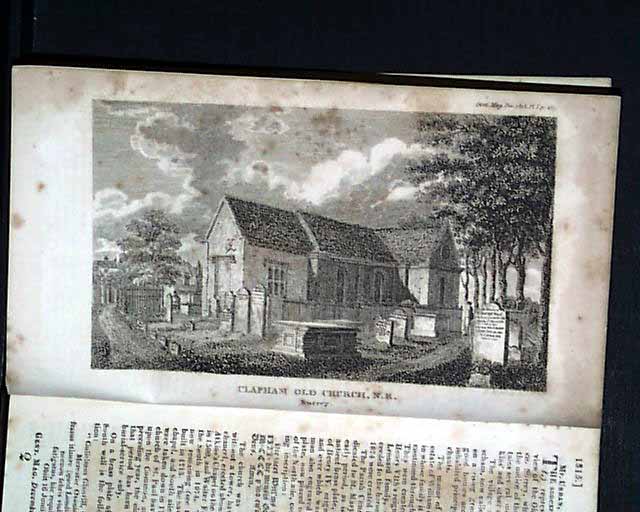 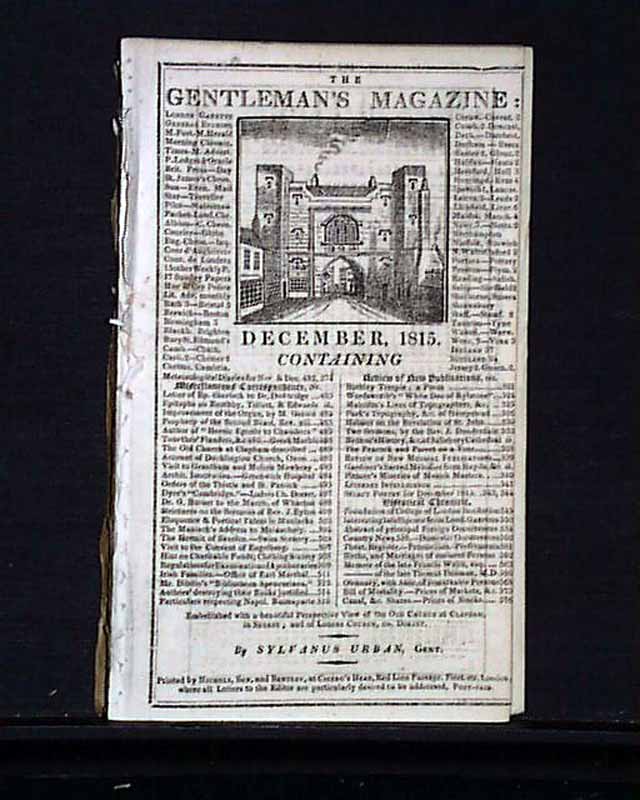