Home > Back to Search Results > Interesting items in the new Constitution... Much detail on the French Revolution...
Click image to enlarge 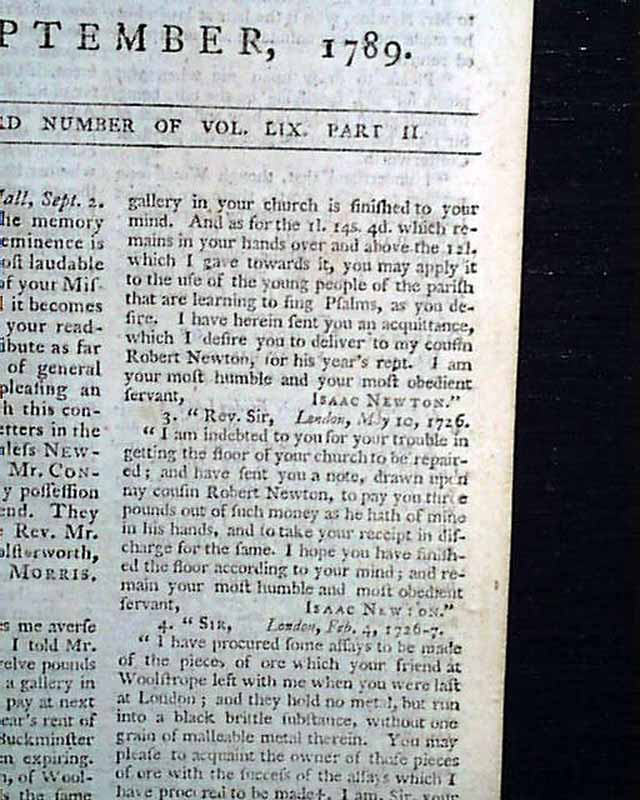 Interesting items in the new Constitution... Much detail on the French Revolution...


THE GENTLEMAN'S MAGAZINE, London, September, 1789  The front page has 4 letters signed in type by Isaac Newton from 1725-7. Other articles include: "Christianity in No Danger from the Attacks of Modern Jews" "Original Description of Lisbon Soon After the Earthquake" "Misrepresentation of the Carolina Grass Rectified" and much more. Near the back is much under the heading: "Accurate Statement of the Late Revolution in France" taking nearly 7 pages.
Of interest is news headed: "America" which notes some of the: "...articles of the new constitution most interesting to all..." which include, in part: "No state shall enter into any treaty..." & "The Senators & Representatives...shall be bound by oath or affirmation to support the constitution, but no religious test shall ever be required..." and more.
Included are the 3 full page plates called for.
Complete in 88 pages, 5 by 8 1/4 inches, full title/contents page featuring an engraving of St. John's Gate, very nice, clean condition. 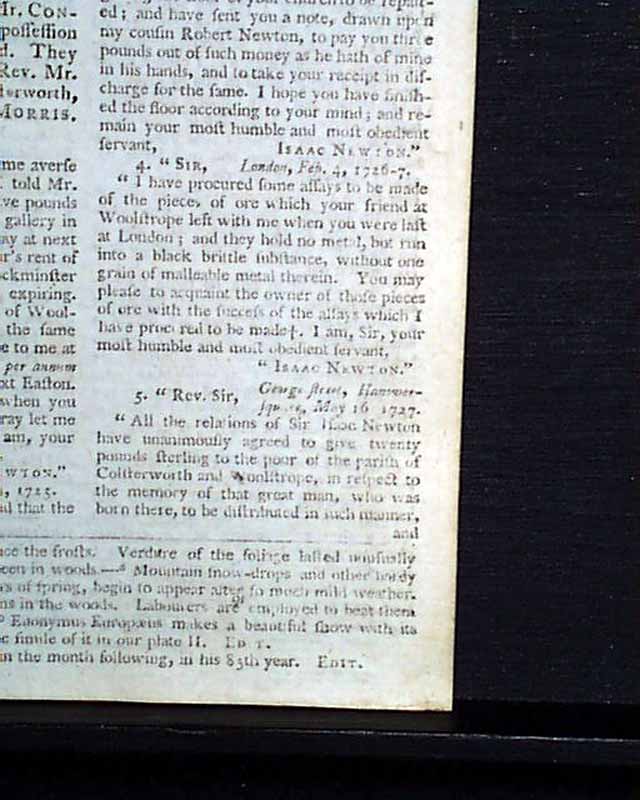 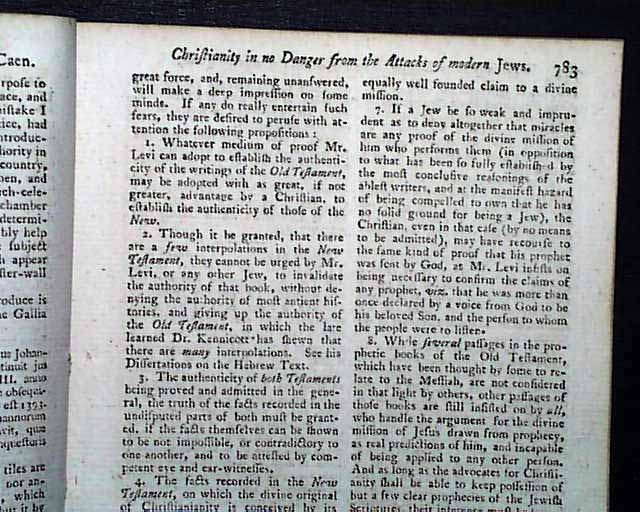 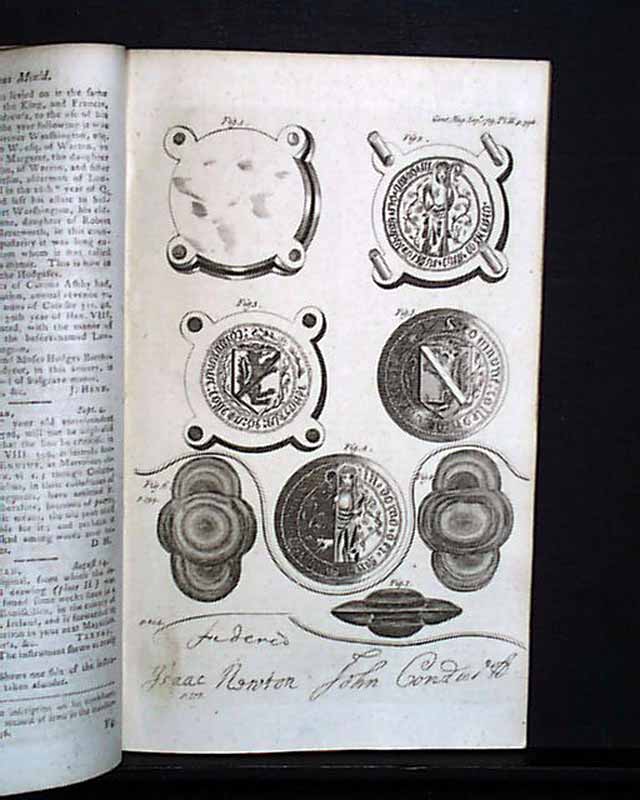 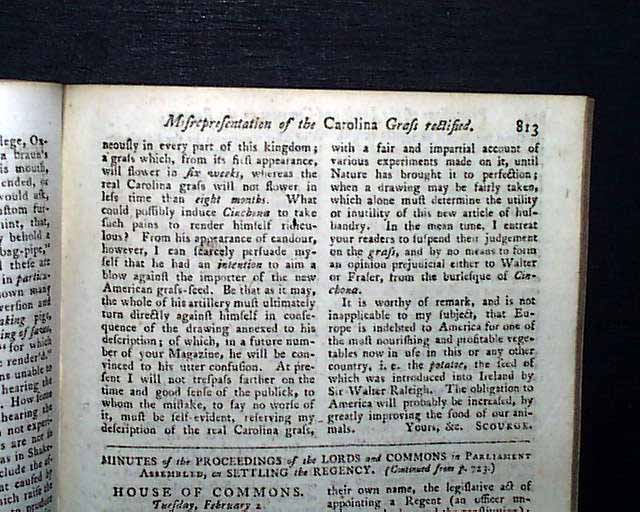 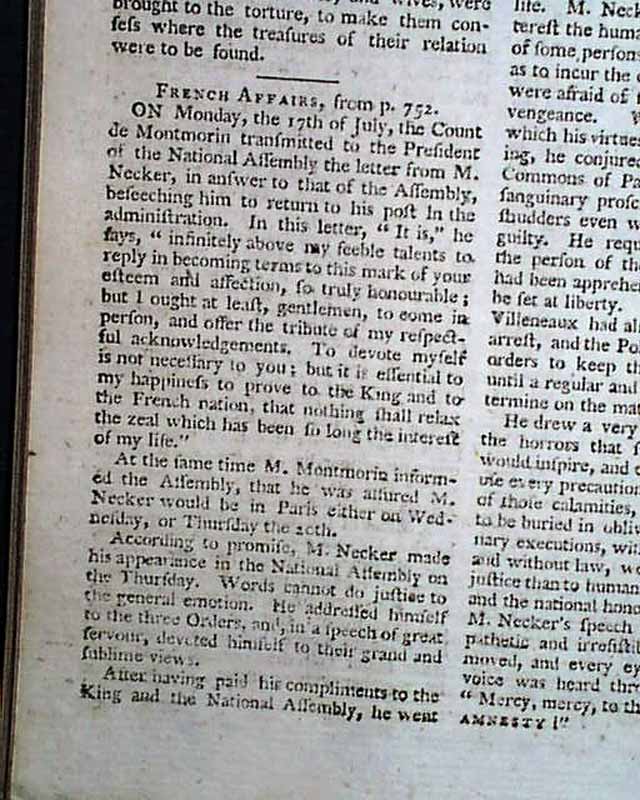 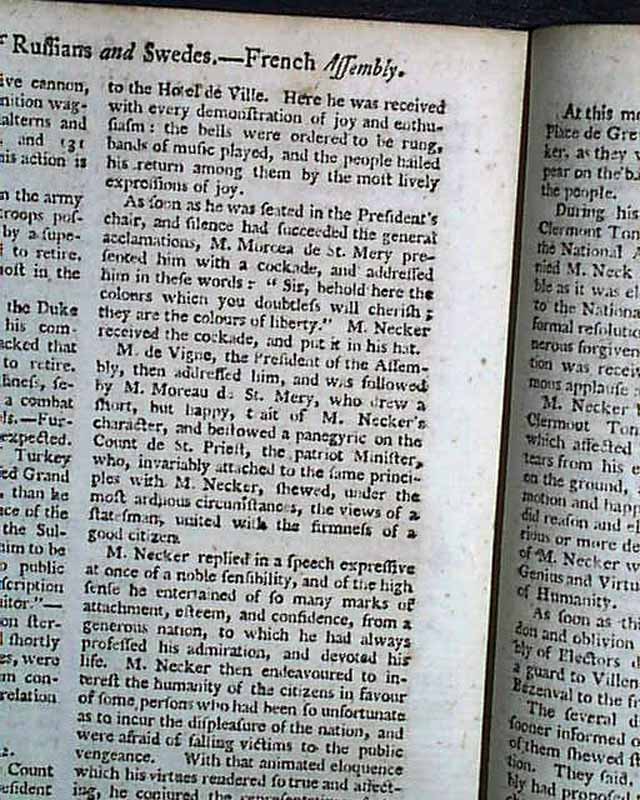 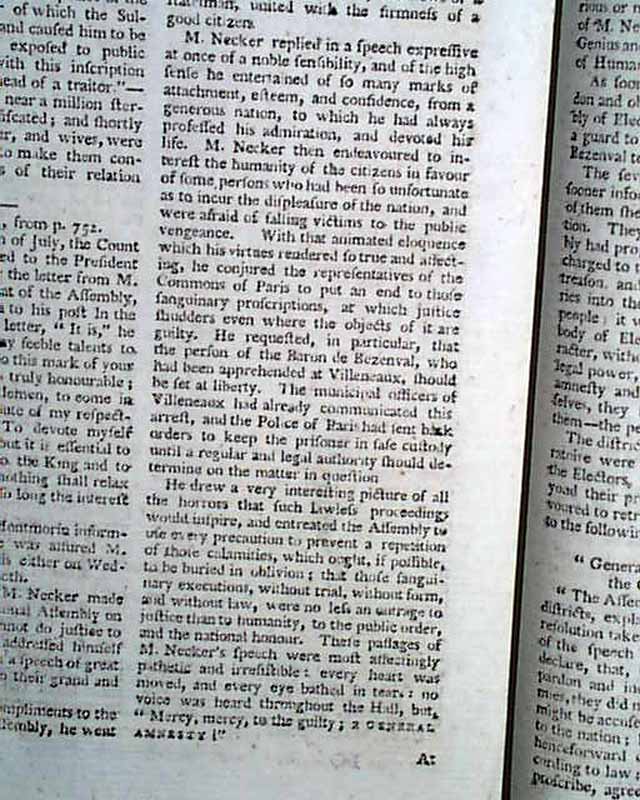 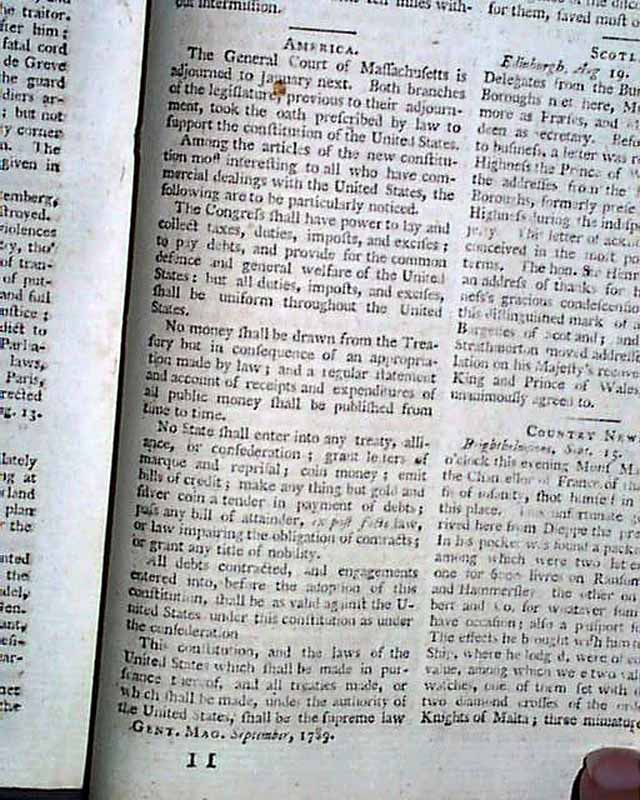 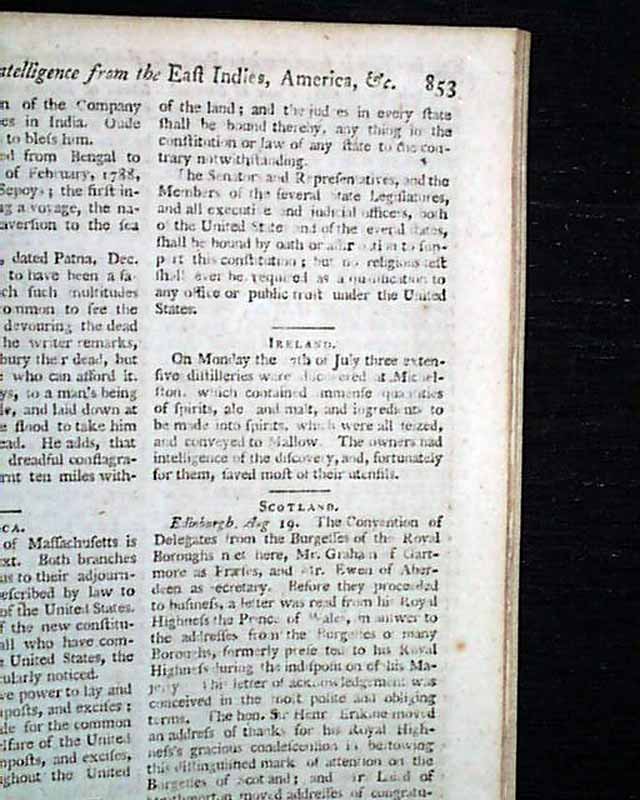 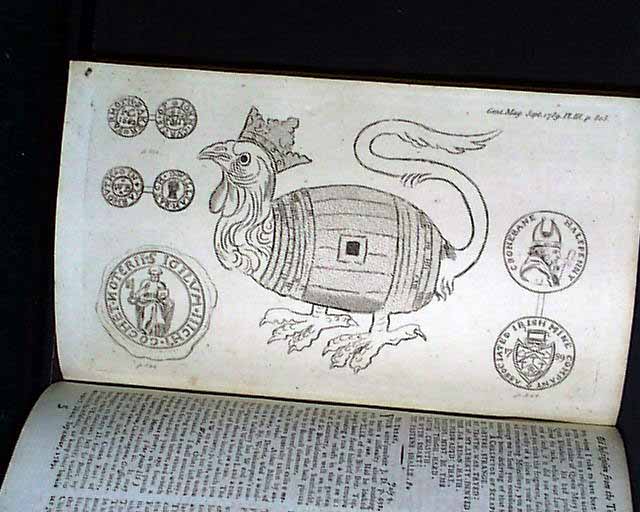 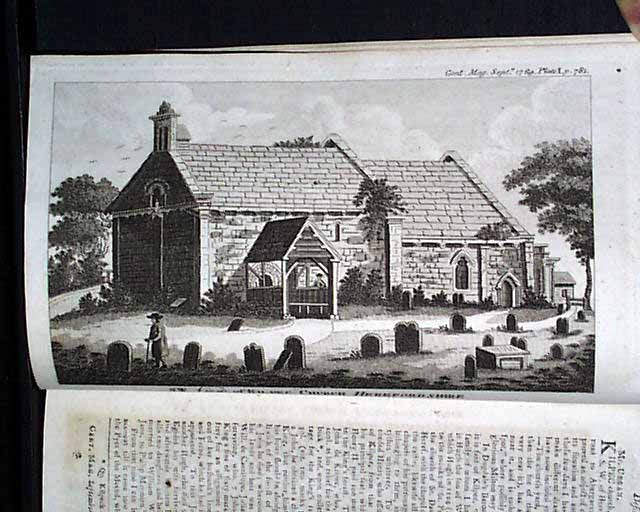 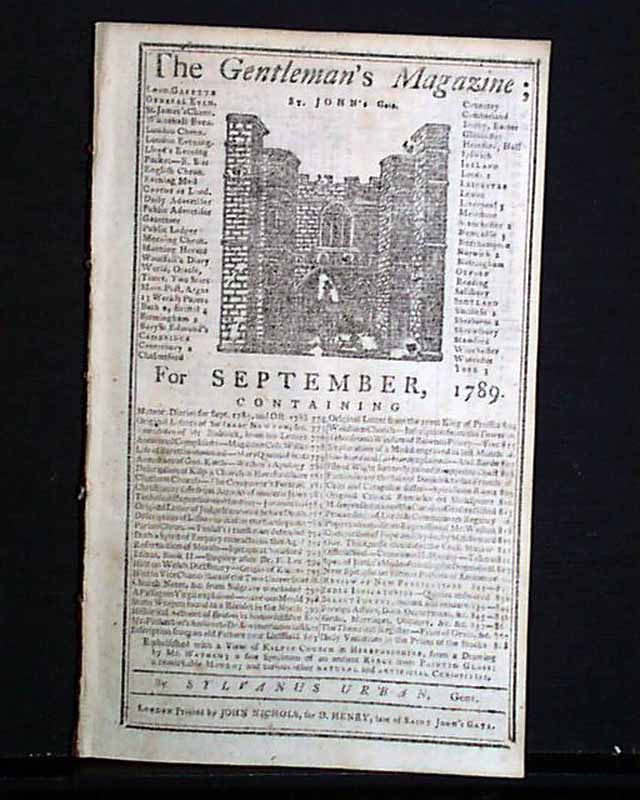